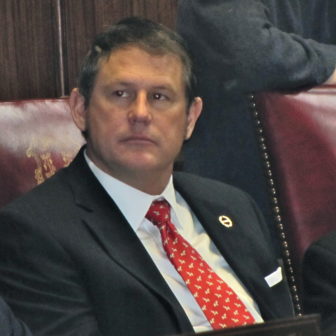 With Gov. Dannel P. Malloy and his fellow Democrats in legislative leadership bumping heads over the next budget, Senate Republicans are hoping they can coax their Democratic colleagues into bipartisan talks.

But the chances of that happening appeared slim Monday, particularly given the Senate GOP’s refusal to consider supporting any tax increases over the next two fiscal years.

“We hope Democrats in our state are beginning to realize they are only pawns in the governor’s national playbook,” the two highest-ranking Republicans in the Senate, Len Fasano of North Haven and Kevin Witkos of Canton, wrote in a joint statement. “Instead of focusing on Governor Malloy’s political future, Democrats need to focus on our state’s future. It’s time to put politics aside and work with lawmakers across the aisle to reassess this damaging budget.”

That package, which closes major projected deficits each year, includes about $1.5 billion in tax hikes, while canceling almost $500 million in previously approved tax cuts. The revenue boost prompted major corporations to warn they might shed jobs or leave Connecticut altogether.

The governor responded on Friday by proposing to roll back $224 million in tax hikes, almost entirely on business, and to make matching spending cuts. Democratic legislative leaders say they’re fearful this could undermine a new initiative to expand municipal aid, and also impose further cuts on social services and education.

The governor’s office did not respond to Fasano and Witkos’ comments.

“We still believe the best option is to reject the budget approved by the legislature and start anew,” Fasano and Witkos added in their statement. “If Democrats are open to change, let’s talk.”

But the chances of finding common ground appeared slim Monday.

Senate and House Republicans have noted frequently in recent weeks that they proposed a $39.5 billion alternative budget in late April that avoided most of the social service cuts Malloy had sought – just as the final budget does.

Technically it would reduce taxes by $270 million over the biennium. But at the same time it would cancel or delay $243 million in previously approved tax cuts. 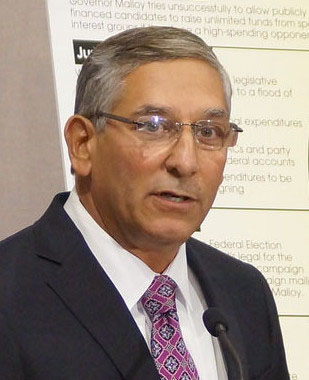 The principal objection Malloy and Democrats raised against the Republican plan was that it relied on $680 million in savings from labor concessions and wage and hiring freezes. State employee union officials already have said that workers, who granted concessions in 2009 and 2011, aren’t interested in a third round of givebacks now.  That would leave large-scale layoffs as the only option the governor would have to find the labor savings.

Democrats also questioned whether $220 million in overtime savings in the GOP plan was achievable given reductions in the state workforce since Malloy took office.

“Although we appreciate Senators Fasano and Witkos looking out for the best interests of Democratic legislators, Senate Republicans are once again proposing a hypocritical, fantasy budget,” Gabe Rosenberg, spokesman for the House Democratic Caucus, said Monday. “It doesn’t add up, and it never did.”

While the Republican budget was balanced when it was proposed, it has become more than $200 million out of balance over the biennium because of projected revenue declines.

Witkos told The Mirror on Monday that he believes Democratic and Republican lawmakers could strike a deal themselves, provided Democrats are “open to things which were not on the table,” namely labor savings.

But when pressed on whether he believed Senate Republicans would be open to considering tax increases that Democrats argue are necessary, Witkos said that isn’t likely.

“We’ve just had the largest tax increase in the history of our state,” he said, referring to the $1.8 billion annual tax hike Malloy and lawmakers approved in 2011 to close a historic shortfall left by Gov. M. Jodi Rell and the 2010 legislature. “And that’s not what the people want.”