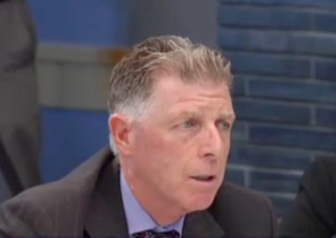 Michael Gargano, whose departure as provost of the state’s largest public college system stoked faculty discontent with the system’s administration, has landed a new job as the president of St. Vincent’s College in Bridgeport.

“I look forward to building on its strong foundation of excellence,” Gargano said in a press release announcing his appointment.

St. Vincent’s College is a non-profit school that largely offers medical degrees and certificates and enrolls just under 1,000 students each semester.

Gargano was a major source of controversy at the Connecticut State Colleges and Universities system during the fall of 2010.

Gargano’s departure immediately after meeting with then-Board of Regents President Gregory Gray set off a firestorm of backlash from many faculty, who believed Gargano was their champion for changes they wished to see in the 90,000-student college system. Gargano resigned after just over seven months on the job.

He starts his job in Bridgeport next week.