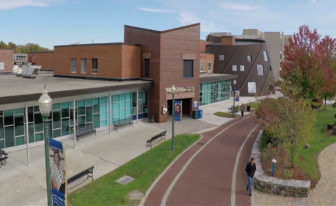 Board of Regents President Mark Ojakian on Thursday asked the thousands of state employees who work at the 17 public colleges and universities he oversees to volunteer to take furlough days to help close the system’s budget shortfall.

“Given our current fiscal reality and the uncertainty around a final Fiscal Year 2017 budget, we must explore all conceivable strategies for increasing revenue and decreasing expenditures,” said Ojakian. “I am hopeful that these steps will identify volunteer opportunities to save resources while at the same time we explore other cost saving measures.”

On Wednesday, Ojakian wrote the presidents of the four regional state universities, 12 community colleges and online college to request they email employees to inform them of this step that is necessary in “confronting the serious challenges facing CSCU.”

“Employees who participate in the program are held harmless for benefit purposes, but they receive no ‘quid pro quo’ for their positive impact on our budget,” he wrote. “I am hopeful that these steps will identify volunteer opportunities to save resources while at the same time we explore other cost saving measures.”

Even after factoring in recently adopted tuition hikes that are expected to generate an additional $19.2 million in revenue, the college system is facing an $18.1 million, or 1.5 percent, structural shortfall in its nearly $1.3 billion budget.

But college officials have warned the deficit projection may quickly rise because it represents a “best-case scenario” based on several very optimistic assumptions. For example, if enrollment drops 2 percent, as has been the case in recent years, the deficit will balloon by another $8.4 million.

Ojakian’s request comes as the college system faces a cut in state aid and Gov. Dannel P. Malloy has begun laying off employees in various state agencies to close a looming $930 million budget deficit for the fiscal year that begins July 1.

Because personnel and budget decisions for the state’s colleges rest with their presidents and governing boards, it was not immediately clear whether college employees would be getting layoff notices as well.

No layoff notices have gone out so far at schools governed by the Board of Regents.  “We have not gotten that far yet,” said Maribel La Luz, the college system’s spokeswoman.

Ojakian and his staff have been negotiating with the system’s labor unions with the goal of achieving savings from labor, but no agreement has been reached yet.

Separately, officials at the University of Connecticut are working to close its budget shortfall by slowing its hiring considerably.

“Each decision about whether to fill a position is carefully scrutinized. UConn has not asked any employees to take voluntary furlough days. Since last August, there have been a small number of workforce reductions, totaling 11 positions, that were eliminated as part of reorganizations. There are no immediate plans for large-scale reductions to the workforce, but all managers have been asked to find ways to reduce costs in their departments. There remains a great deal of uncertainty around the final shape of the state budget, which ultimately will play a major role in how we best manage our resources,” said Tom Breen, a spokesman for UConn.