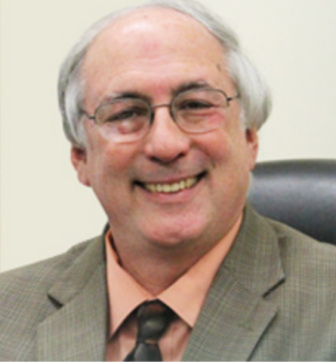 Both the state Freedom of Information Commission and the state’s leading right-to-know advocacy group warned Friday that a proposed 20 percent budget cut for the commission — and the possible transfer of its public information officer into Gov. Dannel P. Malloy’s office — could greatly weaken state government transparency.

But the Senate chair of the General Assembly’s Appropriations Committee, West Hartford Democrat Beth Bye, warned that the FOIC’s funding is far from settled, and many alternatives remain on the table.

“We are chipping away at the commission’s independence,” Colleen Murphy, executive director of the FOIC, said. “The beauty of the commission is that it doesn’t have to answer to any political party, philosophy, candidate or individual official.”

The $19.73 billion budget the legislature’s Democratic majority proposed Thursday for the fiscal year that begins July 1 included just under $1.4 million for the commission, which is down $339,552, or 19.6 percent, from the funding included in the preliminary 2016-17 budget enacted last June.

But that preliminary plan is estimated to be $960 million in deficit.

This cut would require the elimination of at least two or three positions on the commission’s 15-member staff, Murphy said.

But the new Democratic budget also includes an initiative to consolidate state agency public information officers. About 15 positions from more than a dozen agencies would be moved into the governor’s office, which would be expected to eliminate about one-third of them.

Among the agencies targeted to lose a spokesperson would be the FOIC.

But Murphy and others argued that Thomas A. Hennick of Durham, a 15-year veteran of the commission staff, serves a much broader role.

As public information officer, Hennick actualy does not spend most of his time making public statements on behalf of the commission. Rather he is charged with running the commission’s educational and training programs.

And while the commission can impose fines for egregious violations, in most instances when the right-to-know law is broken, violators are ordered to participate in an educational program, Murphy said.

Hennick also is the commission’s chief mediator. And while the FOIC is already struggling to handle a caseload that includes close to 1,000 complaints per year, Hennick’s post helps reduce that number by working with parties to settle disputes before they reach the hearing level, Murphy said.

“We try to use education as a tool,” she said. “Tom is the person who does that. The FOI law should not be a punitive instrument.”

But if Hennick’s post is transferred to the governor’s office, Murphy said, it could be eliminated or merged with another and given new responsibilities. In any event, the spokesman probably would have far less time to spend mediating FOI disputes and running right-to-know training programs.

“The Freedom of Information Commission tends to get in the newspaper when it issues a decision, but that is just the tip of the iceberg,” said Hartford attorney Daniel J. Klau, legislative chairman for the Connecticut Council on Freedom of Information, a coalition of news organizations and other right-to-know advocates. “The rest of the iceberg under the water is everything the FOI Commission does to prevent violations from happening. Tom is the leader of that effort.”

CCFOI and the commission also argued it would be inappropriate for a watchdog state agency to have any staff under the supervision of the governor, or any other elected official.

“This is really tying the FOIC’s hands behind its back,” Klau said.

Bye responded Friday that legislators are not trying to change the commission’s watchdog status, only to close a major budget deficit.

“Nothing is fixed,” Bye said. “The intent was just to move (spokes)people in the executive branch” into the governor’s office. “We’re still looking at it.”