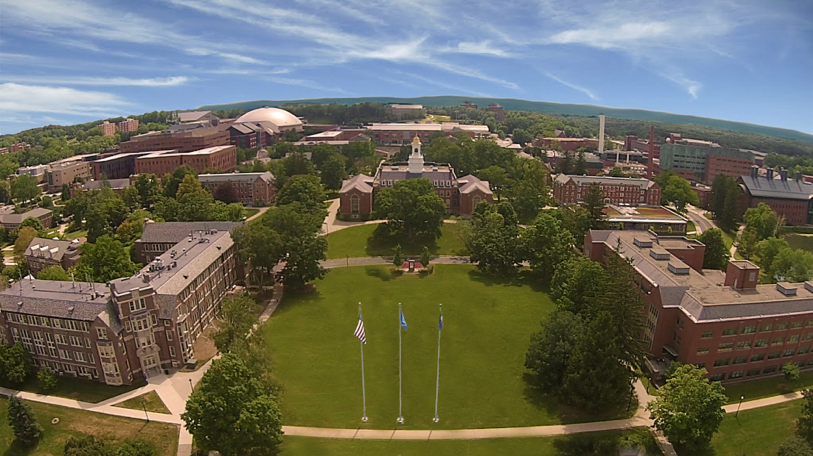 The University of Connecticut

Several members of the University of Connecticut’s governing board were presented Wednesday with a $1.33 billion budget proposal that increases spending by $24.5 million — a 2 percent increase.

UConn expects its revenue to increase by roughly the same amount, largely because of tuition and fee increases.

But UConn officials say the increase won’t cover what it would need just to continue providing existing services.

The budget proposal plans for a very minor increase in the number of students enrolled from this year to next, and a reduction of 32 full-time staff. While none of those jobs are faculty positions, over the last two fiscal years the school reduced the number of faculty as enrollment increased by hundreds of students.

As a result, the school’s student-to-faculty ratio will continue to slip a fraction of a percent under the new budget.

“We are seeing some slippage,” UConn President Susan Herbst told the six members of the UConn Board of Trustees during a two-hour budget workshop at the UConn School of Law. “This is going to happen across the board, whether it’s research productivity or the time it takes for students to graduate or retention. The more the budget cuts hit us, the more these indicators will slip.”

If the university were to spend what it reports it needs to continue providing existing programs, services, finanical aid and a 1.5 percent pay raise for staff, it would have needed to increase spending by $40.6 million.

The board separately heard a $1 billion budget proposal for the UConn Health Center, which would increase spending by $25 million – a 2.5 percent increase. However, officials report they would have needed to increase spending by $48 million to continue providing existing programs and pay raises.

The full Board of Trustees is expected to take up the budget proposals during its June 29 meeting.

Correction: An earlier version of this story said four trustees attended the budget workshop. Two others attended by speakerphone.