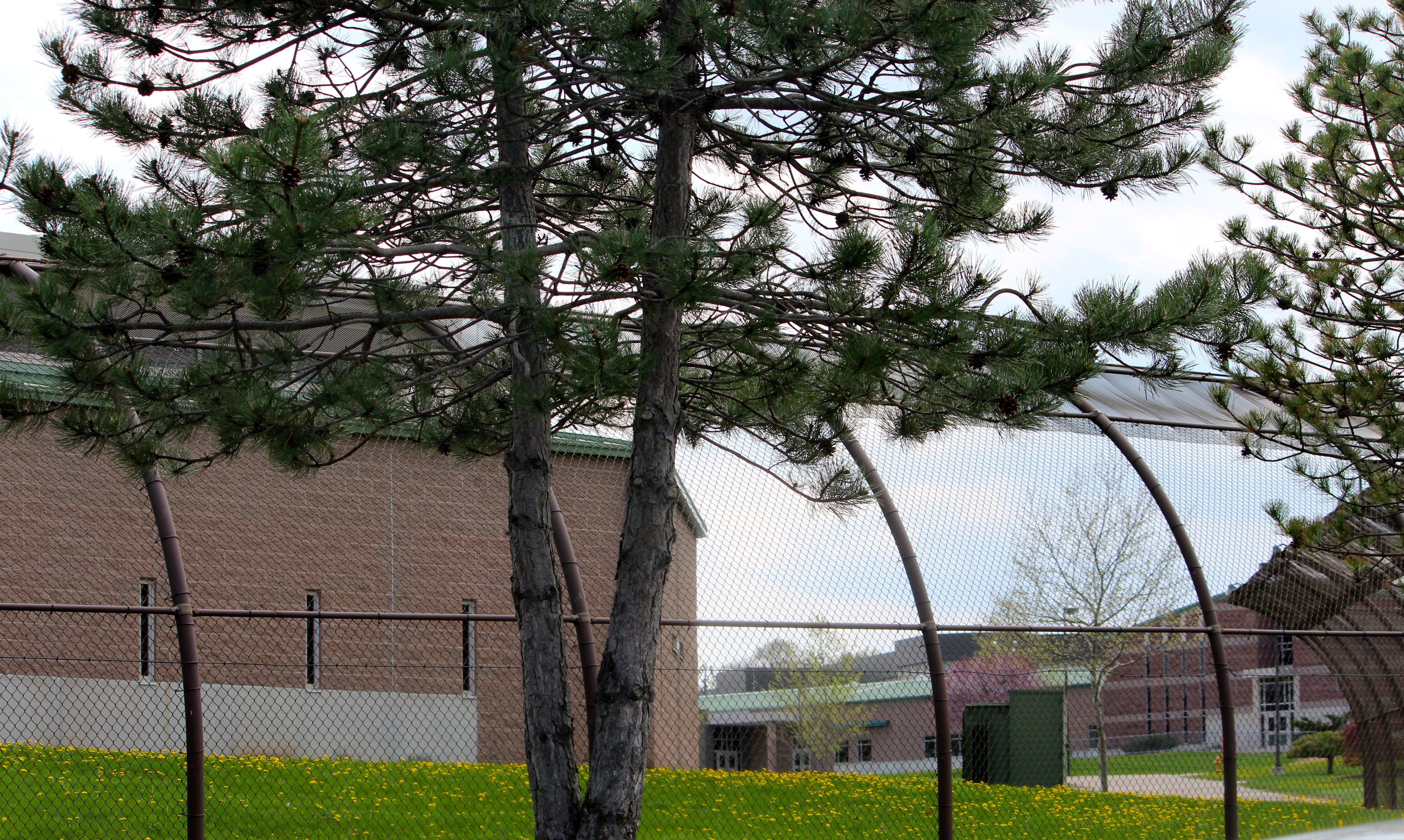 The report may be titled “Plan for the Closure of the Connecticut Juvenile Training School,” but the state’s child welfare agency provides few details on how the controversial jail for young offenders will be shut down, and even allows for the possibility that it never does.

“It’s really superficial,” said Martha Stone, the leader of the Center for Children’s Advocacy, whose attorneys represent youths involved in the juvenile justice system. “All of the buzzwords are there. Where’s the meat on the bones?”

The highly anticipated report, released Friday by the Department of Children and Families to the state panel overseeing juvenile justice, devotes three sentences of the 10-page report to options for closing the facility in Middletown.

The report instead focuses on how to improve secure detention, whether that’s at the existing location or elsewhere, and how to reduce the need to lock up youths.

“The environment in which any future facility exists must support serving more youth in the community,” reads the report, written by Fernando Muñiz, deputy DCF commissioner that was emailed Friday to members of the state’s Juvenile Justice Policy and Oversight Committee.

In an effort to close CJTS, the department plans to host forums with non-profit service providers to “explore options for serving some of [the youth] through contracted services.” Another option includes identifying alternate state properties in the future to repurpose for youth who are convicted of committing crimes not serious enough to land them in the adult corrections system.

The last option: “Develop a plan for modifying CJTS if alternate locations cannot be found.”

Calls for a new facility have been mounting for years. CJTS was built as a maximum-security facility with high fences, locked rooms, slit windows and bolted-down furniture. Advocates have asked for a less prison-like facility and a more therapeutic environment. 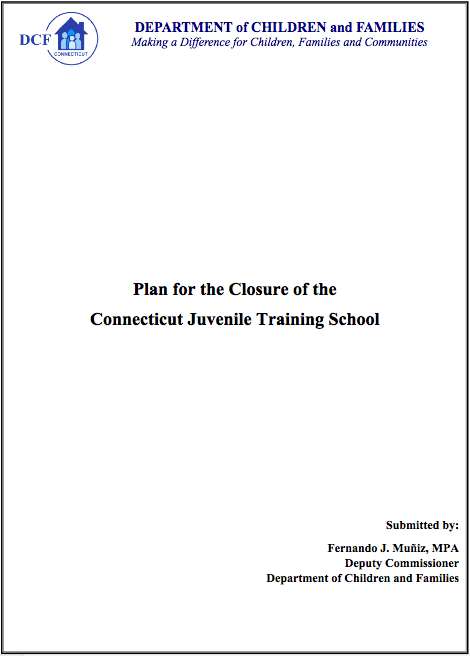 The report – which comes eight months after Gov. Dannel P. Malloy called for the closure and after years of controversies over how youth are treated at the facility – differs from the previous administration’s plan to shutter the facility.

That plan – created by Republican Gov. M. Jodi. Rell’s DCF commissioner in 2005 – offered specific alternatives to the maximum-security facility and the price tag for a redesign of the juvenile justice system. That plan did not move forward because of cost and local resistance.

The Malloy administration this spring described a minefield of obstacles to closing the facility and hinted they were reconsidering it.

“The decisions that will need to be made with respect to location and programming are all not going to be as easy as one might hope,” Ben Barnes, the secretary of the Democratic governor’s policy and budget office, told the state panel that oversees juvenile justice in June. “…saying we’re going to close a program we don’t like is the easy part, Barnes said. The part about what the successors to that look like are a quite bit more complex.”

The obstacles Barnes listed included limited interest by private providers in running programs for youth with criminal convictions and potential pushback from local leaders and residents to a facility in their neighborhood.

Stone a member of the state’s Juvenile Justice Policy and Oversight Committee, said she is frustrated that the so-called plan offers only broad goals.

“It’s more like an outline than a plan. It doesn’t really provide any detail about how they are going to get to a plan,” she said during an interview. “We’ve waited a lot of time for this plan. I thought it would be a lot more detailed.”

Abby Anderson, the executive director of the Connecticut Juvenile Justice Alliance, also was disappointed with the report.

After holding 20 forums, Muñiz writes, there is a “consensus across Connecticut about the pressing needs of the youth in the juvenile justice system and potential strategies to ensure more youth are served in the community and not in secure confinement.”

DCF envisions a better way to work with incarcerated juvenilesJuvenile justice reform in CT: 5 things to knowYouth incarceration down; obstacles remain for some dischargesClosing CT’s juvenile jail: Opportunities and obstacles ahead

Those needs include more vocational training, substance abuse treatment, housing, transportation so families can participate in their children’s treatment, and allowing youths to continue receiving services even after they are no longer in DCF custody.

Other recommended changes include requiring staff to check on youth more frequently after they are released from CJTS and involving youth service officers in the treatment of incarcerated youth. Their present role focuses on security,

How the agency plans to pay for these “enhanced” educational and service opportunities remains to be seen. The report offers no explanation but does say the costs will be minimal.

“Many of the recommendations in this plan can be implemented with no-cost or low-cost to the state. In the short-term, the focus should be implementing these no-cost or l0w-cost changes to policies and practices that will promote better treatment planning, supervision and services for youth,” the report reads.

The state is facing deficits in each of the next several fiscal years, including a projected $1.3 billion shortfall for the fiscal year that begins July 1.

“It’s ambiguous about whether this is a commitment to new services. The plan’s goal is to preserve existing services or provide services at no additional cost or low-cost,” said Stone. “There is no cost analysis here.”

In recent months, the lack of programming has kept several youths from leaving CJTS or being placed on waiting lists once they are released.

The timeline for implementing these recommendations will be presented to the juvenile justice oversight panel in September.

“The timeframes for the plan have been left intentionally blank during the public comment period. Once we have received and incorporated feedback into the final plan, we will develop a timeline for the implementation of the action steps,” Muñiz wrote the panel Friday.