The panel working to fix state government’s spending cap is caught between the proverbial rock and a hard place.

Connecticut households’ personal income — one of the key factors in determining how much state spending can grow — has been limping forward since The Great Recession.

According to the Office of Policy and Management, personal income growth in Connecticut between 2008 and 2013 averaged 1.8 percent.

“The fact of the matter is, personal income got hammered” during the last recession, said Peter Gioia, chief economist for the Connecticut Business and Industry Association. “The whole idea of the cap was to reflect the ability of the Connecticut citizenry to pay. And this says, ‘Guess what, they can’t afford it.’”

The 1991 General Assembly tried to temper outrage over enactment of the state income tax by drafting a statutory spending cap. Voters would add the cap requirement to the state Constitution one year later by adopting the 28th Amendment.

The cap is supposed to keep spending increases in line with the annual growth in personal income or inflation, whichever is larger. For most of the cap’s history, the legislature has relied on personal income.

The cap system uses an average of personal income growth over the previous five years. That means that the sluggish growth years immediately following the last recession — which ended in 2010 — will continue to limit spending growth under the current cap system. 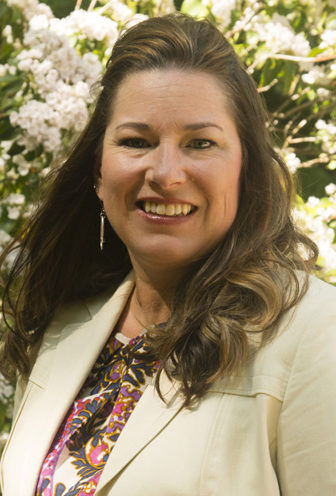 Rep. Melissa Ziobron of East Haddam, a member of the spending cap panel and ranking GOP representative on the Appropriations Committee, said some legislators still won’t accept that Connecticut’s economy isn’t as strong as it was before the recession. “They think Connecticut is full of people that have lots of flexible and disposable income,” she said. “Those days are gone.”

“We need to continue to adjust to a new economic reality,” said Malloy’s budget director, OPM Secretary Ben Barnes. “It’s our objective to make decisions that put the state in a much better place moving forward. The decisions we’re making are no doubt difficult, but they are the right ones for Connecticut’s long-term future.”

A struggle to comply with the cap

But there is another big complication.

For more than a decade now, the cap system has struggled to keep pace with surging and mandatory payments for workers’ retirement benefits. After failing to save properly for decades, Connecticut began to feel the weight of its long-term obligations badly by the mid-2000s.

For example, while the cap system has tried to keep spending growth below 2 or 3 percent in recent years, pension and retirement health care costs experienced double-digit percentage growth.

Both political parties have looked for ways around the cap over the past decade.

The governor and legislature can exceed the cap legally if they agree and take special steps.

That happened in 2005 when Gov. M. Jodi Rell, a Republican, signed a declaration of fiscal exigency — declaring a budget emergency. More than 60 percent of the Democrat-controlled House and Senate voted to approve the plan.

That two-year budget, which burst the cap by $371 million in the 2005-06 fiscal year, enabled Connecticut to secure major new federal aid for nursing homes and community-based social services.

Two years later, Rell and lawmakers used the same approach, this time approving a biennial budget that shattered the cap by a record-setting $690 million in the first year. This was done to launch two major initiatives: Rell’s proposal to dramatically boost local education aid, and a Democratic push to expand health care access for the poor.

Since in 2011, Malloy has refused to declare a budget emergency. But that doesn’t mean he hasn’t bent to the cap’s weight.

The governor has proposed or approved moving spending outside of the cap – in large quantities —  including:

When Malloy submitted his 2015-16 budget proposal in February 2015, he admitted that it exceeded the cap by $55 million next fiscal year. The administration blamed the error on faulty data provided by a data collection vendor, but also didn’t modify the plan to bring it under the cap.

The Democrat-controlled Appropriations Committee stunned the Capitol in April 2015 when it proposed a budget that moved billions of dollars in spending for pensions and other retirement benefit costs out from under the cap — for the first time since the spending control was established in 1991. 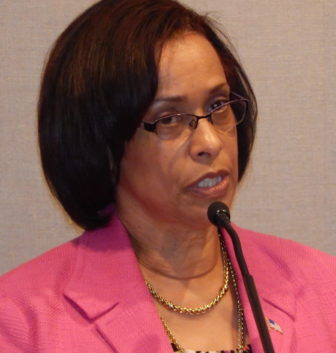 “It’s like this fictitious instrument that is always used as a talking point,” Walker said at the time about the spending cap. “We’ve got to really examine what is the purpose of the spending cap, and is it really serving the people of Connecticut the way we need it to?”

Spending Cap Commission co-chair William J. Cibes Jr., a former state budget director under Gov. Lowell P. Weicker Jr. — and a member of the The Mirror’s Board of Directors — said the state’s modest income growth must be taken into account.

But of at least equal importance, Cibes quickly added, is that the legislature not be saddled with a spending cap system that leaves lawmakers with no options to assist the poor, to invest in education, health care and economic development. Similarly, a cap system that forces Connecticut to turn down federal aid — rather than spend it and exceed and artificial limit — also would be a mistake, he said.

“I certainly believe that we can’t define general budget expenditures in such a way that we drive the rest of government, the rest of expenditures, to zero,” Cibes said. “We shouldn’t be in a position where a spending cap restrains our ability to respond to needs.”

The commission, which meets next at 10 a.m. on Sept. 7 in the Legislative Office Building, is expected to issue recommendations to the 2017 General Assembly before it convenes on Jan. 4.