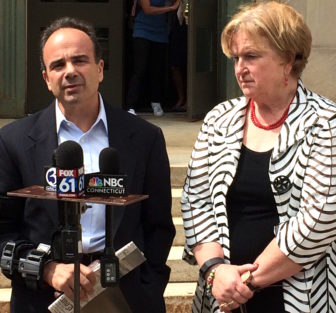 For most of Connecticut’s three decades of using formula-based aid to fund local schools, one political rule held sway.

Although there have been some minor exceptions the general principle at the Capitol was that no city or town, regardless of its wealth, should get less than it did the previous year.

But with Hartford Superior Court Judge Thomas G. Moukawsher’s ruling Wednesday — declaring Connecticut’s education funding system to be irrational and unconstitutional — the political principle of “hold harmless” may be put to the test.

“That’s going to be the real challenge,” Rep. Toni E. Walker, D-New Haven, co-chair of the legislature’s Appropriations Committee, said. “That’s going to make for a lot of conversation.”

Despite having one of the nation’s highest per capita incomes, Connecticut is entering a period of steep fiscal challenges — one expected to last at least for two decades — driven by one of the heftiest debt burdens of any state.

So if there is neither the political will, nor public support, for a series of broad-based tax increases, does Connecticut have any hope of bolstering resources for elementary and secondary education in its poorest communities?

“Yes,” Walker said, but the funds may have to come from school districts that are better off.

Feeling the heat after raising close to $700 million in annual new taxes in 2015 — after a more than $1.8 billion hike in 2011 — Gov. Dannel P. Malloy and his fellow Democrats in the legislature’s majority strove to close a $1 billion hole in 2016-17 finances without further tax increases.

A plan to share sales tax receipts with cities and towns — which focused the most aid on communities with high property tax rates — was scaled back somewhat. To compensate, lawmakers redirected about $5 million in education aid from the poorest school districts to relatively wealthier communities.

Moukawsher hammered away at this “robbing of millions of dollars” from poor schools repeatedly in his ruling.

“Throughout 2016, the state has faced a bone-crushing fiscal crisis,” he said. “Thousands of state employees have been laid off. Resources are scarce and being carefully rationed. The state knows there couldn’t be a worse time to move education money from struggling poor districts to rich districts. But the state did it anyway … in the name of austerity.”

Walker said she and a few others in the legislature argued for a dramatic redistribution of existing aid to help those districts with the greatest need.

“We got such criticism from so many (legislative) districts,” she said. “It was not possible to address it.”

New Britain Mayor Erin Stewart, who said her community has struggled with insufficient education funding from the state for many years, also said the redistribution debate is unavoidable.

“You’ve got to look at the way you distribute education funding and look for a way that is fair and reflects the socio-economic inequalities Connecticut faces,” she said.

“I think it’s a game-changer and that it recognizes the inadequacies of the system, the clear-cut failure of the system,” said Bridgeport Mayor Joseph Ganim. He urged  state officials not to appeal or challenge the decision, but to get to work crafting plans that meet the judge’s orders.

“Judge Moukawsher’s decision may be one of the most significant Connecticut court decisions in decades,” Hartford Mayor Luke Bronin wrote in a statement Wednesday. “It shines a bright light on the profound inequalities that exist between school districts and holds out the promise of real reform to our educational system and funding structure. Access to quality education is a fundamental right for all children, no matter what town, city or zip code they live in. I hope this decision will lead to dramatic, long-overdue reforms for the sake of kids in Hartford and around the state.”

But the executive director of the Connecticut Council of Small Towns said the concept of redistributing education aid might not be as simple as some think.

Connecticut’s urban centers traditionally have fared very well under state grant formulas, buoyed by the political clout that comes with their larger populations.

But Connecticut has many rural communities that, on a per capita basis, have major poverty problems of their own, Gara said. Windham County, which is comprised almost entirely of small population towns, traditionally has the highest unemployment rate in the state and its communities struggle with property tax bases lean on commercial and industrial properties.

“There are a number of our small towns who are also struggling,” Gara said. “There are real pockets of poverty. And these towns are struggling to maintain their tax base.

But that doesn’t mean, Gara added, that nothing can be done. Legislators looking to redistribute aid also should look at ways to ease state mandates, particularly in the area of education, which can provide relief to all communities.

Moukawsher emphasized repeatedly in his ruling that it was not the place of the courts to dictate to the General Assembly how much to spend on education, and he acknowledged Connecticut is staring down major fiscal challenges.

Chief among them are more than seven decades of inadequate saving for public-sector employee retirement benefits.

Connecticut entered 2016 with more than $70 billion in long-term obligations, owing nearly $26 billion to its pension funds and another $19.5 billion to its retiree health care program. The state also has relied increasingly on its credit card over the last two decades and is carrying more than $22 billion in bonded debt.

A recent analysis by the Pew Charitable Trusts found Connecticut’s combined debt represented 30.2 percent of personal income in the state in 2013, a ratio that was more than double the national average.

And this debt is projected to take a heavy toll on state finances for at least the next two decades, with costs in these areas frequently facing double-digit percentage growth.

Malloy, Comptroller Kevin P. Lembo and Treasurer Denise L. Nappier all project steep increases in required pension contributions for the next two decades. Malloy and Lembo both have asked legislators to consider restructuring the state employee pension system and stretching payments due between now and the mid-2030s for another decade, to ease the short-term burden.

Unionized state employees agreed through negotiations in 2009 and 2011 to contribute 3 percent of their pay to help cover retiree health care costs — provided the state matches those contributions starting in July 2017. This is expected to drain more than $110 million per year from the state budget.

So while Malloy and legislators dodged a $1 billion deficit this year without raising taxes, the legislature’s nonpartisan Office of Fiscal Analysis still is projecting a $1.3 billion deficit built into 2017-18 state finances, a gap of about 7 percent.

Statutory formula grants exceed $3 billion per year, nearly one-sixth of the annual budget. And Education Cost Sharing grants are about $2 billion. Even a 10 percent increase in ECS could add hundreds of millions of dollars to the annual budget.

“Today’s ruling shows how Democrat leadership in the state legislature has created an environment that fails the poorest schools and the most vulnerable children, just like their fiscal policies have failed our state,” Fasano said. “For years Democrats in the legislature crafted budgets that moved further and further away from the original cost sharing formula to instead hand out money to whichever towns they needed to buy votes from to pass their bad budgets. Political favoritism has gone too far and has created a system that simply does not work.”

Senate President Pro Tem Martin M. Looney of New Haven, the top Democrat in the Senate, said “Judge Moukawsher’s decision appears to be expansive and far-reaching. Our legal staff is thoroughly reviewing and accessing its magnitude. We will consult with other legislative leaders and the Governor’s office regarding potential next steps.”

Danbury Mayor Mark Boughton, president of the Connecticut Conference of Municipalities, praised Moukawsher’s call for what he called “ a complete overhaul of the public education system,” but also warned it will require tough choices that will leave many disappointed.

“This is one of those things where nobody’s going to like it,” he said.