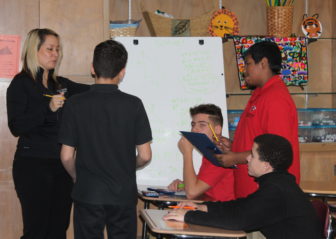 The U.S. Department of Education’s Office of Civil Rights has found that East Hartford’s public schools have been violating the rights of non-Enligsh speaking families “by unlawfully imposing barriers to enrollment and applying additional registration and enrollment criteria to students based on national origin.”

Enrollment of limited- or non-English speaking students has been on the rise in East Hartford over the last several years, and this year about one in 11 students is classified as an English Language Learner.

The federal government’s investigation concluded that the district violated federal laws by setting up barriers when non-English-speaking guardians sought to enroll their children in school. Those obstacles included translating less than half of the enrollment paperwork parents must fill out, telling parents they would have to hire their own interpreters to register students and inappropriately requiring only these students to provide documentation showing their national origin.

After the federal investigation, which took place over the last two school years, East Hartford entered into an agreement with the civil rights division to change its practices to provide interpreters during enrollment, translate its registration paperwork and end the practice of asking students provide documentation to show where they are from.

East Hartford officials did not have an immediate comment.

The U.S. Departments of Justice and Education have issued guidance twice since 2011 to help schools understand their responsibilities under the U.S. Supreme Court’s decision in Plyler v. Doe and federal civil rights laws to provide all children with equal access to an education regardless of their or their parents’ immigration status.