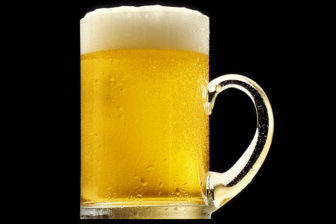 The House of Representatives passed a bill Wednesday that would enable bars and restaurants to sell beer and wine on their premises using an automated machine.

It would allow alcohol permit holders, such as restaurants and bars, to issue specially coded cards to patrons, who then could use them to draw beer or wine themselves from an automated machine on the site. The Department of Consumer Protection would have to develop regulations to implement this system by Oct. 1.

Rep. David Arconti Jr., D-Danbury, one of the chief proponents of the bill, said several safeguards are built into the measure.

Patrons would have to show legal identification, establishing they are age 21 or older, to purchase a card.

Machines would be programmed to shut off after a maximum of 32 ounces of beer or 10 ounces of wine are dispensed.

Cards would be programmed to expire after the bar restaurant has closed, preventing patrons from taking an active card out of the establishment.

But critics argued it could make it easier for minors to drink.

Rep. Craig Fishbein, R-Wallingford, said it reduces the contact between the bartender — or some other server — and the patron.

Someone who might notice a patron is dangerously intoxicated, or perhaps under legal drinking age, won’t be nearby, he said.

“We are taking that bartender, that gate-keeper, out of the equation,” Fishbein said.

“The bartender is that employee who can step in when someone has had too much to drink,” added Rep. Devin Carney, R-Old Lyme.

But Arconti said bar and restaurant owners’ still are responsible for policing their patrons. For example, he said, a restaurant owner might have to step in now if an adult patron purchased an alcoholic drink and then handed it to a minor.

Advocates also said the automated system could be a big asset to small brewery-style bars that offer a wide variety of  beers. Patrons could easily sample different types.

“I believe this will definitely promote economic development for our restaurants and bars and our general economy in our entertainment districts,” said Rep. David Baram, D-Windsor, who added that such cards are permitted in several other states.