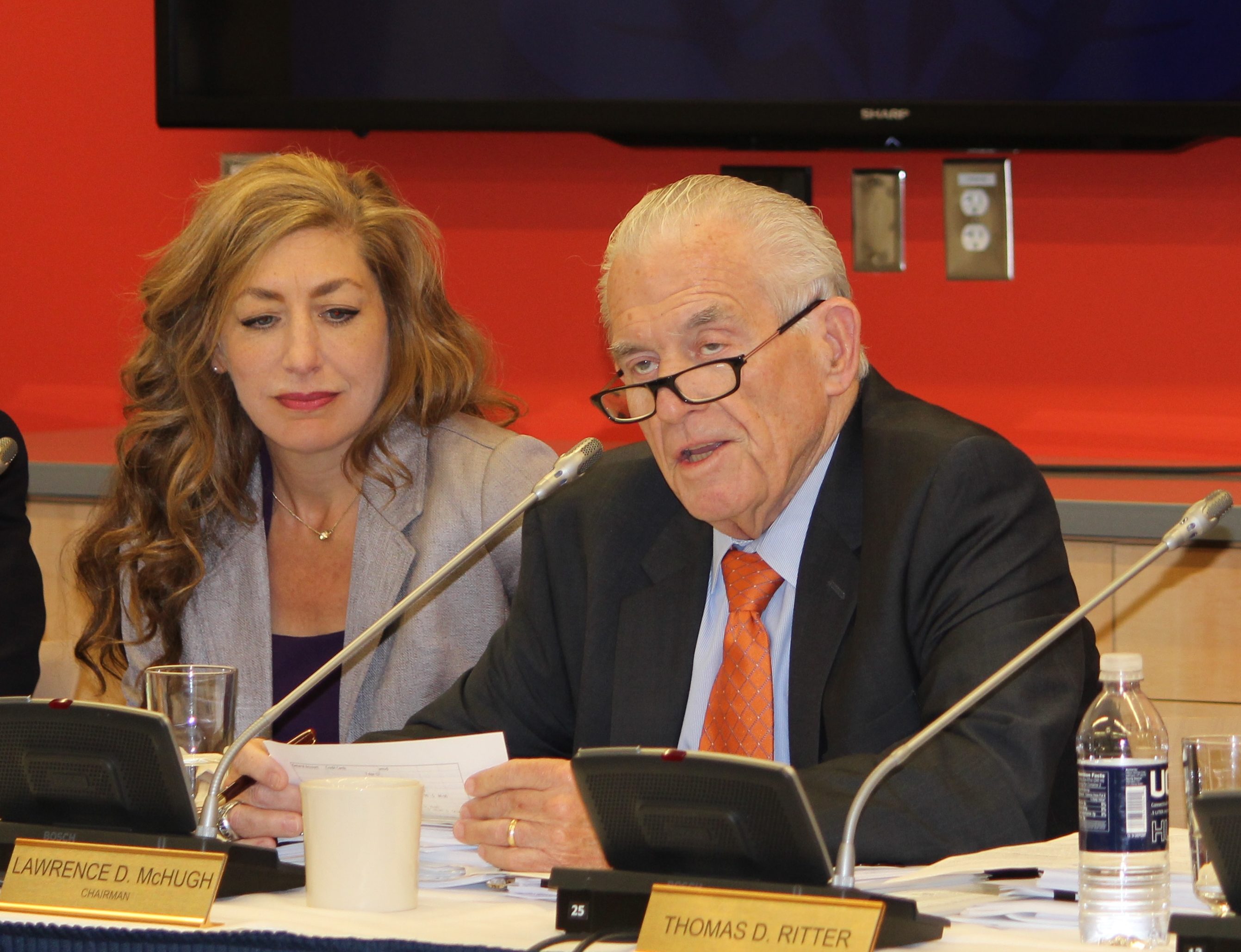 Lawrence McHugh says farewell. Sitting next to him is UConn President Susan Herbst.

After eight years of leading the University of Connecticut’s governing board, Lawrence McHugh announced Wednesday that he will be stepping down as chairman.

McHugh – who led the UConn Board of Trustees through a major increase in student enrollment, selection of a new president, a massive college construction program and improved university rankings by U.S. News and World Report – said declining the governor’s offer to serve another six-year term as the leader was one of the most difficult decisions he has had to make.

But at 77 years old and with more than three decades in higher education, he said the time was right to let the next chapter at UConn begin.

“It’s been a great run for me,” he told his board. “I am leaving with such a high… My heart is always going to be here.”

And as UConn faces tough funding cuts, he said he will remain an advocate.

“When you need me in the legislature, I can really take the handcuffs off and fight for you…,” he said. “We must keep UConn going in the right direction.”

McHugh took over as chairman in 2009 after John Rowe stepped down after eight years to move to California. Gov. Dannel P. Malloy then appointed McHugh to a six-year term in 2011.

“Under Larry’s steady leadership, UConn has solidified its reputation as a world-class institution of higher education,” the Democratic governor said. “I wish Larry the best in his next endeavor and thank him for his service to UConn and the State of Connecticut. I have no doubt that the incredible progress accomplished by the Board of Trustees will continue.”

Malloy will announce a successor in the coming weeks.