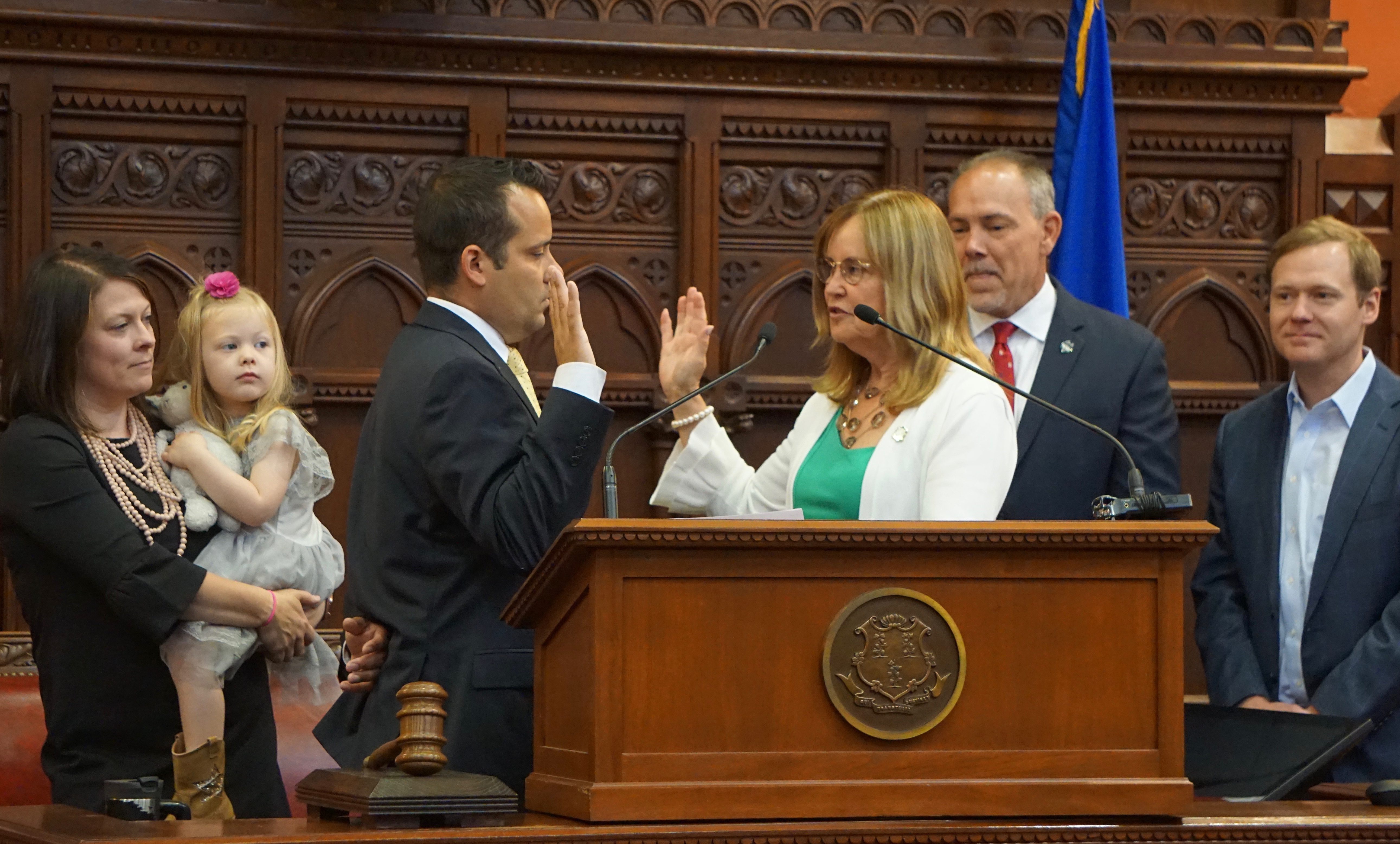 Julio Concepcion, a vice president at the MetroHartford Alliance and a Hartford city councilman,  was sworn in Tuesday as a member of the state House of Representatives, bringing the House to full strength and the Democratic advantage back to 80-71.

Concepcion won a special election last week to complete the term of Angel Arce, a Democrat who resigned under pressure over an inappropriate exchange of text messages with a teenaged girl. Concepcion intends to seek a full term in November.

The newest member of the House is the grandson, son and brother of educators, but he became interested in politics while a student at East Hartford High School, where he was the class president.

“When I told them I was not interested in being a teacher, it came as a little bit of a shock them, but they have been as supportive as they can be,” Concepcion said from the dais in the House. He thanked them and asked for a round of applause for them.

His father, who recorded a video of his son’s comments on an iPhone, nodded and blew him a kiss.

Concepcion represents the 4th House District, which covers the southeastern corner of the city, stretching south from the downtown to the Wethersfield line.

He was born in Puerto Rico, but has lived in the Hartford region since age three. He is a graduate of the University of Connecticut. He is married to Erin Concepcion. They are the parents of a three-year-old daughter, Alexa.

Concepcion moved to Hartford after his college graduation in 2004 to take a job as a community liaison for the administration of Mayor Eddie A. Perez. In 2007, he moved to the MetroHartford Alliance, which functions as the region’s chamber of commerce.