The investment firm founded by the chairman of Donald Trump’s inaugural committee, Tom Barrack, developed a plan to profit off its connections to the incoming administration and foreign dignitaries, according to a confidential memo obtained by WNYC and ProPublica. 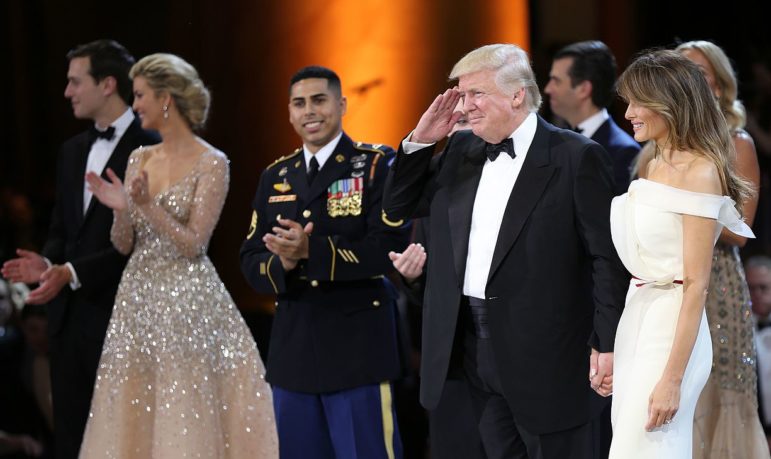 “The key is to strategically cultivate domestic and international relations while avoiding any appearance of lobbying,” the memo says. Colony, which primarily invests in real estate, sought to capitalize on its access to the White House to get an early lead on infrastructure investments and to attract assets from potential investors.

Federal prosecutors in Manhattan on Monday subpoenaed documents from the nonprofit 58th Presidential Inaugural Committee, including anything related to foreign donations. Such donations to presidential inaugural committees are barred by law. Investigators are probing whether foreigners gave money in exchange for influence with the incoming Trump administration, NBC News reported.

The memo, from Barrack’s investment firm, then called Colony NorthStar, is dated February 2017, just a month after the inaugural festivities organized by Barrack, who is a longtime Trump friend.

The Colony memo shows how the company was positioning itself to take advantage of Barrack’s relationship with Trump and foreign officials immediately after the president was sworn in. Barrack hosted a chairman’s dinner during inaugural week, with his own invite list, which included businesspeople and foreign dignitaries.

“‘Contact’ — ‘Cultivation’ — ‘Conversion’ should be the mantra and objective of Colony NorthStar’s international program in DC and internationally,” the memo said. No other firms “can currently match the relationships or resources that we possess,” it added.

The memo outlines a “strategic plan” for Colony, which now has $44 billion under management, to ramp up its operations in Washington and open an office there. It envisions “setting up roundtables between Ambassadors and members of the Administration to cultivate relationships” in areas including infrastructure and plans to “tie into international bilateral meetings already occurring with key members of the Trump Administration. This would include taking a leadership role in forming the events, the participants, and the agenda.”

Barrack’s company should do all this while keeping a low profile, seeking to build a “subtle brand,” the memo says.

A Colony spokesman said in a statement: “This memo was simply an outline of a proposed potential business plan which was never acted upon or implemented. Colony at no time has maintained a DC office.”

A person familiar with the creation of the memo said it was written by Rick Gates, who was deputy chairman of the inaugural committee and was then hired by Barrack as a Colony consultant. The memo is on Colony letterhead. Gates, who was fired by Colony after he was indicted in Robert Mueller’s Russian interference investigation in October 2017, did not immediately respond to a request for comment. Gates has pleaded guilty to conspiracy and lying to the FBI, and he is cooperating with law enforcement.

While Colony says the plan in the memo was never adopted, Barrack was frequently present at meetings with government officials in the early months of the Trump administration.

An April 14 meeting with Mnuchin at a private room at the Georgetown restaurant Fiola Mare included the ambassadors of Oman, Kuwait, Jordan, the United Arab Emirates, Bahrain, Qatar and Saudi Arabia.

Also at the dinner: Tom Barrack and Rick Gates.

Barrack, who is of Lebanese descent and speaks Arabic, has cultivated business ties in the Middle East over many decades.

In early 2017, Gates and Barrack identified an investment idea based on the Trump administration’s emerging Middle East policy. Barrack threw his weight behind a proposal to spread nuclear power technology to Saudi Arabia, and considered buying a stake in U.S. reactor manufacturer Westinghouse, he told ProPublica in 2017. That plan stalled.

Much of the February 2017 memo outlines how Colony could capitalize on Trump’s public-private infrastructure proposals, which have not materialized.

Another document obtained by WNYC and ProPublica — an invitation list for the Jan. 17, 2017, inaugural event, the Chairman’s Global Dinner — shows the breadth of Barrack’s international connections.

The dinner was billed as a celebration for Washington’s diplomatic corps, and it took a week to configure the Washington venue to accommodate the featured entertainment, a Las Vegas revue known as Steve Wynn’s Showstoppers. President-elect Trump gave a speech at the dinner.

In addition to ambassadors from around the world, over 100 guests from different walks of life are listed as being invited by Barrack.

Among them: Mohamed Alabbar, an Emirati property developer, Yousef Al Otaiba, the ambassador of the United Arab Emirates in Washington, and the ambassadors of Qatar and Saudi Arabia.

Barrack’s list also included Tennessee property developer Franklin Haney, who reportedly has drawn the focus of federal prosecutors in connection with his $1 million donation to the inaugural committee. Haney did not immediately respond to a request for comment.

Some events that week were reserved for high-dollar donors. It’s not clear which guests may have paid to attend the Chairman’s Global Dinner, or what their contribution was. It’s also not clear which invited guests actually attended.

Colony, a publicly traded company, has not fared particularly well in the first two years of the Trump administration. A troublesome merger cost the company its CEO, and Barrack returned as chief executive last November.

One bright spot for Colony’s business in the Trump era has been more than $7 billion of inflows to its investment funds, a quarter of that from Saudi Arabia and the United Arab Emirates, The New York Times reported in June.

This story first appeared Feb. 5, 2019, in ProPublica, a Pulitzer Prize-winning investigative newsroom. Sign up for The Big Story newsletter to receive stories like this one in your inbox.