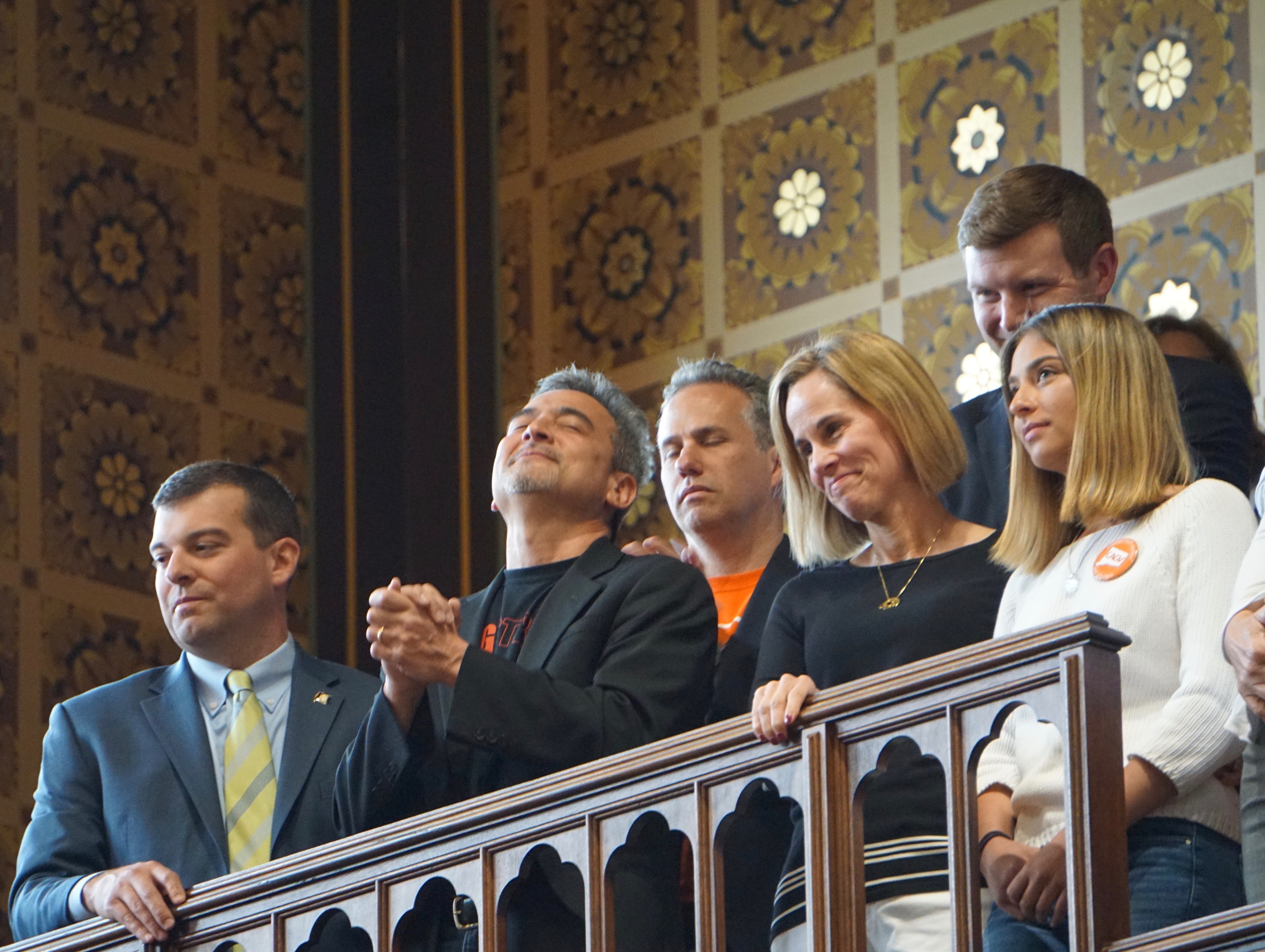 Michael  Song clasps his hands and Kristin Song smiles at final passage of Ethan’s Law. At right is their daughter, Emily. With them are Reps. Steven Stafstrom and Sean Scanlon and Jeremy Stein of CAGV.

The state Senate voted 34-2 on Thursday for final passage of a bipartisan gun safety bill, a relatively modest change in Connecticut gun laws sought by two Guilford parents in memory of a 15-year-old son accidentally killed with a neighbor’s firearm.

Michael and Kristin Song sat in the front row of the gallery, watching senators briskly debate a bill dubbed in honor of their late son as “Ethan’s Law.” They were accompanied by their 21-year-old daughter, Emily, and surrounded by supporters decked in orange, the color of the gun-control group, Connecticut Against Gun Violence.

The bill, one of three guns measures passed Thursday, would require gun owners to safely store untended firearms, whether loaded or unloaded. Current law applies only to loaded weapons, even if ammunition is available, “a gigantic loophole’’ in the view of the sponsor, Rep. Sean Scanlon, D-Guilford.

Sen. Gary Winfield, D-New Haven, co-chair of the Judiciary Committee, presented the bill to the Senate, confident that passage was inevitable. He said bills take many paths to the Senate floor, some propelled by a family’s story.

“I think what we seek to do here today is exactly the right thing,” Winfield said.

Sen. John Kissel, R-Enfield, called himself a strong support of gun rights and a general skeptic about gun control, but he described the Songs’ public hearing testimony as convincing and deliberate. But he ultimately voted against final passage, as did Sen. Rob Sampson, R-Wolcott. 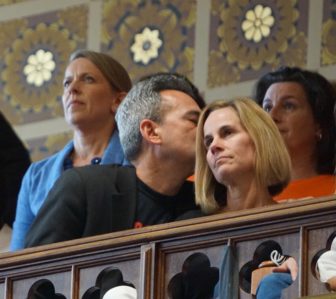 Sampson’s amendment, which would have gutted the bill and replaced it with an offer of a tax credit for the purchase of gun safes, failed on a vote of 34-2. Only Sen. Gennaro Bizzarro, R-New Britain, joined him.

Sampson offered his sympathies to the Songs, but not his vote. He said the bill deserves the same scrutiny as bills without the same compelling provenance as Ethan’s Law.

“It is more important to get things right,” Sampson said.

Ethan accidentally shot himself on Jan. 31, 2018, playing with one of three firearms he and a friend knew were kept in a bedroom closet. The .357 Magnum was one of three owned by the friend’s father, a private investigator.

The firearms were stored in a cardboard box inside a Tupperware container. The guns had trigger locks, but the keys were in the same box. So was the ammunition. A prosecutor found no evidence to show the gun was loaded, a necessary element to charge criminal negligence.

Under current law, gun owners have a legal duty to securely store a firearm when the weapon is loaded and there is a reasonable chance that a minor under age 16 is likely to gain access to it without his or her parent’s permission.

In addition to expanding the law to cover unloaded weapons, the bill raises the age of children covered by it to anyone under 18.

The Senate later voted for final passage of two other gun bills.

On a vote of 20-15, the Senate passed a bill prohibiting storage of a handgun in an unattended motor vehicle if the firearm is not in the trunk, a locked safe, or a locked glove box. A first offense is a misdemeanor, punishable by up to one year in prison.

The third bill would regulate 3D-printed firearms and ban so-called “ghost guns” that can be assembled from untraceable parts, unless the owner obtains and engraves the weapon with a serial number obtained from the state Department of Emergency Services and Public Protection. It passed on a 28-7 vote.

Michael and Kristin Song said they recently returned from Washington D.C., where they found  attentive and often receptive audiences in the offices of conservative Republicans such as U.S. Rep. Dan Crenshaw of Texas, a former Navy SEAL officer.

“They were all very open to Ethan’s Law,” Kristin said, recalling some staffers saying that its requirements were consistent with NRA safety recommendations. Kristin said one told her the bill should not be “a heavy lift.”

She said she engages with gun owners on social media, some who are hostile, fearful of that any gun-control measure is step to the seizure of firearms.

“That’s not what this law is at all,” Kristin said.

She said most exchanges end civilly, sometimes ending with finding common ground on the issue of gun safety, not gun control.

“That is great,” she said. “That is what this country is about.”

Aside from clarifying how ammunition and unloaded weapons should be stored, it requires the creation of the gun-safety curriculum, though not a mandate for its use. Kristin Song said the law itself offers a lesson, one that she thought obvious enough: Keeping an unloaded gun with a trigger lock in the same box as the key and ammunition is, well, “stupid.” 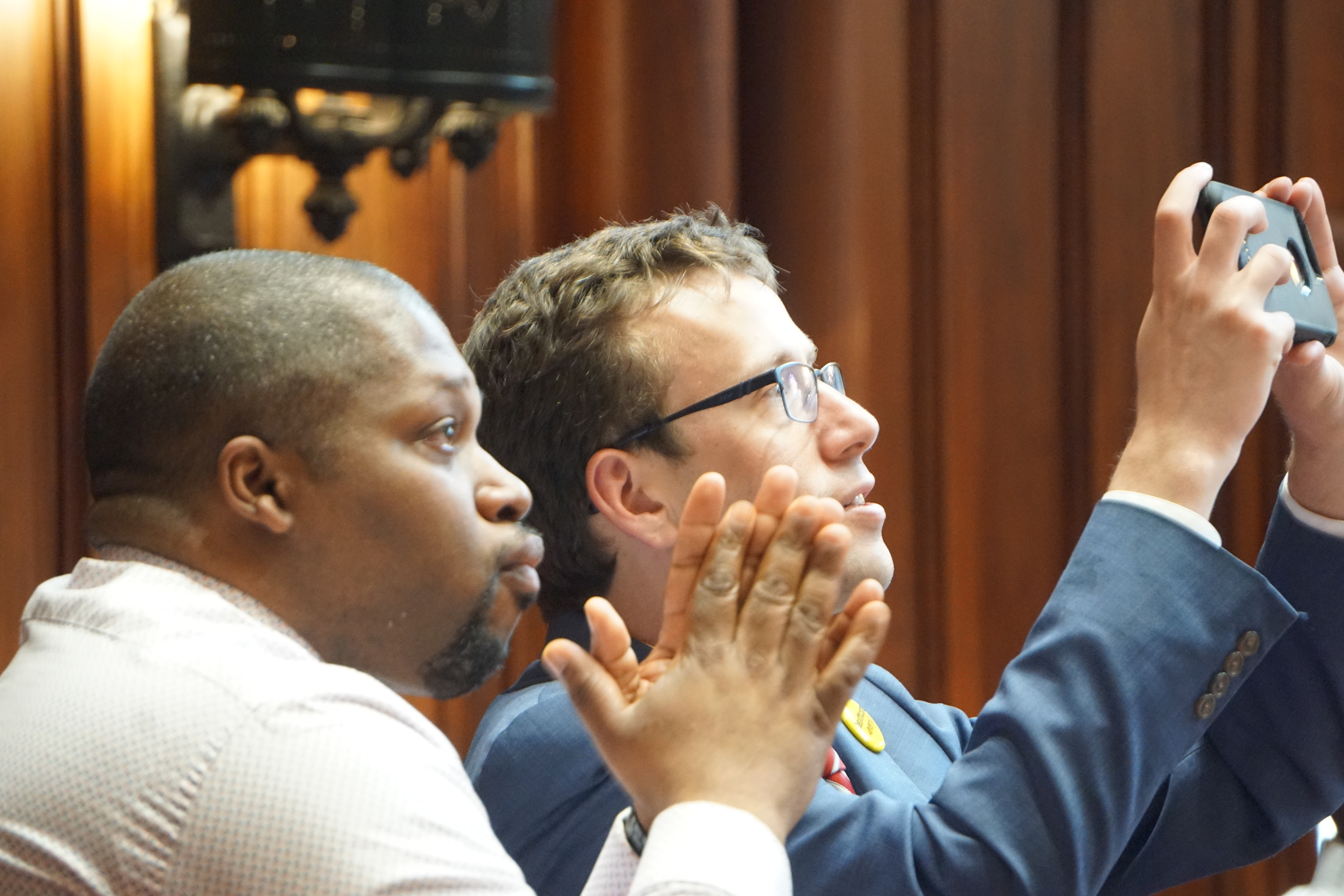