Connecticut has just begun a seven-year program to ease the tax burden on its elderly, a process that will provide nearly $170 million in annual relief by 2025. 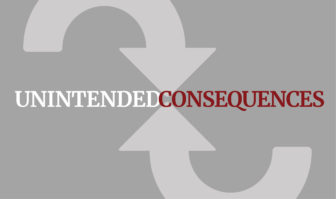 But much of that relief is targeted at seniors with pensions and annuities —  benefits that are increasingly less common for low- and middle-income residents, particularly minorities.

At the same time, lawmakers have chipped away at other tax credits for the poor and middle class and imposed new burdens on this income group, such as the sales tax surcharge on prepared meals and a fee on plastic bags.

It appears that in their push to make Connecticut a more attractive place to retire, lawmakers also inadvertently worsened the inequality gap in a state already known for its extremes of income wealth.

“We seem to be schizophrenic about this,” said University of Connecticut economist Fred Carstensen. “All of this tax stuff in Connecticut is done in silos. It just amazes me there is no coordination. You don’t move to Florida just because you’re going to pay somewhat less in state taxes down there.”

Carstensen said these policy choices likely will push more Connecticut residents toward poverty than lead additional seniors to financial comfort. But legislators said they did their best in tough fiscal times as they tried not to overburden the most vulnerable while simultaneously addressing an issue many officials fear: the exodus of Connecticut retirees.

“We seem to be schizophrenic about this. All of this tax stuff in Connecticut is done in silos. It just amazes me there is no coordination. You don’t move to Florida just because you’re going to pay somewhat less in state taxes down there.”

“We’re trying to strike a delicate balance and meet two goals that are both a priority,” said Rep. Jason Rojas, D-East Hartford, co-chairman of the legislature’s tax-writing finance committee. 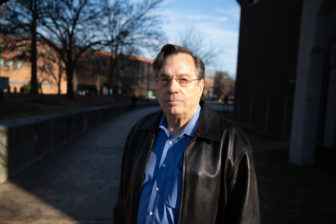 Regardless of whether legislative policy-making is schizophrenic, lawmakers rarely find bipartisan unity when it comes to tax laws.

But after a nine-month-long battle to craft a new, state budget in 2017, Democrats and Republicans united in November of that year to adopt a two-year plan.

After years of deficits and a sluggish recovery from the last recession, Connecticut finally was seeing signs of economic growth and rising tax receipts in the state’s coffers.

And one of the few things both parties insisted upon in that plan was tax relief for the elderly.

Long-planned state income tax breaks for retired military personnel and teachers went forward as planned, but the primary relief for seniors was aimed at Social Security, pension and annuity income.

Connecticut already had exempted Social Security from the state income tax if a retiree’s total annual income was less than $50,000, or if a retired couple’s was less than $60,000. And taxpayers with incomes greater than these limits receive a 75% exemption.

The second tax break, which would go into effect between 2019 and 2025, would phase out state income taxes on pensions and annuities for retirees with overall income less than $75,000, and for couples with less than $100,000. 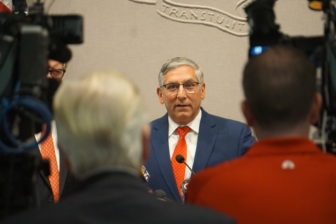 By 2025, according to state analysts, elderly residents who qualify for these breaks will save a collective $166 million per year.

And, according to the Pension Rights Center, the median pension in 2016 for adults over age 65 was $9,262 for those who retired from the private sector  and $17,576 for those who worked in state and local government.

Providing tax relief for retirees earning more than $75,000 per year generally targets either those with significant retirement benefits. or those who must still to work to make ends meet.

Connecticut is hardly alone in its passage of tax policies that favor wealthy seniors.

An analysis released this past summer by the Center on Budget and Policy Priorities, a Washington, D.C.-based fiscal think-tank, warned that states, in general, send a “large share” of their elderly-focused tax breaks to high-income seniors who need them the least.

“In particular, exemptions for retirement income such as pensions benefit those higher up the income scale more,” CBPP analyst Elizabeth C. McNichol wrote. “As a result, these state policies favor those fortunate enough to receive pensions or annuities — either through a defined benefit plan or a contribution-based plan like a 401(k) — and whose jobs pay enough for them to save for retirement.”

McNichol added that “they also favor those who do not need to continue to work past the traditional retirement age in order to support themselves and their families.”

The center’s analysis found that Connecticut’s tax system was relatively favorable to seniors compared with most other states and that was before the state’s new tax cuts took effect.

“I don’t think we look at things holistically very often, but the idea was to entice those who work here to retire here. If they’re staying here, they’re buying groceries here, going to stores here and paying taxes here.”

Connecticut has long been a land of sharp contrasts when it comes to income and wealth.

Since the last recession, inequality in Connecticut has not been a simple case of hedge fund principals reaping rewards that dwarf a still-prosperous middle class. Rather, only the richest of Connecticut’s most affluent households, on average, have improved their standing.

The CBPP study warned that tax breaks aimed at seniors regardless of income can reinforce and exacerbate inequality along racial lines.

“Many black and Hispanic families have faced long-standing employment and housing discrimination that have made it difficult to build savings for each generation and invest in the future of the next,” the study states. “People of color are also less likely to be covered by a defined benefit pension plan and are much less likely to have retirement savings than white households of the same age and income.”

Still, lawmakers here say the importance of encouraging more retirees to stay in Connecticut also can’t be understated. And the issue of income migration out of Connecticut has been a subject of debate at the Capitol for more than a decade.

U.S. Census data shows that Connecticut, and most other rich states, have lost income via migration throughout the past decades — yet still remain in the top tier for wealth. Similarly, those states with the lowest incomes per capita gain income via migration almost ever year — yet remain the poorest.

An analysis published in 2016 in the American Sociological Review concluded the wealthy generally are “embedded elites” and not “transitory millionaires.” It found the wealthy are more likely to be married, have children, and to own their own homes and businesses — all impediments to moving for tax purposes.

But retirees presumably don’t have to worry about business and their children likely are grown and independent.

In addition, a small sample size of data shows income migration out of Connecticut could be accelerating following major state tax hikes in 2011 and 2015.

Erlingheuser noted that seniors who want to remain here face one of the highest costs of living in the nation. Most survive on fixed incomes and face sharply rising health care expenses.

But he added “we definitely support equitable and cost-effective ways to target tax relief to low and moderate-income wage-earners.”

Connecticut officials, though, have struggled to provide tax relief to any groups over the past decade as massive pension debt — accumulated over more than seven decades — has joined with a sluggish economic recovery to take a hefty toll on state finances.

“It’s a gigantic anchor around our neck,” Rojas said, adding he believes most legislators would like to expand overall tax relief for seniors and add targeted relief for the poorest elderly residents. “We’ve made valiant attempts to address these things and try to keep our state moving in the right direction.”

But even when the 2017 tax cuts for seniors were enacted, legislators gave with one hand and took back with the other.

At its peak in 2011, the state income tax credit that helps offset property taxes paid by residents of all ages returned $380 million to low- and middle-income residents.

But a credit which once topped out at $500 is down to $200, and eligibility rules have been tightened considerably. It now returns just $50 million to taxpayers.

Similarly, a state earned income tax credit used to help the state’s poorest income tax filers was slashed in 2017 from 30% of the federal EITC to 23%.

“The EITC is enormously beneficial” when it comes to helping those most in need, Carstensen said, adding that every $1 the state refunds to a poor household reduces its need, on average, for 87 cents worth of government assistance.

We seem to be so worried about high-income individuals moving out of this state,” Carstensen added, “but we have bigger issues that need to be addressed.”

Lawmakers who participated in an annual economic summit Monday differed on whether CT is becoming more friendly or hostile to businesses.