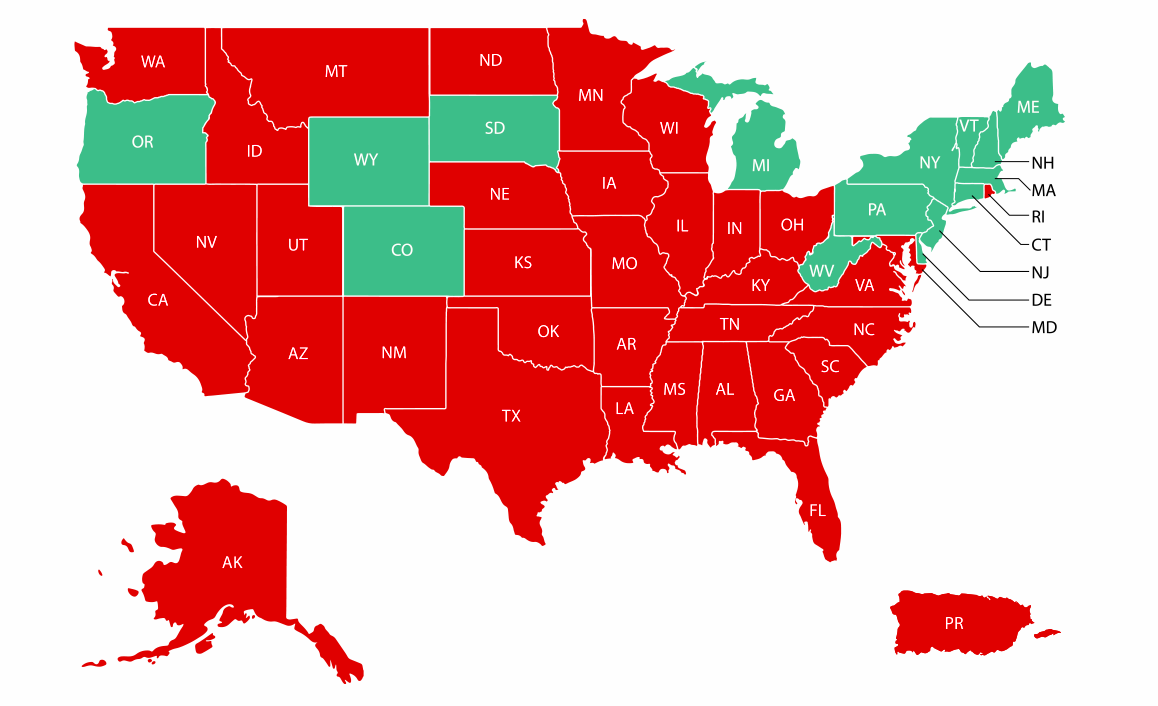 The states marked red are covered by the travel advisory. The map is updated every Tuesday.

Connecticut issued its first fines Monday for violations of the state’s requirements for travelers from COVID-19 hotspot states, making an example of two residents returning from Florida and Louisiana.

“We wanted to send a message loud and clear,” Gov. Ned Lamont said. “I hate to do it, but we’re going to be serious and show people we are serious about this, and to date it’s made a difference.”

Both travelers were fined $1,000 for failing to fill out a public-health form required of passengers landing at Bradley International Airport, and the Louisiana traveler was fined an additional $1,000 for refusing to self-quarantine for 14 days, officials said.

Anyone arriving from a state with a daily positive COVID test rate higher than 10 per 100,000 residents or has a 10% or higher positivity rate over a seven-day rolling average must fill out a disclosure form and, under most circumstances, self-quarantine for 14 days.

Louisiana and Florida are among the 34 states, plus Puerto Rico, that are currently on the travel advisory list used by Connecticut, New York and New Jersey — three of the states hardest hit by the pandemic, but which now have low infection rates.

Connecticut generally has had less than a 1% positive rate in recent weeks. Results released Monday for the past three days showed six-tenths of 1% of the 38,309 latest tests showed  new infections.

Lamont said controlling the infection rate requires vigilance. He applauded public health officials in Bridgeport for shutting down a half-dozen bars that were “masquerading as restaurants,” attracting large crowds.

Connecticut also has tightened its rules on wearing masks: People who have health reasons for not wearing masks now must carry with them medical documentation that exempts them.

“I think people are beginning to abuse that privilege,” Lamont said.

Lamont generally has refrained from relying on penalties to encourage compliance with Connecticut’s rules to slow the spread of the novel coronavirus, primarily by requiring face covering for anyone entering a store or office or cannot maintain a distance of six feet from others while outdoors.

“Overwhelmingly, people are doing the right thing,” Lamont said. “For those are you who aren’t, please be on notice.”

Officials offered few details about the fines issued Monday. The recipients were not identified, other than being from Hartford  and Windham counties.

They returned to Connecticut weeks ago, and the Department of Public Health issued the fines after investigations resulting from tips — at least in one case, from a co-worker, said Josh Geballe, the governor’s chief operating officer.

DPH had no additional information.

Geballe said 20,000 people have completed the COVID disclosure form, with another 1,000 filed each day.

The state was aware of no infections traced to either of the persons fined, Geballe said. Notice of the fines went out by registered mail, he said.

Completing the COVID form is required of anyone who has spent “24 hours or longer in one of these Affected States within 14 days prior to arriving in Connecticut, AND you plan to stay in Connecticut for more than 24 hours.”

Anyone unable to self-quarantine for 14 days can visit if they had a negative COVID-19 test in the past 72 hours. Those deemed “essential workers” are exempt. Lamont said essential workers includes the out-of-state repair crews responding to the Connecticut’s massive, week-long blackout.

A review of Eversource

Lamont promised a full review of the response by Eversource Energy and United Illuminating to the outages caused by  Tropical Storm Isaias last Tuesday, as well as the criteria used by the Public Utilities Regulatory Authority for approving electric rates.

Westport First Selectman Jim Marpe, who was on the governor’s briefing call, said Eversource failed when it came to communicating and coordinating with public safety agencies in his community, which was hit by a tornado. At no time, he said, could he tell if Eversource had two crews, 20 or 200 in town.

Katie Dykes, the commissioner of energy and environmental protection, said there was evidence of a culture that failed to internalize and follow the emergency plans and protocols development after a series of storm-related blackouts in 2011 and 2012.

“Communication, it’s not like a piece of hardware out on your system,” Dykes said. “It’s not like a tree that you trimmed. It’s something that you have to prioritize and practice effectively and be dedicated to from the leadership on down.”

Eversource reported that power was restored to all but 3.67% of customers as of 7:30 p.m., though several Fairfield County towns still had significant outages, including 22% of the customers in Westport, 30% in Ridgefield and 32% in Newtown and 35% in Woodbury.

With 14% of its customers still in the dark, Danbury was the only city still with significant outages.

Only two-tenths of 1% ofUnited Illuminating customers still were out. 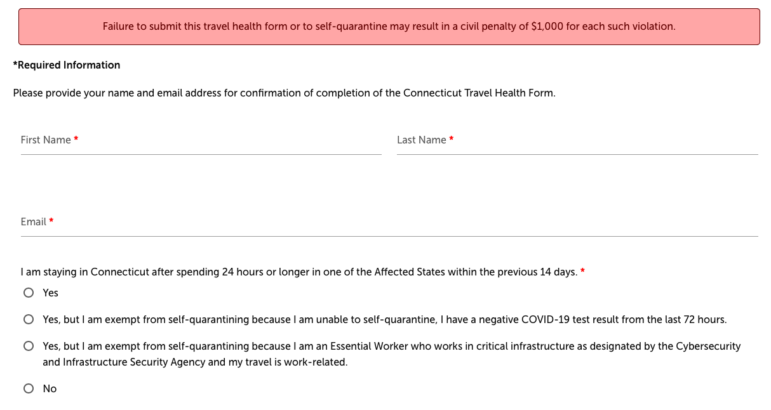