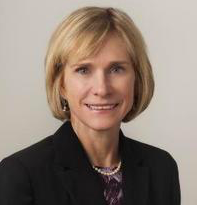 Nora R. Dannehy, the federal prosecutor who quit the U.S. Department of Justice investigation into how the FBI handled its probe of Donald J. Trump’s campaign connections to Russia, was named Monday as the top legal aide to Gov. Ned Lamont.

The hiring of Dannehy, who led the corruption investigation of former Gov. John G. Rowland in 2004 and then served as acting U.S. attorney and deputy state attorney, brings a high-profile legal talent into Lamont’s office at the mid-point of his four-year term.

“She joins my administration at a unique time in our state’s history as we fight the COVID-19 pandemic in what we hope are its final months, and having her counsel will be a tremendous benefit to our office, and the people of our state,” Lamont said.

She is a former colleague of the man she will be succeeding, Robert Clark, who has been nominated as a judge of the Appellate Court. Both were top aides to George Jepsen while he was attorney general.

“Nora has spent her career in both the public and private sector, and her time in government with the state of Connecticut and the federal government have earned her a reputation as a problem solver and a champion for the public good,” Lamont said.

Dannehy has had a storied career in Connecticut’s legal profession, most of it spent in government service, prosecuting complex white-collar crime and political corruption cases. She is the daughter and sister of judges.

After graduating from Harvard Law School, she began her own career in public service 30 years ago with the U.S. attorney’s office. In 2005, she represented the government in calling for Rowland’s imprisonment, arguing he had dishonored public service.

She was the acting U.S. attorney from April 2008 until December 2010, leaving to become Jepsen’s deputy. Three years later, she joined United Technologies as its associate general counsel and, later, as its chief compliance officer.

Her last federal post was as senior aide to John Durham, then the U.S. attorney, as he led the highly charged investigation into the FBI’s operation Crossfire Hurricane, an inquiry ordered by then-Attorney General William Barr.

The abrupt departure of the apolitical Dannehy in September, coming as the Trump White House was pressing for a pre-election “October surprise,” was interpreted by former prosecutors as evidence of political pressure by Barr.

Paul Fishman, the former U.S. attorney for New Jersey, told USA Today: “To fellow prosecutors, Dannehy’s participation lent legitimacy to a probe whose purpose many questioned. Her unexplained departure in the middle of a high-pressure investigation is a huge blow to its integrity.”

Dannehy has not publicly commented on her resignation.

The job of general counsel to the governor often is one of political counselor as well as legal adviser. Gov. Dannel P. Malloy’s first counsel was Andrew McDonald, a former state senator who now sits on the Supreme Court, then the position was held by Luke Bronin, now mayor of Hartford.

Dannehy will not bring the same depth of political experience as those counsels or Clark, but her three years as deputy attorney general give her insights into state government and much of her career was spent in a world where there was no place for reticence.

As a federal prosecutor, Dannehy supervised agents from the FBI, ATF, DEA, IRS and other federal law enforcement agencies.