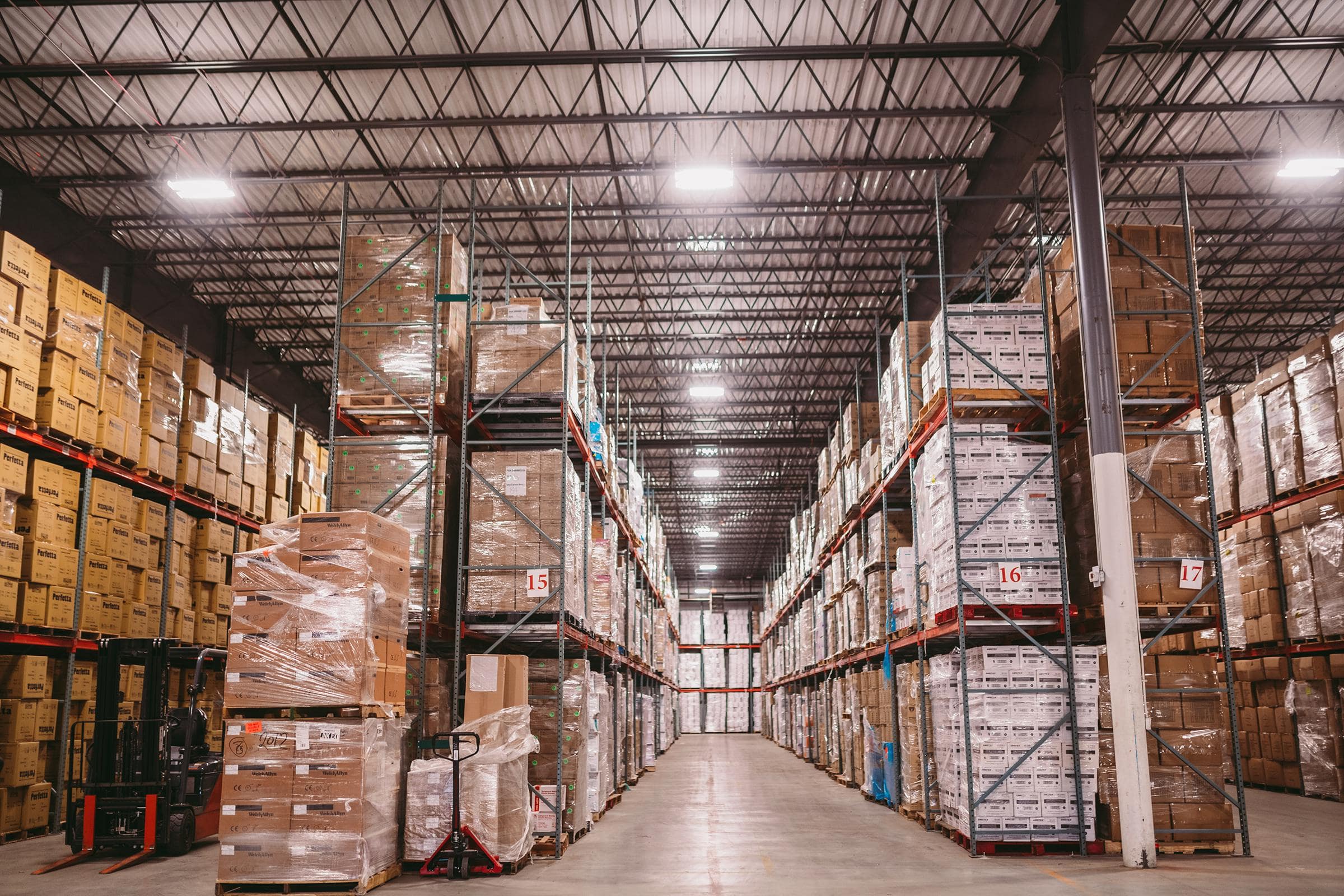 After shutting down his manufacturing plant and sending 2 million unsold face shields to sit in a warehouse, Bing Carbone found himself wondering what was next for his plastics company.

His business had “an outstanding 2020,” pivoting from making high-grade plastic parts for the defense and medical industries to producing more than 30 million of those now ubiquitous transparent face shields worn by doctors and dentists. But then, Carbone said, buyers stopped calling him back. And the reason was clear: Asian factories were back online.

“They’ve gone back to their Chinese imports,” said Carbone, president of Modern Plastics in Shelton, Connecticut, which made the PPE pivot last year after a sagging demand for specialized plastic used in elective surgeries undercut some of the company’s traditional business.

“We leased a new facility in Derby, which I had to scuttle in March because the [PPE] business literally dried up,” Carbone said, noting he eliminated 65 positions.

“The employees are gone,” Carbone said. “The facility is closed.”

So Carbone’s company turned back to its pre-pandemic business model: making specialized plastic parts for knee replacements, elevators, submarines and a host of other niche markets.

And those face shields? They’re sitting unused in storage at a warehouse in Ohio.

Gone are the days of buyers competing for limited supply. Instead, the state and hospitals are accumulating multimillion-dollar stockpiles, and established Asian manufacturers are ramping up production in ways that make it prohibitively expensive for new blood to enter the market.

The PPE supply chain is looking, once again, a lot like it did in 2019.

‘It’s A Matter Of Raw Materials’

But there are differences. 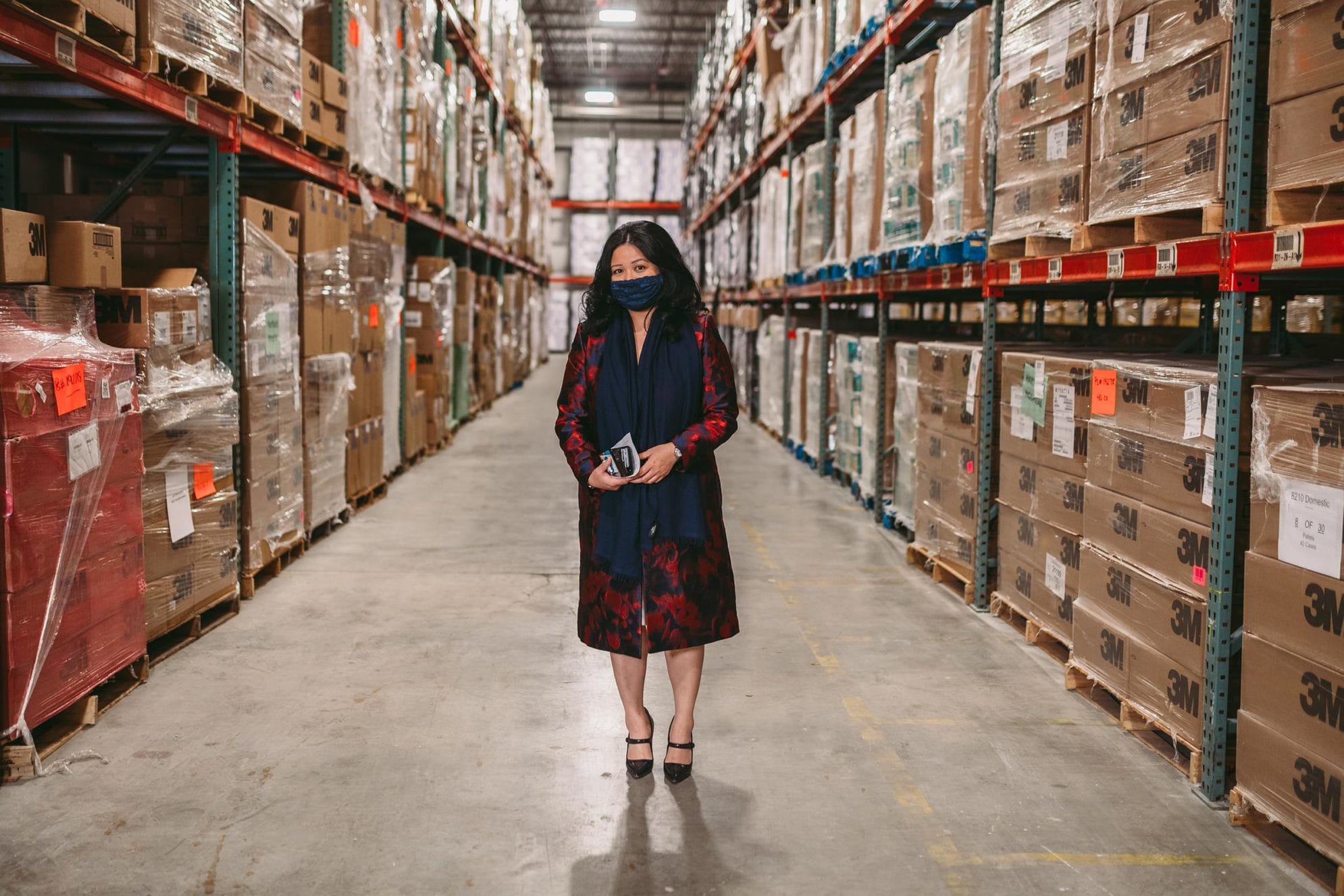 Inside a warehouse in Newington, Milrose Mercado, a senior vice president of supply chain at Hartford HealthCare, walks in between two towering rows of boxes. A nearby forklift beeps as she points out crates of isolation gowns, masks, face shields and gloves, categorized and stacked nearly up to the ceiling.

All told, it’s about $15 million worth of inventory. Enough supply to meet demand for anywhere between six months and a year, depending on the piece of gear.

Mercado said stockpiling millions of pieces of PPE was a strategic move aimed at guarding against a repeat of the medical supply chain nightmares of 2020.

Hartford HealthCare works with several local vendors to source everything from face shields to shoe covers, but Mercado said Asian markets still make up the majority of the PPE pipeline.

“In this warehouse I would say probably about 80 percent would be directly from an international vendor,” Mercado said. “It’s a matter of raw materials. In China, Korea, Vietnam, Thailand, Malaysia, there’s an abundance of raw materials as well as labor.”

But last spring, when overseas suppliers slowed their exports to deal with domestic COVID response efforts, Mercado said conversations within the health care supply chain world began to center on a new question.

“How do we look at domestic manufacturing and really build that into the supply line infrastructure?” Mercado said. “I think a good blend of products that are sourced domestically plus internationally … would really help stabilize the supply line.”

And when local PPE manufacturers shut down, Cooper said that raises a bigger question: What if another virus causes the PPE market to collapse all over again?

“There’s been discussion, primarily at the federal level, on nurturing these nascent industries and helping them along,” Cooper said. “There’s some value, obviously, [in] having domestic supplies of these products in case there’s another pandemic.”

Jeffrey Flaks, CEO of Hartford HealthCare, said that value became clear to him early on in 2020.

“In the earliest days of the pandemic, much of our supply acquisition came from China and, secondarily, from Italy. The two countries who were impacted most first,” Flaks said. “We’ve historically had that for oil. For these very types of issues where there could be disruption or risk,” Flaks said.

But as more and more domestic companies that pivoted to PPE in 2020 close down, Cooper said, “there’s a real sense of urgency” if policymakers want to have the option to support local manufacturing.

‘The Pipeline Is Empty’

About 70 miles northeast of Carbone’s plastics factory, sporting goods manufacturer Neil Gilman is watching the clock run out on his PPE pivot.

But eventually, buyers stopped buying. Officials tell Connecticut Public Radio the state hasn’t purchased any PPE since December and has built up a 90-day emergency stockpile of things like gowns, gloves and masks.

“If the need arises, we will revisit additional purchases,” said Lora Rae Anderson, a spokesperson with the Department of Administrative Services.

Gilman said he’s now wrapping up a final order from the state that he expects to complete by May 14.

“Once we deliver that, the pipeline is empty,” Gilman said. “That’s the only order that we have.”

“We’re humming along. Everyone is working,” Gilman said, “but that’s going to come to an end.”

For many local manufacturers, the global reality now is that so much PPE gets produced in bulk offshore that it’s extremely challenging for anyone new to stick around in the industry.

Kathy Saint, a director with the industry-advocacy group ManufactureCT, said that means local manufacturers need to think creatively about ways to trim costs.

“Maybe you can add a lower-quality product to your mix,” Saint said, “to get your costs down so that it’s within reason for these hospitals to be able to support that business.”

Saint said she also believes the government could play a role in backstopping some of these industries to help them become more efficient and cost-competitive.

“I don’t think that there should be unlimited and indefinite support, but this is really a policy decision: Is it important for us to have this capability domestically?” Cooper said. “A lot of people have said yes … if that’s the case, then we are going to need some support to bring this industry down the learning curve to get costs out of that business.”

And that means money for workforce training and more efficient technology, said Mike Stimson, director of strategic engagement and process at Connstep.

“We’re going to have to look at some substantial investments in automation and newer techniques in order to become competitive,” Stimson said.

Last spring, Stimson’s organization worked to raise the profile of local PPE manufacturers by setting up a web portal where sellers and buyers could connect.

“Towards late summer, early fall, we definitely saw a drop in the traffic there,” Stimson said. “Once the demand tailed off I’d say most manufacturers reverted back to their original products.”

As Neil Gilman faces closing down his PPE business in the coming days, he said he’d like to keep gown manufacturing as part of his overall business portfolio going forward.

Unlike making football and lacrosse gear, he thinks PPE would be less subject to seasonal demand and provide a steady source of income. Plus, Gilman said, it would provide more local jobs.

“It keeps the money in the state of Connecticut,” Gilman said. “Why should we be sending our money to China?”