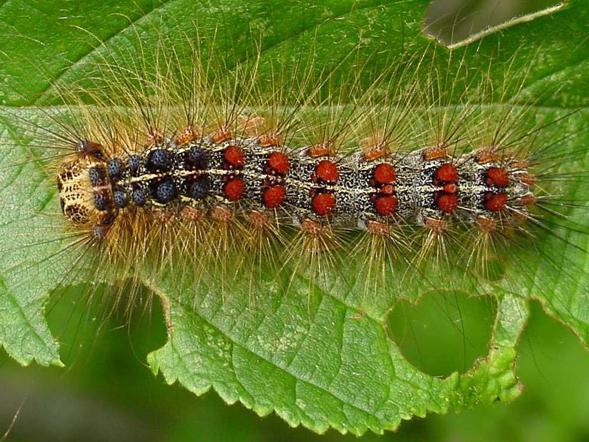 An outbreak of gypsy moths in northwest Connecticut is causing extensive tree damage around the town of Sharon. State scientists said Tuesday about 25,000 acres of oak, beech, and aspen trees have completely lost their leaves due to gypsy moth caterpillars.

Rainy weather can activate a fungus that infects and kills the caterpillars, but spring remained largely dry until around Memorial Day, which allowed caterpillars to hatch from their eggs in April, ascend trees, and feed on leaves for weeks.

While defoliation isn’t good for trees, it’s not necessarily fatal, either.

“Partial or even complete defoliation of a tree in any one year does not mean the death of the tree. Healthy trees can tolerate some defoliation,” said Christopher Martin, director of Forestry at the Connecticut Department of Energy and Environmental Protection, in a statement.

But when trees are fed on by caterpillars over the course of several years in a row, that’s where problems can begin.

From 2015-2018, eastern Connecticut had widespread gypsy moth activity, which also aligned with a drought that weakened trees.

That outbreak peaked in 2017, when more than 1.1 million acres of trees in eastern Connecticut were defoliated by gypsy moths.

State Entomologist Kirby Stafford said in a statement that precipitation next year will be needed to help quell gypsy moth activity in the northwest corner.

“Spring and early summer rains in 2022 will be important in ending this outbreak,” said Stafford.

This year’s caterpillars are expected to complete their feeding soon.