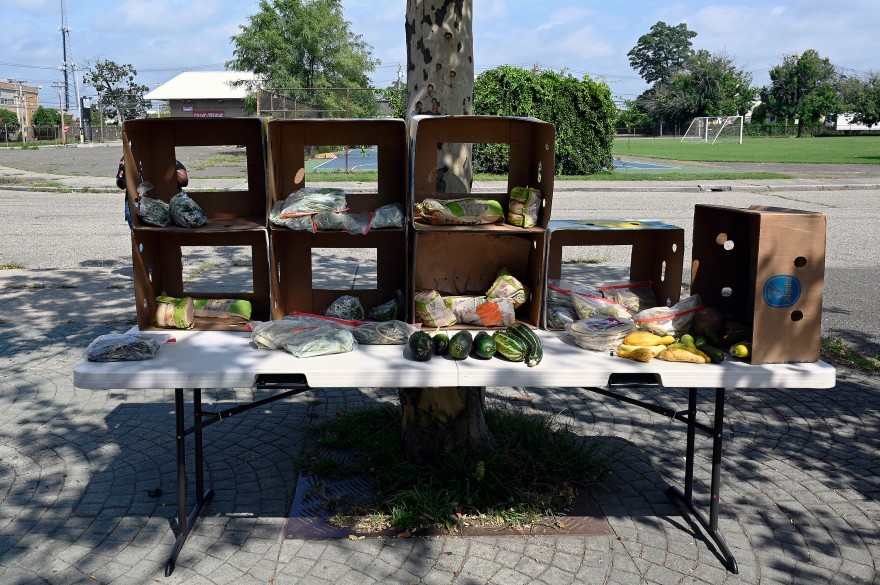 A local food bank for residents in the P.T. Barnum Apartments complex in Bridgeport.

Dione Dwyer lives in Bridgeport’s largest public housing complex, P.T. Barnum Apartments. She remembers moving in 19 years ago and just being thankful for something to call her own.

At the time, she was a single mother to two young daughters and had no stable income. She had been living with her father, a real estate investor, and was tired of moving around.

“I found out about public housing through a friend. When she told me about it I had no idea where to find it, to be honest,” said Dwyer, 44.

She applied and was approved in a few weeks, she said. And the first apartment she was offered, she took.

“I thought it would be a good place to start getting back on my feet, something to level me out so I could provide for my kids,” Dwyer said.

Her rent was based on 30% of her gross income. But over time, Dwyer came to realize that her three-bedroom apartment for her family wasn’t that great of a deal.

She lives just a short walk from an asphalt plant, a recycling plant and a garbage disposal plant. The complex, built in the late 1900s, is not a comfortable living arrangement, Dwyer said. She said there are problems with maintenance, conflicts among residents and a lack of the kind of support she thinks would help her family. Still, she’s been there 19 years, and she says finding anything remotely affordable in Fairfield County is hard.

“It might have saved me as far as not being homeless, but at the same time, I’m stuck here. I can’t get out,” Dwyer said.

About a third of the shortage is in Fairfield County.

“This isn’t surprising. This is one of the most expensive real estate counties in the country,” said Christie Stewart, one of the researchers behind the findings and director of the Fairfield County’s Center for Housing Opportunity.

More than half of residents in Fairfield County are already cost burdened, or pay more than 30% of their income on housing costs. And where the “rent eats first,” many are left to cut back on food, health care and other necessities, Stewart said.

The result of high housing costs is that many low-wage earners can only afford housing in just four out of the 23 municipalities in the region.

“Fairfield County has four urban centers in Danbury, Stamford, Norwalk and Bridgeport. There’s a disproportionate share of residents at the 0-to-30 area median income, and we don’t get a proportional share of the state investment,” Stewart said. “For folks who live in those urban centers and are barely able to get by, they live in overcrowded housing, they live in old housing stock [and] some are doubled up.”

But Stewart says Connecticut is in a good place to start chipping away at the issue. And her organization is one of over 50 housing organizations calling on the state to use once-in-a-lifetime federal funds to build more housing. Stewart said advocates estimate the state has hundreds of thousands of dollars left over from the American Rescue Plan Act. The federal stimulus package gave Connecticut more than $6 billion to help the state recover from pandemic-related impacts.

A majority of the money has already been allocated to local health departments, COVID relief, education and more.

So far, around $35 million has been allocated to some housing concerns, including support to level the playing field in housing court for those at risk of eviction. But there is no money set aside for more permanent housing solutions to address affordability.

“This moment is pregnant with opportunity for Fairfield County, and the state on the housing front. We have the data and we have the baseline. We just need the public will and leadership to take the next step,” Stewart said.

The funds could be used to incentivize private developers or be put into a housing trust fund on the state level. The trust fund could then be used to fund projects in municipalities with the greatest need.

The Connecticut General Assembly was expected to convene for a special session this fall to discuss the leftover federal dollars. But Speaker of the House Matt Ritter told Connecticut Public Radio that’s not likely.

Ritter said the money already allocated hasn’t been distributed completely. So the legislature will probably hold off on allocating more.

But he understands the importance of affordability.

“The definition of affordable housing in Fairfield County is not really affordable for a lot of people, so we have a lot of work to do here in Connecticut,” Ritter said.

If funds from the American Rescue Plan were allocated to housing on the state level, they couldn’t go toward public housing, as it’s already funded by federal dollars. But they could increase the overall housing stock — which would be a plus for Dione Dwyer.

“If we have more affordable housing across the state, it’s a win-win for all residents and public housing complexes,” said Dwyer, whose yearly income is around $20,000.

With rents for a multi-bedroom apartment nearing $2,000 in Fairfield County, it’s no surprise she’s felt defeated every time she has tried to go apartment hunting, she added.

“It’s like a lottery,” Dwyer said, describing the likelihood of finding something outside of public housing.

“We need a narrative shift,” Stewart said. “It’s human nature to not like change. But this false dichotomy that some will lose if others win is really doing some damage.”

Over the years, many affordable housing developments have been met by opposition from residents and local planning and zoning boards in Fairfield County. From Fairfield to Westport, public hearings for affordable housing developments have made headlines after residents expressed concerns about sizing, overcrowding and fear of change to the “character” of the municipality.

“When we talk about affordable housing, we’re talking about housing that is affordable to your neighbors and the people that make up the community that you live in,” Stewart added. “It’s fair housing options for the people that teach your children or keep your streets safe. It’s housing for your aging parents or children when they come back from college.” 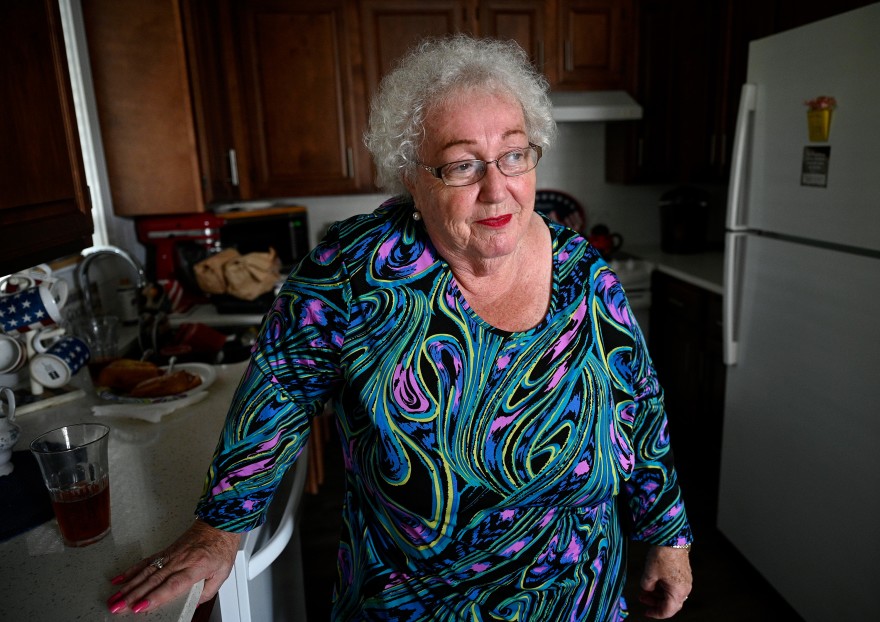 Kathy Falandys, in her home in a mixed-income affordable housing complex in Fairfield on Aug. 12, 2021.

Lifelong Fairfield resident Kathy Falandys is an example of who benefits from affordable housing. Born and raised in Fairfield, Falandys said she never wanted to leave her hometown. And when she had her two children, she did everything she could to stay.

“This is what I grew up with, and I wanted them to have the same,” Falandys said. “So I worked my whole life. I lived paycheck to paycheck. I was so thankful I could pay my bills at the start of the month, but then I was broke.”

She said her rent was always her biggest expense. And she remembers paying up to $2,000 for rent over the years.

“I needed to make arrangements with electric and gas monthly to keep the utilities on,” she said.

She said that was her reality for most of her life up until now. Falandys lives at Pine Tree Apartments, a mixed-income affordable housing complex in Fairfield with about half of its units reserved for low- to very-low-income residents. Renovated five years ago, her one-bedroom apartment has an accessible bathroom, energy-efficient washer and dryer and a modern kitchen with appliances.

“They met every need,” she said. “And for the first time I have reserve savings.”

At 72 years old, after years of working, she relies on just her Social Security benefits. And pays $167 a month in rent.

Falandys said she’s blessed to have an affordable option in the town she loves so much. But knows she’s one of the lucky ones.

Stewart said that’s the kind of stability needed across the region.

“If this is kicked down the road, I think low-income families are going to be pushed out completely. Their only options are going to be substandard overcrowded options or not living here at all,” Stewart said. “We’ll have an economic shock in Fairfield County felt across the state.”

The hope is the state takes action one way or another. But at the very least, Stewart said, the report should help all residents realize that affordability is a concern for all, and affordable housing isn’t affordable if the most vulnerable income bands are left out.