A brighter side of the coronavirus: Worker bargaining power 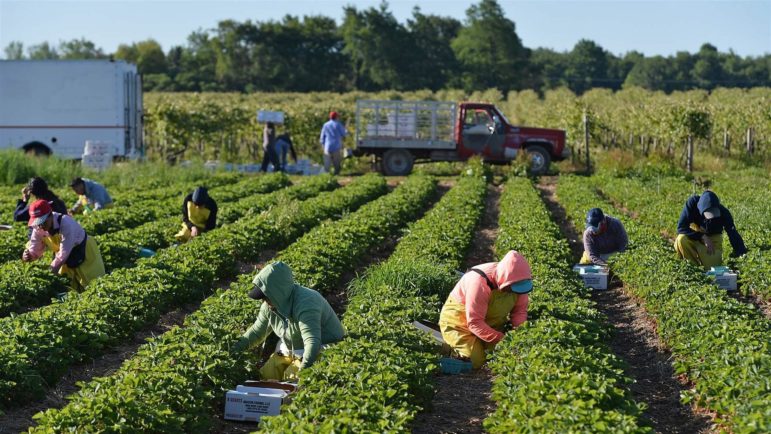 “They may be essential employees, but they’re not sacrificial employees.”  These are the words of Wendell Young, speaking to the Wall Street Journal.  Young is President of United Food and Commercial Workers, Local 1776.  They work at the Mission Foods tortilla plant in Mountain Top, Pennsylvania.  The Wall Street Journal reports that so many are staying away, plant output is now down 50%.

Benito Tapia and 86 of his co-workers at Mission Foods walked off the job in late March to protest unsafe conditions.  The company is claiming their strike was not just illegal, but a threat to national security.

President Donald Trump has designated food service workers as essential.  Is he going to use his power to demand they can work safely, or side with employers who want them back right now, at the lowest possible cost?   With this president, do we have to ask?

The virus is killing people of color and the poor at higher rates, but it also gives them an opportunity.  Wars and plagues hurt the poor more, but can also help them by making labor scarce.  Economic historians say the Black Death of the 14th century brought a power to serfs that wound up ending feudalism.  The French economist Thomas Piketty shows how two world wars drove down economic inequality.  He also shows it has shot up since then.

Right now we are seeing a growing power for workers deemed “essential.”  Most of these folks are the lowest paid, least-protected, and most at-risk: grocery clerks, delivery drivers, janitors, hospital workers, farm laborers.  Many lack basic benefits like vacation, health insurance, or even sick leave.

The same immigrants Trump once called rapists and criminals are now “essential.”

Many more have no rights at all, because they are illegal immigrants.  But funny, ICE isn’t raiding their factories right now.  The same immigrants Trump once called rapists and criminals are now “essential.”   Can they use their new power?  Can we?

Trump and his wealthy donors are screaming for everyone to get back to work — without protective gear, testing, safe work policies, or medical insurance.   Go back to your lousy job, now with more stress and risk.  And don’t even think about asking for a safer workplace or hazard pay.  After all, we’ve got to protect The Economy – which means our stock portfolios and Donald Trump’s re-election.

Oh, and by the way, while you’re out there protecting our investments, we’ll stay in our cozy little havens until it’s safe to come out.  Social distancing comes naturally to us.  So if it means we have to stay even further away from you, the great unwashed and likely-to-be-infected, well, that’s a sacrifice we’ll just have to make.

Dubbing some workers essential means reassessing their position.  It has been widely reported that Whole Foods boosted wages in response to the virus.  Less widely reported is that these raises came amid strikes and threats of strikes at Whole Foods, Instacart, and Amazon (LA Times).   So it’s not just market forces; it’s how we use them.  All those horns honking for ‘frontline’ workers should be honking for their wages, benefits, and protection.  Let’s really support “Our Heroes.”

There are other denials of basic human rights — like no sick days or ‘health insurance’ with deductibles no one can afford.  The virus is showing that these aren’t just unfair, they put everyone at risk.

We all deserve a living wage whether or not we can work. This once ‘impossible’ idea is now a reality for millions.   We need much more government expenditure (enabled by an aggressive Federal Reserve) on climate change, health care, and job training.  This crisis is showing that such spending can be mobilized without inflation.  When the crisis is over, people are going to remember.

The Wall Street Journal article on Mission Foods reports other companies where workers were fired for refusing to work when sick or with others who were sick.  When reporters called the companies, they said the firings were a mistake and the workers would be rehired.  So public exposure can help.

These workers are fighting for their basic human rights, but they’re also fighting for us.  They need our support, but we also need their power.  They are on the ‘frontline’ in more ways than one.

Jim Stodder lives in West Hartford and teaches economics in the Metropolitan College, Boston University.  He has worked as a union machinist and is now a member of the Service Employee International Union.