A Fourth of July salute to the Anglo Saxons 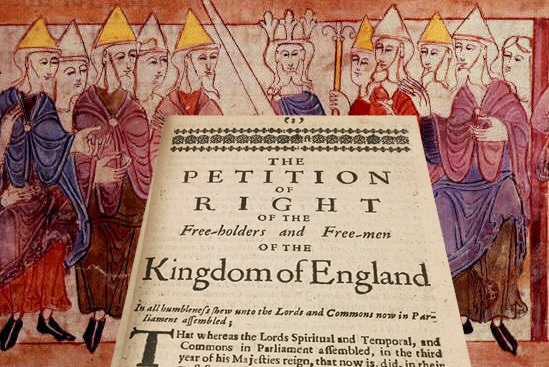 We Americans love to celebrate our diversity. We have Columbus Day, St. Patrick’s Day and Martin Luther King Day. Various ethnic groups have parades to honor their culture; and this is fine. But we often forget about the one group to whom we owe our freedom and prosperity – the Anglo Saxons.

Tenth century England was a primitive place. It was barely an Iron Age culture, with marauding tribes engaged in internecine struggles among themselves and against the invading Vikings. Illiteracy was the norm. Meanwhile, Japan had established an advanced culture of writing and literature. Thirteenth century China built ships ten times the size of those Columbus used to cross the ocean. The Arab world invented algebra, advanced architecture and a body of literature that delights children to this day. Meanwhile, the English survived by subsistence farming, lived in huts and walked around in clothing that was nothing more than a burlap sack.

Yet the people from this small island established global hegemony. Why? Because while other cultures lived under Rule of Men, the English developed Rule of Law.

Ever since King John was forced to sign the Magna Carta at Runnymede in 1215, the English people chipped away at privilege and power, enabling all citizens to be equal in the eyes of the Law. The Magna Carta allowed heirs to inherit property without confiscation by the state. It ended the practice of forcing wealthy widows to marry politically connected nobility and merchants. Parliament was eventually established. The much maligned Richard III promulgated the concept of a free press and bail for the accused. The Petition of Right in 1628 prohibited excessive taxation and the quartering of soldiers in one’s house. It created the concept of habeas corpus – meaning you could not be arrested without being accused of a crime. The English fought for the right to bear arms, worship freely and not have to pay damages for a crime one did not commit. These became known as the Rights of Englishmen and when King George III refused to extend these rights to the American colonies, our forefathers rebelled.

It has become fashionable among our cultural elite to disparage our forefathers as racists, homophobes, misogynists and elitists. But they were great men. The entire planet dreams of living in England or one of its children – whether it be the United States, Canada, Australia or New Zealand. Iran does not have an illegal immigration problem.

So this Fourth of July, permit me to raise a glass of cognac to the man who sailed to Sicily and convinced my grandfather and my great uncles to immigrate to the United States and work in the coal mines of Pennsylvania. My grandfather despised this man, disparaging him with the term “Johnny Bull.” He felt he had been deceived as this life-threatening, back breaking work paid poorly.

But when my grandfather made money, he got to keep it. And when he built a house for my grandmother, my father and his five siblings; no Mafia thug could take it away from him. And his children became college professors. And his grandchildren became doctors and lawyers. And his great grandchildren went to fine universities and live a life style and have opportunities my grandfather could never have conceived.

So I hope the descendants of this man are as fat and happy as we are; and I hope that at some time in my career, one of his descendants came into my office, shook my hand and thanked me when I handled his eye problem competently.

Joe Bentivegna MD is an ophthalmologist in Rocky Hill.