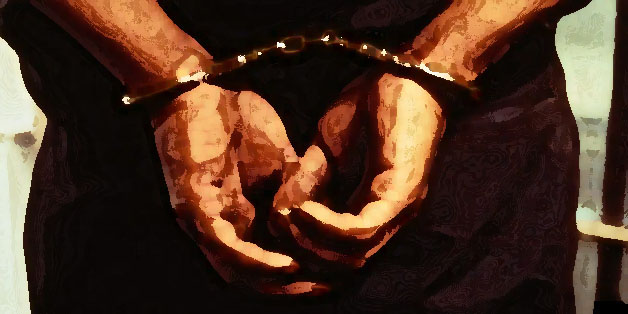 The term, “War on Drugs” was popularized by the media shortly after a press conference given in 1971 by President Richard Nixon.  Even before this term was coined, the U.S. drug control policy has been, and continues to be based upon the simple theory of deterrence that the application of the force of law against the supply of illegal drugs will curb drug consumption by making drugs scarcer more expensive, and riskier to buy.

The strategy has failed to accomplish its mission and has had a disproportionate and profoundly negative impact on black Americans.  But strategies can change — and as one learned from the Iraq war –  a change in strategy can produce dramatic results.

America needs a new strategy where less punitive demand-side measures of treatment, prevention, and education play the dominant role in confronting our drug epidemic:  A new path forward for law enforcement in our urban neighborhoods.

The Iraq War began on 20 March 2003, with a “shock and awe” campaign that quickly overwhelmed Iraqi forces.  On April 9, Baghdad fell and by 30 April the original military objectives were complete.  Saddam Hussein was captured in December of that year. As we all know, what ensued was a chaotic and deadly civil war between Shias and Sunnis, as well as a lengthy insurgency against coalition forces.

The U.S. supported-Iraqi government was not trusted by a significant proportion of the population.  American casualties grew steadily as did discontent in America.  Our national confidence and pride were replaced with fear and dismay.

Polls showed that after the 2006 mid-term elections a substantial majority of Americans expected the Democrats to reduce or end American military involvement in Iraq.  After her party’s victory then House Speaker-elect Nancy Pelosi wrote an article entitled, “Bringing the War to an End is my Highest Priority as Speaker.”

In the entire history of the country up until that point, the legal system had only seen 55 minimum sentences in total.  Most readers would be astonished at how little quantity is necessary before a five- or 10-year mandatory minimum is triggered.  By way of example, about 2.3 pounds (1 kilogram) of heroin can invoke a 10-year mandatory federal sentence with no parole.  Think about that next time you go to the gym.

In the 1980s the number of arrests for drug offenses rose 126%.  In 1994, the New England Journal of Medicine reported that the “War on Drugs” resulted in the incarceration of one million Americans each year.  According to Human Rights Watch, crime statistics show that in the United States, compared to non-minorities, African Americans were far more likely to be arrested for drug crimes, and received much stiffer penalties and sentences.

Statistics show that African-Americans, who make-up 11% of the population and comprise 13% of regular drug users, were sent to state prisons for drug offenses 13 times more often than those of other races. Black Americans make up 35% of drug arrests, 55% of convictions, and 74% of people sent to prison for drug possession offenses.

This reality is driven by a punitive supply-side approach to our nation’s drug problem.  Our suburban friends, our college kids, their professors, are all free to experiment and use drugs with little risk of incarceration.  Imagine if the DEA ran a Wire at Yale and did a take-down involving students, professors, and staff where everyone had to serve just 60-days in jail, lost their jobs, or were expelled from school.  How long would it be before we surrendered this war?

The supply-side law enforcement approach involves search and destroy tactics as well as an ever-increasing use of military weaponry.  It is singularly focused on the “bad guy” that is overwhelmingly the supplier and not the user.  It is mostly white cops against disproportionately black targets.

Federal and state policies also impose collateral consequences on those convicted of drug offenses, such as denial of many public benefits and professional licenses that are not applicable to those convicted of other types of crime.  Many states also impose mandatory driver’s license suspensions of at least six months for persons committing any type of drug offense including offenses unrelated to driving.  According to a Prison Initiative Report, 191,000 driver’s licenses were suspended in this manner in 2016.

The Surge was developed under the working title, “The New Way Forward” and was announced by President Bush during a television speech in January 2007.

Make no mistake, the Surge was not about sending more troops to up the ante on the same mission.  General David Petraeus was appointed by President Bush to replace General George Casey as the Commander of Multinational Force Iraq.  General Petraeus ushered in a new counterinsurgency strategy that attempted to win the hearts and minds of the Iraqi people through building relationships, preventing civilian casualties, and compromising with and even hiring some former enemies.

The new strategy was population-centric in that it focused in protecting the population rather than killing insurgents.  Whereas in the past, Coalition forces isolated themselves from Iraqis by living in large forward-operating bases far from population centers, troops during the Surge lived among the Iraqis and operated from joint security stations located within neighborhoods.  Coalition forces were permanently assigned to a given area so they could build long-term relationships with the local Iraqi population.

For the first few months of the Surge, violence increased; however, as relationships grew, so did success.  U.S. military deaths fell from a peak of 126 in May 2007 to 23 in December.  During the period after the Surge – June 2008 to June 2011 – the monthly average was less than 11.

Relationships matter!  Even the most ardent critics that opposed the Surge plan came to acknowledge its success.

In 2014, a Pew Research Center poll found more than six in ten Americans state that the state governments moving away from mandatory prison terms for drug law violations is a good thing.  This was a substantial shift from the same poll question in 2001.  In 2018, a Rasmussen Report poll found that less than 10% of Americans think that the War on Drugs is being won.

Recent events suggest that no more polls are necessary to measure the will of the American people.

Our supply-side drug strategy is ill-designed, unable to defy the market logic of the drug trade and has led to profound and disparate treatment of Americans along racial lines.  Penalties for drug crimes almost always involve permanent or semi-permanent removal from opportunities for education, the striping of voting rights, and the creation of criminal records that undermine employment opportunities.

The supply-side focus fosters an “us versus them” mentality that creates a wedge between law enforcement and the people they protect.  There is a better way.  We want and need more good cops, but more than that we need new strategies and styles of leadership.  Parenthetically, we have all observed several recent examples of leadership that should reassure us of what is possible – chief among them the Police Chief in Flint, Michigan.  That said, our problem is more than a few bad cops or an insufficient supply of trustworthy leaders.  Our bigger problem is a failed strategy that is fueled by our ongoing supply-side drug interdiction efforts under the label, “War on Drugs.”

A new vision is needed along with leaders who believe in it, will sell it, live it, and demand it.  Together we can create a culture where cops are viewed as heroes by all of us.  Our police officers are by and large mostly selfless servants that go into harm’s way and see things few of us can imagine.  Let’s give them a strategy for success that will unite us along racial lines as opposed to dividing us.

In sum, America’s race problems are far more expansive than what is touched upon with these short words and thoughts. This is merely meant to foster discussion – with a view towards action.  We have much work to do in every clime and place.

Paul McConnell is a retired Marine Corps reserve Colonel and former federal prosecutor. He served as an infantry officer during the Gulf War and as an Operations Officer in Afghanistan. Presently, he runs the McConnell Family Law Group with offices in Hartford, New Haven, and New Canaan.