A no for a right to housing, is a no for health equity 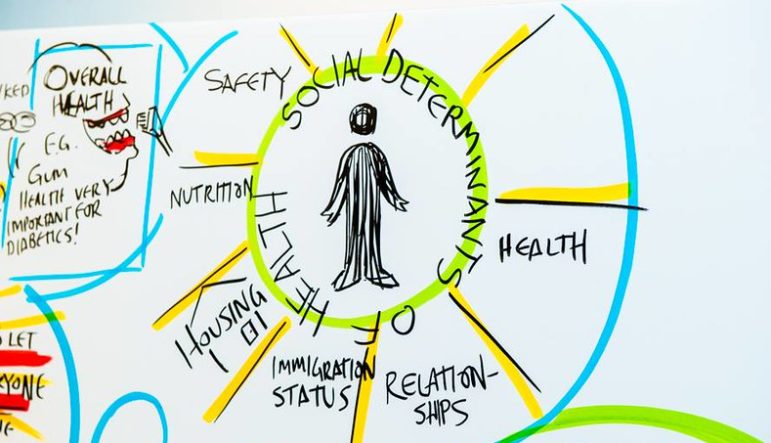 When is the last time you waited in line for three hours? Given that we’ve been wrestling with a ferocious pandemic the past year, hopefully it wasn’t recently, for Anthony Fauci’s sake. But if you did, were you nervous the entire time? When I made the choice to come to Yale for my master of public health degree, I never expected that I’d end up waiting three hours to testify in a public hearing, let alone in support of a bill establishing the right to housing. As a medical student, I am intimately involved with health at the clinical interface. But what does housing have to do with health?

Housing policy is one of the frontiers of health for three key reasons I’ll address: it addresses the social determinants of health, long term care, and could have the potential to aid Connecticut in controlling health care costs.

When I first started medical school, paralleling housing policy and health policy was not something I could substantiate confidently. Like myself, historically people have limited health to a silo of chronic and infectious diseases. But the signatures in the joint favorable report for SB-194 released recently paint a different picture.

The report contains over 160 signatures in support and less than 15 in opposition. The reasons listed in support include housing being a moral and human right as well as its positive effects on public health. Much of the latter idea could be explained by the international movement toward  addressing social determinants of health. SDOH are social factors that affect an individual’s health outside of the clinical interface and are key drivers of health inequities.

Over my years training at a safety net hospital in Nashville, I recall becoming familiar with patients in the emergency room largely driven by the social contextual factors like lack of access to stable housing and regular refills on anti-psychotics for their psychiatric diagnoses. Housing, climate, and transportation policy all have the potential to have adverse effects on population health.

But how could housing policy be implicated in the COVID-19 pandemic? Unfortunately, we’ve grown far too familiar with nursing home residents being among  the hardest hit populations. According to the CDC, as of November 2020, among assisted living facility residents with COVID-19, 21% died compared to 3% in the general population. How many deaths could have been averted if more elderly citizens had access to affordable and sustainable placement in the community?

As a matter of fact, 78% of Baby Boomers prefer aging outside of these long term care facilities but only half believe it possible. Long term care policy is fraught with issues and by no means is housing a complete fix; reform is certainly long overdue. But a positive right to housing could facilitate the “aging in place” movement that so many Americans prefer but believe is out of reach.

A right to housing also has the potential to aid Connecticut in its cost containment strategies. A couple of months before the pandemic, Gov. Ned Lamont signed Executive Order No. 5 and Executive Order No. 6. The former directs the Office of Health Strategy (OHS) to annually report on public and private payer spending growth while the latter directs the Department of Social Services (DSS) to bolster efforts to control Medicaid costs. During my oral testimony in support of SB-194, I was questioned on the return on investment for housing. In the most recent issue of Health Affairs, authors found that a housing program in Baltimore generated between $1.30 and $1.92 of social return on value for every dollar spent. Similarly, UnitedHealth, one of the largest insurers in the U.S., is piloting a housing program called MyConnections. As of last year, they found reductions in ER visits and inpatient admissions.

To be sure, while establishing a right to housing is important, it is also important that landlords are heard out in conversations surrounding ensuring an adequate supply of housing. Proper incentives must be in place so that the supply of affordable housing dances in tandem with the demand. The majority of affordable units in Connecticut are in the middle to low-income band of the area median income range with relatively fewer units available at the ends of the spectrum. If high income residents don’t have an adequate supply of units, they could potentially crowd out the lower area median income units. Thus, ensuring the proper incentives are in place for developers are imperative.

A quick look at Google trends data for people searching “health equity” in the past year reveals a positive trend. Health equity is a hot topic in many industries and current state and federal administration have vocally expressed its importance in decision-making. With SB-194 filed with the Legislative Commissioner’s Office, we will see what the General Assembly decides. But make no mistake, a no for a right to housing is a no for health and equity.

Thomas Stovall of New Haven is a student at the Yale School of Public Health.