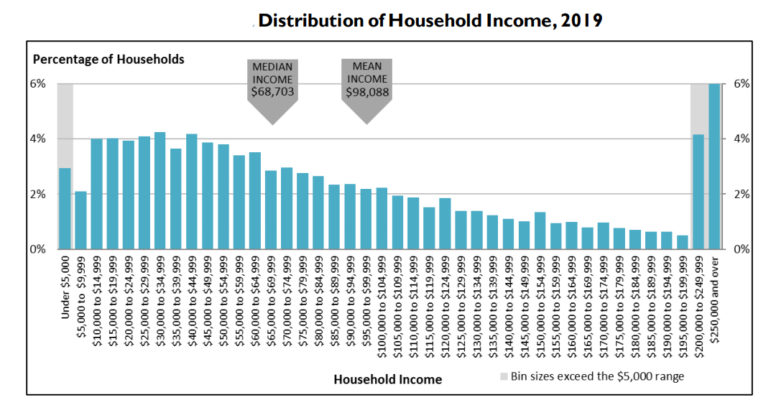 Welcome to Hartford, Connecticut; capital city for one of the wealthiest states in the wealthiest nation in the history of the world. On broken street corners, and in narrow halls of political power, love and fear wage wars of attrition. Every legislative session, millions of working people find their lives and livelihoods at stake under the golden dome on Capitol Avenue.

In this small New England city, over 200 incidents of gun violence last year, with 25 ending in homicide, set a six-year record in a continuing trend. One late Friday morning in September, Main Street bled from the city’s second homicide in just two days. Jaqhawn Walters was 24 when a bullet struck down his future excellence on and off the basketball court. Following his murder, Jaqhawn’s former coach was one of many to remark that he “was very, very rooted in the Hartford community” and “gave as much as he was able.” Jaqhawn’s friends and family were devastated by the sudden loss.

Policymakers’ solution? An increased police presence paired with further tax breaks for the rich financed through cuts to essential services. But in a working class city whose demographic is 80% Black or brown, an historic struggle for social progress is ongoing. The rich are not being asked to embody the generosity of spirit Jaqhawn modeled, only to pay their fair share.

In 2018 the town of Darien received the esteemed honor of “nation’s wealthiest community.” Just 70 miles down the road from Hartford, Darien sits along Connecticut’s ‘Gold Coast’—so-called for its high-density concentrations of exorbitant wealth and power. In a disturbing and familiar pattern, Darien’s overall well-off population of 20,000, in contrast to the state capital, is 91% white.

National data sourced from 2016 by the Brookings Institute shows that with the exception of a sharp decline during the Great Recession, white U.S. households have seen an average steady increase to their wealth since 1989, while Black and brown households have seen almost none. Meanwhile, according to Pew Research Center, the overall disparity in wealth between rich and poor “more than doubled” over the course of that same period.

Much of Connecticut’s wealth is held by just 14 people. A recent report by Americans for Tax Fairness shows Connecticut billionaires increasing their collective holdings by over $2 billion during the pandemic, while essential workers risked their lives performing poverty-wage labor that kept the state functioning. Each of those 14 billionaires pays a lower percentage on their income taxes than the average essential worker with a family living in Hartford.

This tiny cohort comprising the 1% of the 1% in Connecticut includes the Sackler family. With their enterprise in the guise of Purdue Pharma, the Sacklers’ bottom-line has been sustained for decades by their manufacture of the opioid crisis. As Patrick Radden Keefe reported in 2017, “since 1999, two hundred thousand Americans have died from overdoses related to OxyContin and other prescription opioids” which the Sacklers continually claimed were not addictive. The moral cynicism of greed then allowed the Sacklers to seek from the wreckage of their reckless avarice further profit through investments in addiction treatment.

Greenwich resident and billionaires’ club hang-around just shy of the mark Warren Kanders recently stepped down as vice board chairman for the Whitney Museum of Art after protests helped expose just how he came into much of his $700 million fortune. His company Safariland has done well from the sale of tear gas and rubber bullets to police departments who utilized these profitable munitions in the violent suppression of massive Black Lives Matter protests this past summer. Capital’s exploits can thus serve anti-democratic functions such as maintaining white supremacist power structures through the crushing of public dissent.

Political freedom is a matter tied up with economic justice. Thaddeus Stevens, a leading voice of abolition-democracy in the U.S. Senate during Reconstruction, spoke to this in relation to enfranchising at the ballot box 4 million formerly enslaved Black Americans on Sept. 7, 1865: “If the South is ever to be made a safe republic let her lands be cultivated by the toil of the owners or the free labor of intelligent citizens. This must be done even though it drives the nobility into exile! If they go, all the better.” Stevens referred specifically to the matter of disenfranchising about 70,000 former slave owners of their wealth and property following the Union’s victory in the Civil War.

As W.E.B. Du Bois includes in his book Black Reconstruction in America, “Stevens argued that since all this property which has to be confiscated was owned by 70,000 persons, the vast majority of the people in the South would not be affected by this policy. These 70,000 were the archtraitors and since they had caused an unjust war they should be made to suffer the consequences.”

On the other hand, Charles Sumner initially hesitated at the confiscation of property from former slave owners. Sumner, then Senator of Massachusetts, was overall aligned with Stevens in the legislative struggles of Reconstruction. In 1862 he said, “To give freedom is nobler than to take property…There is in confiscation, unless directed against the criminal authors of the rebellion, a harshness inconsistent with that mercy which it is always a sacred duty to cultivate.”

However, as Du Bois writes, by 1865, Sumner observed the “economic demands of emancipation” when he asked, “Can emancipation be carried out without using the lands of the slave-masters? We must see that the freedmen are established on the soil, and that they may become proprietors.”

When Sumner argued to the floor of the U.S. Senate in favor of voting rights for formerly enslaved Black Americans on Feb. 5, 1866, he began with a call to action in the form of moral practicality: “By every motive of self-preservation, we are summoned to be just.” Today in 2021, we have not yet arrived at the place from whence Sumner saw the beckon of freedom and equality, and the preservation of our social fabric is likewise in jeopardy.

Redistribution of wealth and property is a fundamental and missing pillar of the hope for multi-racial democracy in the United States. Having not yet occurred, it leaves the full promise of emancipation unfulfilled. In what has been called “the new gilded age” by Jane McAlevey and others, today we face the same revolutionary crossroads as the one faced by Sumner and Stevens. One path leads further down into the dark of inequality, while the other leads forward toward the dawn of our potential as a species.

Sumner’s address to the Senate floor in 1866 illuminates the presence of an ideology foundational in American political hegemony, one with sinister lasting endurance: “…in claiming exclusive rights for ‘white men’ you degrade nearly three-quarters of the Human Family, made in the image of God and declared to be of ‘one blood’, while you sanction a Caste offensive to religion, an oligarchy inconsistent with Republican Government, and a monopoly which has the whole world as its footstool.”

Be it the fight for emancipation or a progressive income tax, the ability to create change —power— grounds any and all efforts toward human progress. In giving what Du Bois called “the most popular argument for Negro suffrage” at the time, Carl Schurz expands: “Practical attempts on the part of the Southern [white] people to deprive the Negro of his rights as a freeman may result in bloody collisions and will certainly plunge Southern society into restless fluctuations and anarchical confusion…The solution of the problem would be very much facilitated by enabling all the loyal and free-labor elements in the South to exercise a healthy influence upon legislation. It will hardly be possible to secure the freedman against oppressive class legislation and private persecution unless he can be endowed with a certain measure of political power.”

A multi-racial working class movement for change is taking shape in Connecticut. Four years of Trump put the movement temporarily on the defensive, but new opportunities for progress have arisen following Trump’s electoral defeat. Formations like CT People’s Recovery Coalition and Recovery For All CT are uniting progressive grassroots organizations to fight for an end to austerity and a better future for working families in the state.

Connecticut’s wealthy are in violation of their own “sacred duty” to “cultivate” “mercy.” If, in Sumner’s words, “to give freedom is nobler than to take property,” then what does that make the 1%? Every dollar in their deepening pockets is gleaned from the labor of the multi-racial working class. A progressive income tax to guarantee a fairer distribution of resources would not only be an act of “self-preservation” but would contribute also to the imperative realignment of this state’s moral compass. The needle wavers in the new North as it tarries in the old South, but steadily it points toward justice.