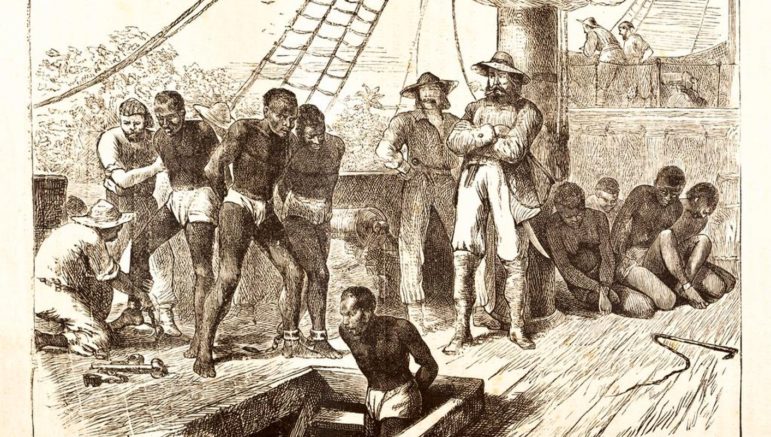 In a Viewpoints piece on June 2, Susan Harris wrote, “Our shared humanity – found in our nation’s history – unites us no matter which ship brought our ancestors to these shores. Civilization and our republic depend on it. Justice requires it!”

When I initially read this piece, I shook my head, ashamed that a fellow educator had the audacity to equate the forced pillage and enslavement of Africans in this country to European immigrants’ arrivals. As the week has progressed and I’ve watched increasing police violence against peaceful protesters calling for this country to finally see the full humanity of black people, I cannot seem to shake the historical inaccuracy and, frankly, the insidiousness of this piece.

Susan Harris is effectively asking the protesters and black people to rally around the idea that this country was crafted to serve all people equally. This is a fundamentally false narrative that is ideologically unsound and dangerous. There has been more than enough historical research on the founding and construction of this country to indicate that, in fact, our nation was intentionally built to deny “shared humanity” to black people. This began with the enslavement of Africans who were bought and sold as white men’s property, continued with the three fifths compromise in which slaves were literally tallied as partial humans in population counts, and continues to this day with housing restrictions, voter suppression, and rampant police violence.

In addition, Susan Harris makes a number of claims about the “anarchy and looting” taking place throughout Connecticut but makes no nod to her sources. There have been peaceful protests across the state every day since last Monday, and to my knowledge (and according to news sources and Twitter), there has been not a single instance of looting or anarchy in our state.

There is much to be disappointed and disturbed by in Ms. Harris’ piece, but instead of amplifying her historically inaccurate narrative, I ask the readers of the CT Mirror to consider the importance of confronting the complete truth of United States history. We truly cannot, as individuals, a state, or a nation proceed directly to calls for Black students to say “I can achieve” without first honestly and critically examining our ancestors’ and our own complicity in creating the conditions that lead to Black men saying, “I can’t breathe.”

Doing anything less makes us continued actors in a system of white supremacy that, as Kiese Laymon writes in Heavy, “neglect[s] yesterday while peddling in possibility. I remembered that we got here by refusing to honestly remember together.”

So, fellow white people, and particularly white educators, before jumping into claims about what we must do, please take a moment to pause, listen, and learn. If we do not know our real history, we cannot craft a different future.

Shannon Leigh Kelley is a doctoral student in education at the University of Connecticut.