A solution to the 140th District election quagmire 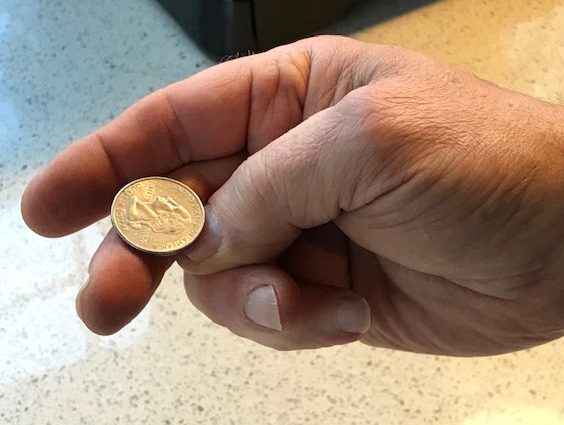 A “quagmire” describes an extraordinarily distressing situation that all of the options for extraction would probably just make worse. The term aptly describes both falling into quicksand and last November’s election for the 140th Connecticut House of Representatives district in Stratford, where an egregious error by elections officials resulted in 70 votes being cast in the wrong voting district, in an election where the margin of victory (for Democratic incumbent Phil Young) was 14 votes.

Similar instances of gross incompetence and mismanagement by election officials have occurred elsewhere in Connecticut, but not with the same dire consequences. In Derby it was discovered last year that 30-40 voters had been voting in the wrong state assembly district for three election cycles because of a failure by the municipality to update poll books after the last redistricting, producing the awkward spectacle of a major-party nominee who thought she lived in the district, finding out halfway through the campaign that she actually lived outside of it; and a similar instance in Hamden where 25 households on Paradise Avenue were discovered to have been casting ballots in the wrong district for multiple elections.

These other mishaps are deeply troubling — and, for perspective, they both involved more voters than have ever been prosecuted for “voter impersonation fraud” in Connecticut — but unlike Stratford neither resulted in an election where the outcome is irredeemably flawed and no legitimate winner can be determined, which is clearly the case when the number of false ballots exceeds the margin of victory by a factor of five.

After calling multiple witnesses and hearing hours of testimony, the bipartisan Committee on Contested Elections deadlocked along party lines about how to proceed, unable to act dispassionately with what philosopher John Rawls called a “veil of ignorance” about partisan outcomes.

The matter has been punted to the full General Assembly. Now what?

The absence of good options for resolving the 140th quagmire doesn’t mean some of the dismal options are not worse than others. Attempting to mathematically deduce the intentions of voters whose ballots were counted in the wrong district based on their neighbors’ voting patterns, which according to one political scientist gave a 58 percent likelihood that the results were legitimate, may be an interesting academic exercise but cannot be taken seriously as a method for awarding seats in the legislature.

Seating the apparent winner (Young) on such a flimsy basis would be tossing acid on the foundations of the social contract and our allegedly sacred democracy. Why bother voting at all if we simply uphold the results of botched elections, and those responsible for botching them are not fired or even reprimanded?

Seating nobody in the 140th is unacceptable as it would leave more than 20,000 residents of Stratford without representation in the General Assembly. The ostensibly obvious ‘solution’ of holding a new election is problematic, as Democratic members of the Committee on Contested Elections argued, because special election turnout is typically below 20 percent, sometimes below 10 percent (as in a recent special election for state senate in New Britain and Berlin), and demographically unrepresentative of general election turnout, as those who typically turn out in special elections are considerably more affluent and less diverse than the electorate who voted in the midterms last fall.

Calling for a new election is to invite the de facto disenfranchisement of hundreds if not thousands of voters. The League of Women Voters and Common Cause have called for a partial new election, that is, only re-running the election in the affected voting districts (about 700 voters), which would hold down the cost of administering a new election for the entire district and minimize, but not eliminate, the problem of reduced turnout disfiguring the electorate into something totally unrepresentative of the original election.

I would propose an even more inexpensive option: flipping a coin.

Doing so may violate our historically ungrounded view that democratic elections must be “won,” but in fact it has been the preferred method for thousands of years for resolving elections where a winner cannot be determined (for example, in the case of ties); and in fact, certain democracies (city-states in Ancient Greece) have elected public officials by lot as a common and universal practice — the same way we seat juries, a procedure known as sortition.

Ultimately the fairness of a coin toss lies as much in what it does not do, that is, impute popular legitimacy to a particular winner where there is none, and indulge in the false notion that any election can ever be successfully recreated, either by mathematical inference or by doing it over under what are inevitably different conditions.

When faced with a quagmire, first do no harm. Of all paths forward, calling heads or tails is the least injurious to both parties, and the least expensive. Let’s take the money that would have been spent on a special election and re-direct it towards making sure that election oversight is improved, particularly at polling places with multiple voting districts, so that we never find ourselves entrapped in such a quagmire ever again.

One thought on “A solution to the 140th District election quagmire”