A tax pathway to balanced journalism 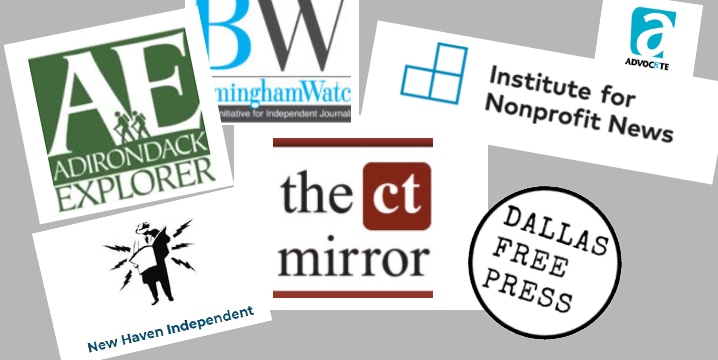 [I]n the current era of ‘fake news,’  the continued contraction of legacy media, and news media fragmentation, the quality, breadth, and depth of journalism are eroding around the country and in Connecticut. CTMirror has been and continues to be an exception to this trend.

The Connecticut Mirror is one example of a new form of nonprofit (tax exempt) news site that has emerged throughout the country over the last decade in locations where traditional for-profit print newspapers have failed or are failing because they cannot sell enough advertising to stay in business.   The numbers are significant. There are approximately 300 of these nonprofits around the country.  You can learn about them on the webpage of the Institute for Nonprofit News (INN),  a national  association formed a decade ago to support this emergent form of journalism.

I am an enthusiastic supporter of these news organizations, and you should be, too. The reason is simple:  they have the potential to restore objectivity and balance to journalism at a time when both are in short supply —  and all they need do to reach this potential is stay true to the prime directive the law of tax exempt organizations (of all things) imposes on them:  that their journalism always be in service to the greater end  of educating members of the public so that they will be fully informed when exercising their First Amendment rights to think for themselves and make life decisions.

Journalism for the sake of education

There is no mystery here.  The type of journalism in question is in the nature of what PBS has traditionally delivered in a broadcast setting;  but, in the middle of our partisan bickering it will not be easy for these news agencies to stay true to the prime directive and I am writing with a practical recommendation to help them do so.  The existing set of legal principles available to guide compliance with the prime directive is incomplete and often raises more questions than answers.  My recommendation is that the news organizations (perhaps through INN) take the initiative and supplement the existing set of principles with additional analysis and guidance to help editors and writers stay true to the prime directive as they take in the events of the day and decide how to report them.

The story of the prime directive begins with money.  The traditional newspapers are failing  because of the collapse in advertising revenue,  and the reasoning is that if the affected communities still want a local news source they will have to donate enough money to pay for it.  The only way to attract donations on this scale is to operate as “tax-exempt” so the donations will be tax-deductible.  While adherence to the prime directive is what makes these news organizations tax exempt,  exemption  is not a matter of right. The  newspapers must file an application with the IRS in which they, among other things, pledge to abide by the prime directive (as you will see).

The core text of the directive is  found in a well-known federal tax statute (Section 501(c)(3) of the Internal Revenue Code),  and the statute requires that the pledge to the prime directive be embedded in the corporate charters of the newspapers,  as shown in the following two sentences taken from the charter of the nonprofit Texas Tribune in Austin:

The Corporation (the Tribune) is organized exclusively for charitable, scientific and educational purposes as defined in Section 501(c)(3) of the Internal Revenue Code.  These activities will include,  but not be limited to educating the public through the production of high-quality journalism on a website that the Corporation will develop and maintain.”

These two sentences are like wedding rings in that they evidence a mutual legal commitment and an exchange.   In the first sentence the newspapers commit exclusively to the prime directive (specifically the word “educational”),  and in the second the newspapers identify journalism as the means to this end and not as an end unto itself.  In exchange, the IRS offers the tax-exempt status the newspapers need to finance their operations.  However,  it takes more than rings to make a  marriage work, and this is where the IRS’s existing (but incomplete) set of guiding principles enters the picture.

Conveniently, the principles in question are consolidated in the Application for Tax-Exempt Status the new nonprofit Salt Lake Tribune (Utah) filed with the IRS in 2019 (as the successor to its  failed for-profit predecessor).  The application is available publicly if you want the detail,  but the following summary should suffice for my purposes.

The Tribune (Utah) promised that both its content and its method of producing content would instruct the public on subjects useful to the individual and beneficial to the community; that its reporters would conduct thorough investigations to provide sufficient factual information to aid readers in the learning process; that its content would  be prepared and selected based on objective editorial criteria such as the degree to which both sides of controversial issues are covered; and that it would inform the  public of all sides of issues with a  sufficient factual foundation to allow readers to form an independent opinion based on the knowledge obtained from the articles.

While the principles articulated by the Salt Lake Tribune are clear and easy to understand,  they do not extend far enough to answer the more detailed questions that always arise when general principles are applied in innumerable specific settings  —  such as these:

Assume a nonprofit does a series on a trenchant economic  issue with political and racial overtones,  but decides to cover only one side based on the staff’s judgment that the side covered has been under-covered for years?  Is that correct? Should adherence to the prime directive be judged on the basis of  a newspaper’s  total body of work each year to the effect that the directive is satisfied if, let’s say more than 50% (or some other amount) of its work product is educational?  What about the coverage of fringe groups on either the right or the left –  can one be covered without reference to the other?

Filling the gap to live up to the promise

The country needs the type of educational (prime directive) journalism these nonprofits have a legal duty to provide — but they will not be able to live up to the obligation unless they have a readily available resource to answer questions of the above type.

As I stated at the beginning, my recommendation is that the newspapers create the resource themselves.   There is nothing unusual to this suggestion – trade associations (such as INN)  regularly do this type of thing for their members;  but there are two out of the ordinary and related thoughts that have pushed this recommendation to the  forefront.

First,  if the newspapers do not do this on their own it will inevitably fall on the IRS to do so at some time and in some manner because the IRS has the duty to enforce the tax law to the point of revoking a newspaper’s tax-exempt status in egregious cases.  Second,  having said that,  my experience tells me that this is not an area in which the IRS is overly eager to take on enforcement audits because it is nuanced and potentially political – which is my way of saying that the IRS would likely be pleased to see the newspapers taking on this responsibility because it will only make its job easier in the long run.

There is much is to be said about this issue, but let me close here with an invitation for comments, criticism, and suggestions from readers.  They can be sent to the email address below.  If there is sufficient interest TANGO (the organization I represent) may develop educational webinars and other resources to provide additional guidance.

John (Jack) Horak is a retired attorney and the Director of Education and Consulting at TANGO (The Alliance for Nonprofit Growth and Opportunity) based in Farmington.