A voice against Tweed Airport’s expansion 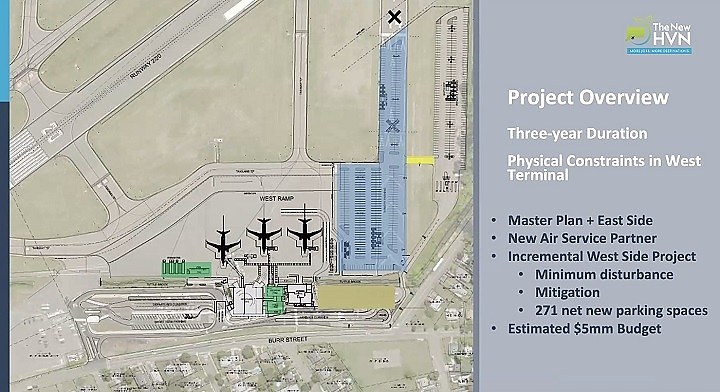 I had the pleasure of speaking with Jorge Roberts, CEO of Avports after the recent press conference about expanding Tweed Airport. My heart was glad to be able to communicate in both Spanish and English, perhaps it was our way to try to build some bridges of understanding. You see, I have been very vocal, some might even say relentless, in my opposition to the airport expansion.

I asked Roberts if he had read the UN’s report on the impact of aviation on global warming. He had not come across this information. I wish for everyone to know that among the recommendations from the Intergovernmental Panel on Climate Change is the recommendation to not create more infrastructure for the aviation industry, because the consequences are too detrimental.

According to the IPCC the aviation industry increases by 5.3% every year, approximately doubling in a decade. Aviation increases radiative forcing, the result of emissions that create ozone and micro particles that contribute to global warming especially in the Northern Hemisphere. These emissions are known to shorten people’s life expectancy and decrease quality of life. One can imagine why these reports may have not come across Roberts’ desk.  but I would hope more elected officials would take the time to understand the implications, as it is of great importance to those areas along the shoreline, as we desperately need resilience with tides rising and extreme weather events increasing.

There are studies that show that the pollution from aviation is twice as harmful as ground pollution. If this expansion continues to march on we will also get the bonus of increased ground pollution from the additional 200 cars per operating hour, according to Tweed’s own numbers. This burden is intended to be carried by small residential roads created in the 1600 and 1700’s. If the health of  the area’s children, elderly and wildlife are inconsequential to you, if you consider all of this simply the price of business, I hope you consider how inconvenient and increasingly unsafe these roads will become, especially since local state roads are already facing standstill congestion daily.

I don’t think Jorge Roberts is a bad guy. It’s just his job — he’s an airplane guy. I’m a people person.  I believe in putting people first. When we spoke, he asked very earnestly what I wanted, he wondered how they could make things better for us in the neighborhoods…. I took a breath, paused looked him square in the eyes and answered honestly, I said; ‘I would love for you to stay, you seem like a nice person, but perhaps run this space under another industry. I would like for this area to be built around eco tourism, food production, or simply let it go back to being a marsh, as it is stolen Native American land.’

He wasn’t expecting this, he looked a little deflated. He asked me what we would do without their improvements… I retorted that I don’t see more pavement and more air and ground traffic as an improvement. He tried to tell me about some of the promises in the plan, but those of us who have lived with Tweed under Avports for decades are all too familiar with empty promises, and bait and switch tactics that have been employed over the years. It would be naive and foolish to expect something different after a decades long relationship with this Goldman Sachs subsidiary.

This “deal” promises $5 million toward a community benefits package that is to be split between New Haven and East Haven. Nothing is in writing, nothing is concrete as far as the benefits go.  What we are sure of is the negative impacts to date. We also know that this isn’t a real big check for them to write because they are willing to spend the same amount on temporary “improvements” on the New Haven side, while they wait for East Haven approval. (An approval that is far from materializing)  Goldman Sachs knows that their investment are just a way to get free money somehow, If this moves forward and fails — which industry odds are that it will — New Haven will be stuck holding the bag and have to make good on the good-for-nothing $5 million in “improvements.” We the people of these surrounding neighborhoods are simply in the way of their “biggering” at any cost. We all know how that children’s book ended.

State Rep. Sean Scanlon, Executive Director of the Tweed Regional Airport Authority, hopefully touts Bradley International Airport as the goal for Tweed. Scanlon, seems to want to superimpose a Bradley airport into a residential area. This isn’t a board game with moveable pieces, there are real people who live here. These are our lives and our families that will be impacted. Perhaps Scanlon assumes that all of us in this area aren’t familiar with Bradley.

Not only have I flown from there on multiple occasions,  I lived in the Hartford area for many years and have done market research on Bradley Airport. Bradley is not in a residential area, in fact the area still has nearby corn fields and tobacco farms. There is even a special highway exit that takes you directly to the gates. There are flights happening almost 24 hours a day, with direct flights to many major international hubs. I can get there in about 50 minutes, while it takes me 30 to get across town. Let’s be realistic, where is the average person going to fly from? I can walk to Tweed, I flew out of there once, but never again. I prefer to use Bradley International Airport. It has a better set up.

Even if the changes take place, Tweed is still going to be a small airport in the middle of a residential area, inside of a water basin that floods; that cannot possibly compete with the accessibility, and convenience of a relatively local, clean, comfortable and affordable airport.

It is no wonder that this wishful thinking has led Tweed to be in the red for decades. Any hopeful projections of revenue they share are just that, hopes and dreams. The fact is that dead-dino-juice industries will continue to become a problem, as we literally try to extract blood from stone in shale oil drilling. Airports are completely reliant on dead fuels. They pollute the air, and water; and the profits will just fly away, leaving behind nothing but debt, pollution and death. This is a sinking business. It is sinking into the marshes, the cost has already been sunk, we do not need to sink with this ill fated plan… and we certainly do not need to sell out to save something that hurts us in every possible measure…. time to change course, just like any bad relationship, we need to simply walk away.

It’s time for us to truly look to the future. U.S. Sen. Richard Blumenthal has been working hard toward light rail in the region. These neighborhoods once had trolleys that connected them. Perhaps we should take a page from successful cities like San Jose in the heart of Silicon Valley and invest in restoring the charming old trolleys as part of light rail infrastructure which we know would do far more for the economic, physical and environmental well being of the area.

We ask our elected representatives to Vote NO on Tweed. There is simply no community benefits package that will address the irreparable harm that this airport expansion will continue to cause. This airport is bad for the economy; bad for the health of people and bad for the environment.  This location needs to simply close. It has outlived its usefulness. It is literally drowning.