Appreciating nurses starts with protecting them on the job 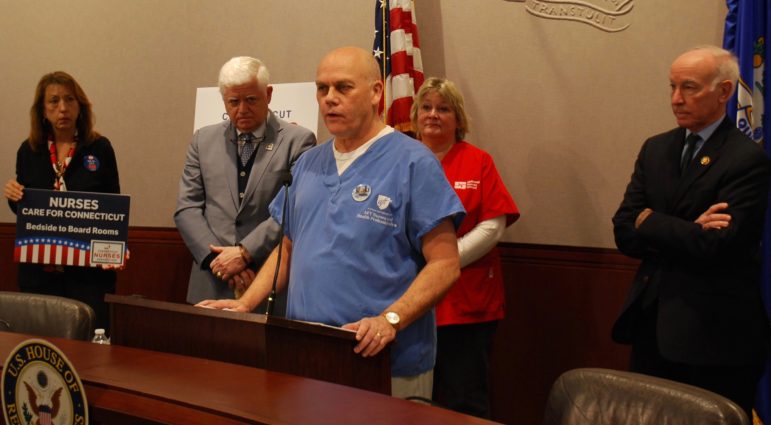 Recently, Washington State Sen. Maureen Walsh received nationwide backlash for saying nurses in smaller hospitals “probably play cards for a considerable amount of the day” during their shifts. This comment came during a debate on proposed legislation that would provide nurses uninterrupted meals and breaks at work and protect them from mandatory overtime. She apologized after receiving national outrage, during which she received 1,700 decks of playing cards.

I don’t doubt that she is sorry, but her comments and the reaction illustrate an issue that affects nurses and other health professionals; the de-professionalization of our vocation.

Today’s nurse practices at a higher level than at any time in history. The decisions that nurses make on a day-to-day basis, and the standard protocols they follow, were reserved for medical doctors a generation ago. Their level of training, their expertise and their influence on the health and well-being of the patients they serve has never been higher.

Year after year, nurses consistently rate in Gallup polls as the most respected profession across the nation. Yet they have never been at greater risk of injury and burnout.

According to the U.S. Bureau of Labor and Statistics, nurses and other healthcare professionals are injured on the job more than workers in any other industry. At the same time, they are asked to do more and more with less and less.

Nurses routinely skip lunches, miss breaks and are mandated to work overtime. Thrust into situations where they are short-staffed, they struggle to provide the care they know their patients deserve.

When they are unable, they struggle, and struggle and struggle and then they fail, suffering “moral injury,” which journalist Diane Silver describes as “a deep soul wound that pierces a person’s identity, sense of morality, and relationship to society.”

In 2013, Beth Jasper was driving home from her Ohio hospital after working a short-staffed 12-hour shift. She fell asleep at the wheel as a result of her fatigue. In court proceedings, her widowed husband and father of Beth’s six and 11-year-old daughters said of Beth and her colleagues, “They’re passionate about their work. They don’t want to make a mistake, but when you’re working under those conditions, it’s going to happen.”

Just last month, Lynne Trujillo, a nurse in Louisiana who had come to the aid of another nurse, was attacked by a patient seen in her own hospital’s emergency room. She was sent home and returned a week later suffering from a blood clot as a result of the assault; a short time later, Lynne succumbed to her injury.

When I served as the local nurses union president at the William W. Backus Hospital in Norwich, there were several incidents where nurses were injured while caring for others. In one case, a nurse was hit by a patient repeatedly over the head with a tool used to scan medication bar codes — to the point of needing several stitches in the emergency department. She was so traumatized that she could not return to work.

When we reported the incident to the authorities with the Occupational Safety and Health Administration (OSHA), they said their hands were tied. OSHA has no “standard” protecting nurses, health or social workers from workplace violence, as they do for chemicals and other hazards.

I want to commend my representative in Congress, Rep. Joe Courtney. In 2016, he began a multi-year process to have OSHA formulate a standard and protect caregivers from assault and abuse. He has since introduced House Resolution (H.R.) 1309, “Workplace Violence Prevention for Health Care and Social Service Workers,” which would establish such a standard. Reps. John Larson, Jim Himes, Jahana Hayes and Rosa DeLauro have signed on as co-sponsors.

Both of Connecticut’s U.S. Senators, Richard Blumenthal and Chris Murphy, have co-sponsored the companion S. 851, making ours the first state whose entire congressional delegation backs this important protection.

The comment by Sen. Walsh may have been unusual, but the disrespectful treatment of nurses is common. The American Federation of Teachers (AFT) is the second largest union of registered nurses in the country and the largest in Connecticut. Collectively, we have the power to fight for the only thing we have ever asked for — the ability to safely and adequately care for our patients and their families.

National Nurse’s Week for 2019 began May 6. I ask you to thank a nurse during this time and acknowledge your legislators for co-sponsoring H.R. 1309 and S. 851, now in the United States House and Senate.

Finally, thank you to all the dedicated nurses everywhere. Your service is remarkable.

John Brady is a registered nurse and executive vice president of AFT Connecticut, representing nurses, technicians and healthcare workers in hospitals and community clinics, schools and home-based health settings. He resides in Sterling.