Athletics did not create the financial crisis at UHart 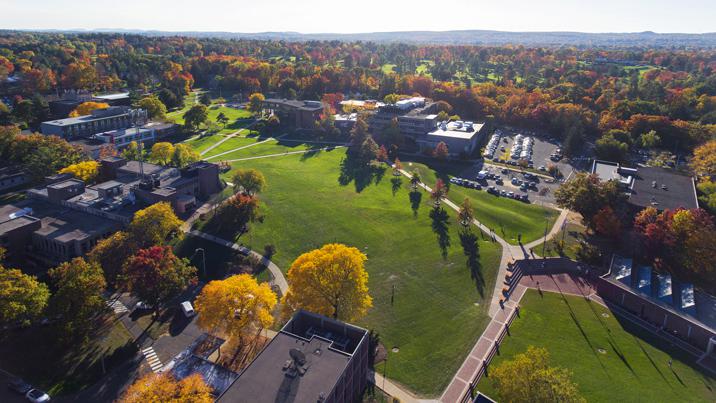 The University of Hartford and its President Gregory Woodward have been in the news a lot lately. First, for the excitement with the men’s basketball team making the NCAA men’s basketball tournament and second when under extreme criticism and pressure the university released the Carr Sports report strongly recommending UHart consider reclassifying its intercollegiate sports program from NCAA Division I to Division III.

Gregory Woodward became the University of Hartford’s sixth president on July 1, 2017. He assumed the mantel of leadership of a good regional university that as a tuition dependent institution is reliant upon enrollment to generate net revenue to funds its operations. College presidents have many responsibilities, but for a president at a tuition-dependent university the primary responsibility and often the number one criteria trustees use to evaluate the president is admissions and enrollment.

The following three charts from the University of Hartford Institutional Effectiveness Factbook reveal under Woodward’s leadership or lack of, that the UHart campus has a serious financial crisis.

On President Woodward’s watch the University of Hartford has experienced  a decline of more than 3,000 applications, meaning perspective students showing less interest in the University of Hartford. And the 12% of students that enroll is well below the national average. The effect associated with the drop in applications and enrolled students is a loss of gross revenue. For practical purposes comparing 2019 to 2020 enrollment that declined by 142 students the loss in gross revenue is approximate $5 plus million.

The data reveals a very similar decline for transfer admissions resulting in less tuition revenue to fund the University of Hartford operations.

Since, President Woodward assumed the presidency at the University of Hartford overall undergraduate enrollment has declined by 554 students.  Applying an averaged tuition rate to the student decline indicates that lost student enrollment resulted in less revenue around $19 million. I suspect the overall decrease in net revenue is much worst as the University discounts tuition upwards of 45% to attract the few students that do enroll.

President Woodward is right, the University of Hartford is in a financial crisis, but of his doing on his watch. His decision to use intercollegiate athletics as the poster child  ignores the budget crisis that rests with his senior leadership team. The Department of Athletics did not create the university fiscal crisis. Yes, in a budget crisis administrators must review all aspects of the university expenses from academics, tenure, admissions, financial aid, physical plant and athletics.  To single out intercollegiate athletics may gain applause from the academic community but does little to demonstrate that Woodward has the skills and ability to successfully manage a major fiscal crisis at the University of Hartford.

University presidents earn their stripes in the way they manage and communicate a crisis. By all accounts University of Hartford president Gregory Woodward has failed the faculty, staff, students, alumni, donors and parents of the student-athletes. Hartford deserves a stand-up guy, one who tells the truth, is credible and respectful. Not one who hides, ask faculty to carry his water or pays for a report to provide cover for his lack of leadership. Woodward is the wrong person to be leading this fine university.