Autocracy in Connecticut, the new normal 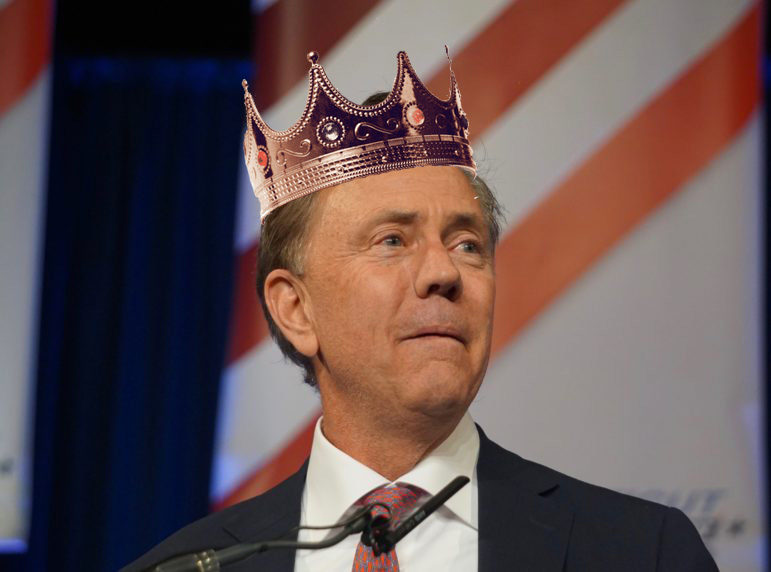 Coronavirus, we have been told countless times, has knocked “government as we know it” into a cocked hat. Purely as a practical matter, we in Connecticut have no fully operative legislature or judiciary.

This means that our usual three legged governmental stool – legislative, judicial and executive branches of government – is lacking two legs. Only the executive department, in the person of Gov. Ned Lamont, is operating on all cylinders and at, some would say, excessive speed.

A statute that gives the governor near plenipotentiary powers during emergencies, repurposed when coronavirus slammed into Connecticut via communist China and Mayor Bill de Blasio’s New York City, has been operative in Connecticut for six months. A dominant Democrat legislature has recently extended the governor’s extraordinary powers yet another five months.

This extension of powers, this sundering of the separation of powers, some believe, may be unconstitutional and, at the very least, raises an intensely practical question: At what point do the governor’s extraordinary powers become ordinary powers? If the emergency powers may be indefinitely extended by ten General Assembly members – and only a functioning General Assembly may erect borders around the extraordinary powers – have we not then abandoned republican government in exchange for the security of autocracy?

The ten representatives, a kind of a rump legislature, need not even vote on the extension of powers. If they bide their time for 72 hours from the moment Lamont has announced he wishes to clothe himself in the purple robes of autocracy, the measure may be approved without a vote. The rump legislature – it is unclear exactly who or what they are representing, other than the wishes of Lamont –need not formally attach their names to their perfidies.

The exchange of security for liberty, the founders well understood, was both a Faustian bargain and a breech of republican governance; for security imposed on the people by a small band of legislators seeking to escape the wrath of their constituents is the very definition of tyranny. Security of this kind stinks of the prison the founders hoped to escape by pledging their lives, their fortunes and their sacred honor to a newly established constitutional republic.

At a recent meeting of the rump legislature, Republicans attempted to block a five month extension of Lamont’s “extraordinary” powers. Their effort to shore up republican governance provoked a stern rebuff from union employed Speaker of the House Joe Arsimowicz. Which of the governor’s decisions, Arsimowicz asked “are we so upset about?”

The correct answer is – any decision that has not been affirmed by the full body over which Arsimowicz presides. Coronavirus-related directives from the governor that have not been sanctioned by a formal vote in the General Assembly, the people’s legislative court, should concern all legislators, as well as the constituents they are, on this occasion, pretending to represent.

If Arsimowicz wants so cavalierly to surrender his legislative prerogatives to the equivalent of King George, he should surrender his seat as well and find other employment, perhaps as an AFSCME Council 4 Educational Coordinator teaching classes on union organizing and bargaining.

The political and social critic Dwight McDonald used to ask his countrymen ever so often —how would anyone know if the country was sliding into a new Dark Age?

Similarly, Connecticut voters might wish to ponder —  how would they know if their government was entering, through a radical historical reversion, what we might call a very old, pre-constitutional, pre-republican, autocracy?

Even some cautious media adepts are beginning to notice a seismic shift in the political template.

Lamont presently has more political power at his disposal than did, say, King George of Britain before the founders of our republic declared independence from the British monarchy. And even the king, no stranger to British history, drew the right lessons from the Long Parliament of 1640, when legislators in Britain asserted their legislative prerogatives and beheaded their presumptuous monarch, who thought he was above both the law and the executioner’s axe.

Lamont has no effective loyal opposition in the General Assembly to contend with, and Connecticut’s Supreme Court, presumptive guardians of constitutions and limited government, move exceedingly slowly, if at all – many times in concert with the party of the governor who had elevated the separate members of the court to office. That would be the Democrats, who now have a lock on 1) the governor’s office, 2) the General Assembly, 3) all the state’s constitutional offices, and 4) the entire U.S. Congressional Delegation.

The solution to what McDonald might call a slide into a pre-American Revolution slough of despond is simplicity itself: No decision made by the governor under his emergency powers should be binding without a formal vote in the legislature, 2) the emergency powers of the governor should not last longer than a month in the absence of a formal vote in the legislature extending the powers month by month, and 3) in present circumstances, virtual voting by the members of the General Assembly should be allowed from under the beds where they are hiding to escape the ravages of a waning pandemic.