Change the Electoral College for good 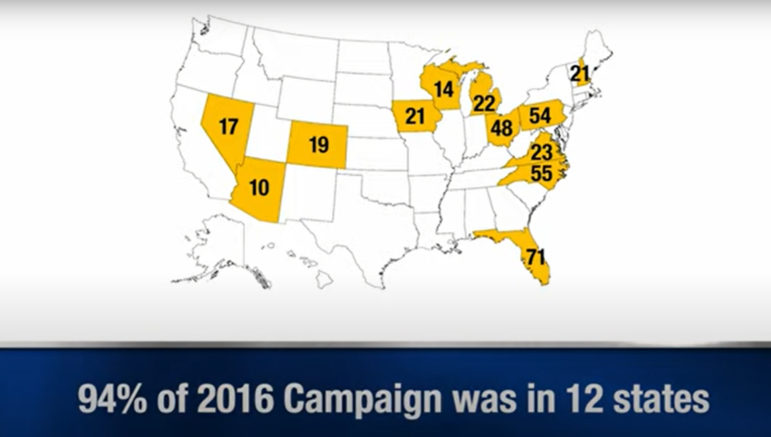 According to the National Popular Vote organization, in 2016, virtually all general election campaign events were in 12 closely divided states where Trump support was between 43 and 51 percent.

The Electoral College is a vestige of the past, still strongly supported by rural, southern agricultural states as a means of having over-weighted influence on presidential elections.

Five Presidents have come into office without being supported by a majority of the national popular vote. A state’s popular vote winner typically must get all of the state’s Electoral College votes.  Both Donald Trump and George W. Bush won that way.

Even this past election, with Joe Biden winning the popular vote by more than 7 million nationally, a relatively small number of voters switching to Trump in just a few key states could easily have given Trump the Electoral College win.

I find it offensive that a figurative handful of voters could sway the result. I strongly believe in the concept of one person, one vote. The majority of the votes should determine the winner.

Until very recently I was unaware that Connecticut belongs to the National Popular Vote Interstate Compact, an agreement between states that have enacted legislation calling for Electoral College votes to be allocated by popular vote – not winner takes all.

No Constitutional Amendment would be required for this to be the norm.

Under the current state-by-state winner-take-all system, the individual voter influences only the choice of the limited number of presidential electors from their own state. Under National Popular Vote, every voter in all 50 states and DC will have a direct vote in choosing 270 (or more) presidential electors.

The National Popular Vote compact would make every person’s vote equal throughout the U.S. It would ensure that every vote, in every state, will matter in every presidential election.

The National Popular Vote compact is a state-based approach that retains the power of the states to control how the President is elected, retains state control of elections, and retains the Electoral College.

In Connecticut, the law was enacted in 2018 without any fanfare.

We just need states representing 74 more electoral votes to join the compact for there to be a “new” Electoral College with everyone’s vote having equal weight in determining the winner of a Presidential election.

The Interstate Compact is a lot easier to achieve than a federal Constitutional Amendment. I wonder why our Congressional delegation never mentions its existence.

There appears to be some light at the end of the tunnel.  I would like to see a report from our legislative leaders as to what progress is being made to obtain additional states to enter into the Interstate Compact.