How to get away with and profit from mass murder

Big Pharma and the opioid epidemic 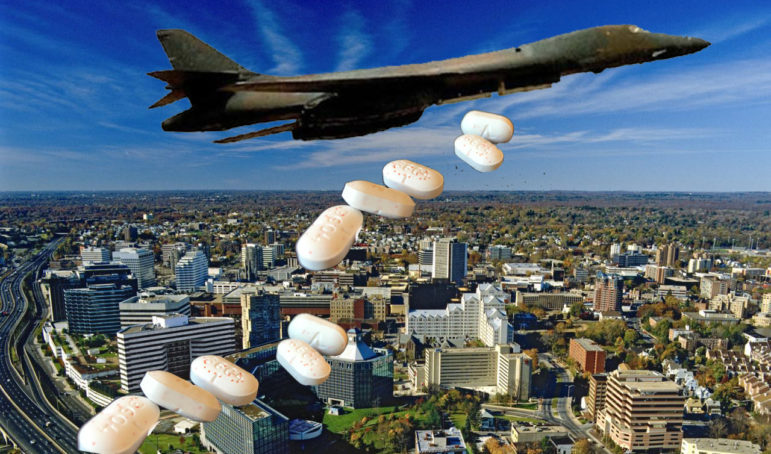 While the 2019 overdose numbers are not yet finalized (around 69,000 per the Centers for Disease Control), it appears that cumulative overdose deaths since 2010 have surpassed the half-million mark, and if we go back to 1999, when the opioid epidemic first accelerated, it’s over 900,000 preventable deaths. For perspective, that’s slightly less than the state population of Delaware. And as a recent lunch companion, who lost her fiancé to an overdose and years of her life to addiction commented, “It’s the perfect crime.”

Her words gave me pause. They came on top of news about Purdue settlements related to their blockbuster opioid, Oxycontin. The dollar amounts appeared small, and while the intent is for that money to help states, communities, and families devastated by loss and addiction, it seems that much of it will flow back to where the problem began — the pharmaceutical industry.

I’m an author of medical thrillers, and this is the stuff of bestsellers. Create an epidemic and then charge in on a white stallion with the cure… or better still, treatments of indefinite length and staggering cost.

But this is where we are. The mainstay of treatment for opioid use disorders is medication. Roughly 80 percent of people with a substance-use disorder will have a relapse over the course of 12 months. And people with opioid-use disorders are susceptible to fatality from a single relapse. If they’ve been abstinent for a time, they’ve lost their tolerance to the drug, and what’s available on the street — potent synthetic fentanyl and related analogs— will kill for under ten dollars.

The stakes could not be higher. And the medications — opioid replacements of buprenorphine (Suboxone and other brands), methadone, and to a lesser degree, the opioid blocker naltrexone (Vivitrol and Revia) —decrease rates of relapse and increase treatment retention. They save lives. Getting the overdose-reversal medication naloxone/Narcan into the hands of emergency personnel, families, and people who use illicit drugs or are prescribed opioids has revived tens of thousands.

The treatments are effective, but something rankles. The medications are not cheap, not by a long shot. A month’s worth of buprenorphine, depending on the dose, runs between $300-$900 ($3,600-$10,800 / year). A single monthly injection of Naltrexone XR is over a grand ($12,000+/year). And someone pays for it, even with free distributions of naloxone/Narcan—often through grants funded by our tax dollars or from drug company settlements. If you pay for it through your insurance benefit, Medicaid will cover the cost 100 percent, but if you put it through your commercial plan or Medicare, expect to pay more— as I did the first time I participated in a community overdose training. It was the start of a new year and hadn’t hit my pharmacy deductible. It ran me $150. To add a bit more insult, these prices are for Americans only. Go anywhere else in the world and you will save at least 50 percent, likely more.

It’s difficult to not view this return on investment with a jaundiced eye. The pharmaceutical industry, drug cartels, and some governments, have a long, profitable, and well-established connection with the opium/opioid trade —from Bayer’s introduction of heroin in 1895 (subsequently pulled from the shelves following the Harrison Narcotic Act of 1914) to Purdue Pharma’s aggressive marketing of Oxycontin to physicians while concealing the risks of dependence. And now this same industry has answers for us… that come at a cost. Too kind. 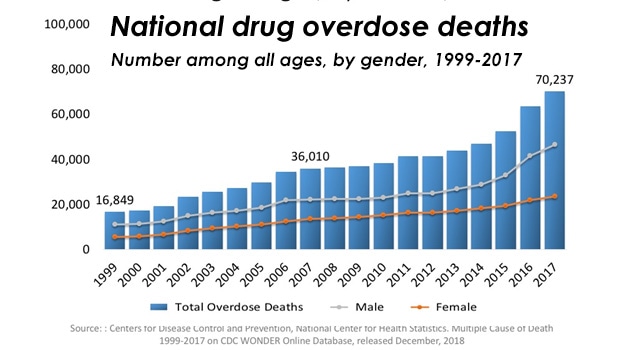 But whenever the United States looks at pharma, easy answers and quick fixes slip away. Our relationship with pharma is complex and finger pointing is useless. We are all complicit —from physicians who ignored their most basic training about opioids —important medications but highly addictive — to everyone who invests in retirement accounts and index funds that take advantage of pharma’s rich and reliable double-digit profits. And while we are indignant and outraged over the deaths, we support legislators who protect pharma’s profits and price-gouging behavior with sweetheart legislative deals that prohibit governmental price negotiations, including Medicare D. From insulin and life-sustaining cancer treatments, to medications for opioid use disorders, millions of Americans break the law each year to get their medications from Canada and other countries or they go without.

So back to the perfect crime, mass murder, and the realization that it does pay… big. This piece of the opioid epidemic, fueled by a rich bottom line for both the cause and now the treatment, can only be staunched by systemic changes that redefine our relationship with pharma.

We who foot this bill need to embolden and support legislators to do their jobs and craft meaningful legislation to rein in unbridled medication costs. Most developed countries do this successfully.  At present there are bills before both houses of Congress that look at drug prices for Medicare only — The Lower Drug Costs Now Act (H.R.3) and the Senate’s Prescription Drug Pricing Reduction Act of 2019 (S. 2543). They include interventions such as tying drug prices to those elsewhere in the world and capping out-of-pocket expenses. There are substantial differences between the two, as only the House bill specifically addresses Medicare D (the drug benefit). Regardless, if either were to pass and be signed into law, it could be a first small step to put the brakes on an industry that has caused so much suffering and so much death.

If this matters to you, and it should. Get involved. Email or write your elected representatives and senators. They work for you, tell them to do something about this and pass legislation that will let us negotiate the price of drugs, and stem the unbridled profit that has killed, and continues to kill, so many.

Charles Atkins, MD is a psychiatrist and author with a recent book on opioid use disorders. He sits on the Connecticut Commissioners’ Alcohol and Drug Policy Council and is a member of the Yale volunteer faculty. His website is www.charlesatkins.com.