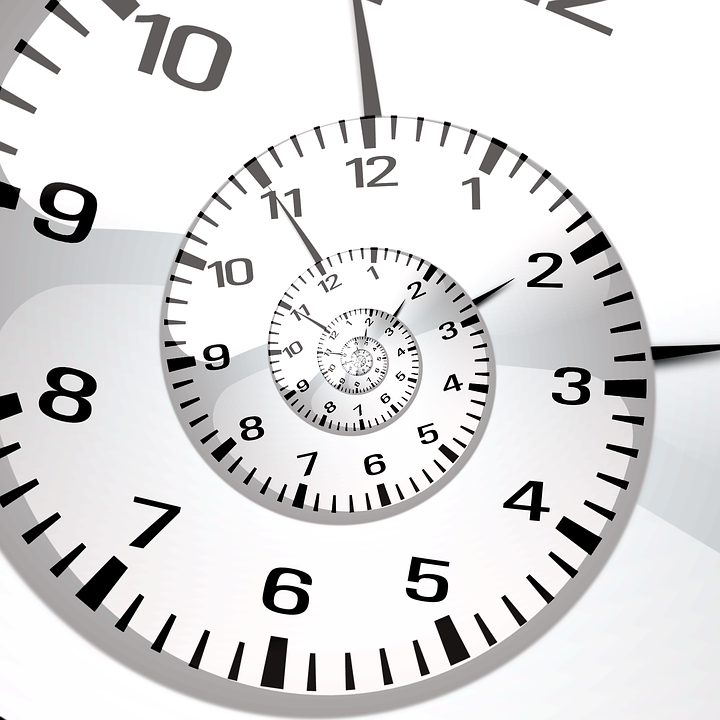 There seems to be something like consensus within the international scientific community that time began almost 14,000 billion years ago when they believe the Big Bang occurred.  That is an almost completely incomprehensible number for a human being to digest. Think about it! Our standard measurement for ONE year is how long it takes for the earth to complete one orbit around its sun.

Now, gravity has kept me attached to earth’s surface for only 90 of those orbits, but more than several people have already concluded that I have been around a very long time.  Time is a unidirectional forward progression of events. It can’t move backwards, no matter the large number of its fictional treatments in books and motion pictures. We cannot return to any remembered situation and find it in exactly the same state in which it existed earlier.  Since we all live within time’s embrace from birth forward, and given its everlasting tenure as a huge part of our life experience, we have a strong tendency, especially when young, to take it for granted, and consider it inexhaustible. As we mature, though, time’s irreplaceable nature becomes much clearer. We come to better understand that time in application as a regulator has a finite character.

Like anyone else I’ve ever known, my earliest remembered encounters with time were something like guidelines I was expected to observe.  Meals were provided at liberally differing settings on the kitchen clock. My father was expected to return from work within some range of designated mealtimes. Getting to bed was a process of being tucked in by some thoughtfully considered clock deadlines. These sorts of clock-influenced events were anything but abstract, but the nature of time itself, and its relentless passage, were.  When I entered school I was expected to walk the mile from home and get there by 8:30 a.m., return home for lunch at 11:45, be back in school by 1:15, and be dismissed by 4:00. These discrete by- the-clock disciplines regulated school operations and much of child-populated family life. None of these guidelines had anything to do with time being understood as a resource. Indeed, it was  tacitly regarded mostly  as an inexhaustible convenience that allowed everyone to live an orderly life.

My first musings about time as anything beyond its regulating usages occurred while I was still in elementary school. That was in the mid-1930’s when something alerted my attention to the fact that there was a millennium coming. I was growing up in an area with a lot of open spaces, and for long-since forgotten reasons, I would often stretch out in the tall wild grasses that covered our neighborhood to the South, and speculate on whether or not I would live through the 60-plus additional years it would take to observe the arrival of the 2000’s. I began to imagine all of the things I would have to do in order to survive that long. I was comforted generally by taking for granted that time itself would always be available for me to do them, but it was also the first hint I ever had that perhaps it wouldn’t. I didn’t really get it at the time, but I think that I then acquired a very fuzzy early awareness that time has a finite character, and that once expended, is irretrievable. It’s gone forever.

As adults, though, we use all sorts of expressions that usually reveal our unthinking perception of time as something of an abstraction. We exclaim, for instance, such things as “it’s about time,” or “what a waste of time,” or, ”I’m running out of time,” or “I haven’t had time,” or, more positively, “we had a good time,” etc.  Such expressions do suggest a general awareness that something valuable has slipped away, or occurred, and might be forever beyond us, but apart from the hands-on aspects of them, the concept of time as a expensed resource is almost always vague.

The metering usage of time continues in almost universal applications. Virtually all organizations use schedules to support everyday things like budget formation, product or service delivery requirements, the period scope of business plans, etc. We all recognize that these schedules are almost always expressed in terms of the elapsed time it is expected to take to meet either internal or external commitments. When taken seriously, they reflect the interdependencies between whatever internal processes are used to conduct operations, and are a big part of creating organizational and marketplace expectations. Many organizations have adopted one or more versions of so-called “standard” times to measure individual or group performance, especially in direct labor applications where they are a major factor in compensation processes. The use of such measures implies that variances from them are worthy of notice and are indicators that adjustments of some sorts may be called for. Most organizations have discovered, however, that effective maintenance of standard time-based systems is challenging enough to result in a very high percentage of them becoming misleading or their variances being too easily excused or ignored.

When time is treated as a resource like money, technology, and talent, however, it becomes an instrument for enhancing competitive advantages for organizations of all kinds, and for the people who comprise them. When equivalent values are delivered by an organization or people in less time than others in the same marketplaces, enormous benefits are realized; capacity and flexibilities are created, cost/price ratios are improved, and reputations are enhanced. But, what do we mean when we talk about value?

Some years ago I attended a management seminar on resource allocation. One of the speakers withdrew an ordinary 5-inch face wind up alarm clock from a bag. He held it up and asked “what is this worth?” He received a number of answers , mostly between $5 and $8. He then put the clock back in the bag and smashed it on the floor. He then withdrew the mangled remains and asked, “what’s it worth now?” The answers now ranged between scrap metal prices and zero. He then asked, “what’s the difference?”

The answers all amounted to “it doesn’t work anymore.” Now he asked, “what do you mean by ‘work?’” The answers now all amounted to the fact that it didn’t tell time anymore. He then asked, “why is telling time valuable?” At that point the answers were all over the lot, ranging from getting to work on time to keeping track of it. The speaker then asked of each responder, “why is that valuable?” Now the answers were wordy and failed to make clear points. The speaker then wrapped up that part of his program by pointing out that time is a resource like budgeted money, within which people and organizations try to function.

In other words we expend that resource in efforts to do what we hope are useful things. The continuing issue there is whether  “useful” things have, or deliver, real value. For organizations and people that issue has to be addressed in terms of their fundamental orientations. Getting to a productive definition of value will involve deciding what level of regard an individual or an organization aspires to reach within their respective communities. Value then becomes defined by whatever has to be delivered in order to reach that level of esteem. The adopted level of desired regard is then most effectively used to form a specific vision for guiding priorities and related resource allocations. Whatever is done to move a person or an organization toward a chosen vision is valuable. Other activities may be undertaken for a whole host of very defensible or convenience-directed reasons, but usually they are not particularly related to core objectives, and should be recognized as the diversions they are.

Life in a free society is a privilege, and citizens of the United States are especially privileged to live in a representative democracy that offers freedoms not available to untold millions of others elsewhere on earth. Benjamin Franklin advised us long ago that if we loved life we must not squander its essence, which is time. Francis Bacon observed in the late 16th century that an urgent and inseparable propriety of time is to disclose truth.

Those sorts of insights can remind us that wasting time is to largely take our freedoms for granted and to most often invoke them only when convenient. Serious citizenship requires more of us, most especially in this current era of rampant political lies and ideological misinformation. We need to bring to account the authors and proponents of these threats to our cherished ways of life, and the time to redirect our country back toward its fundamental integrity, and avoid irreversible compromises, is now in short supply.

Charles M. Ericson lives in Farmington. This piece was written in collaboration with his granddaughter Sedona Ericson of Spokane, WA.