Concerned about the consequences of the new police accountability law 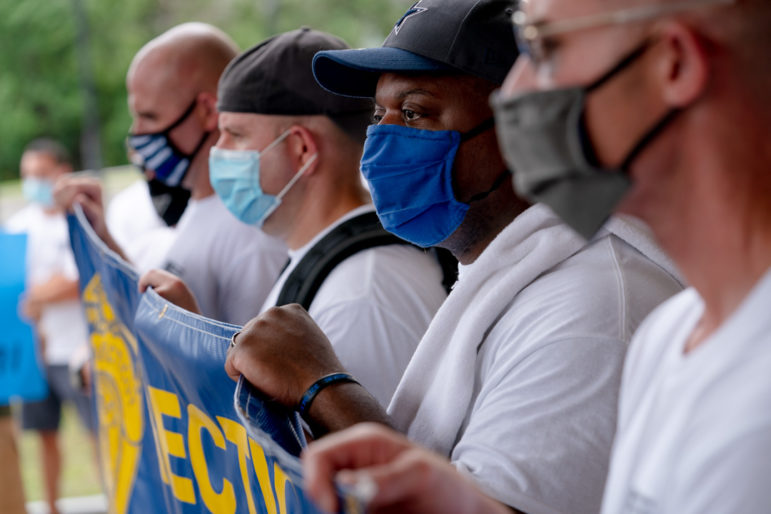 I am with every police chief in this district in being very concerned about the consequences of this bill.

When I was a young girl, I remember the nights when my father arrived home from work as a police officer for the NYPD. On occasion, I would overhear some of the details about what he encountered on the job, but I know now there was so much more he never mentioned.

I grew up with strong feelings of respect and admiration for what my father did, and so did my brother who eventually became a law enforcement officer like my dad. This is one of many reasons why I find the negative attitude toward police today to be so disturbing. Not toward officers who clearly act wrongly, but for the great many who wake up every day to protect and serve their communities. We need to support our police and push for better, not denigrate and put them in harm’s way.

I have spoken to nearly every police chief in my district, none of whom were consulted about this bill by their senator. Of the 16 towns in the state that have already met the standards required in the bill, two are in the 26th District. Haskell never asked for advice or feedback from a single police chief. Had he bothered to, they would have told him what they told me: this bill will hurt our police officers, their departments, and our towns.

The bill prohibits consent searches, which have been essential in removing illicit drugs and firearms from our streets. It opens the door to nuisance litigation where settlements will be extracted from towns, creating major financial liabilities. It mandates impossible training requirements that are exceedingly expensive and ineffective, all without necessary funding. And the list goes on.

Most importantly, every department with which I have spoken believes this bill will lead to significantly greater risk for officers because it legislates hesitation into police encounters with criminals. It will damage recruitment and retention. This is unacceptable and it betrays the people who keep us safe.

Worst of all, this bill does not actually address what the country is crying out for: removing bad police officers from the job and properly training good officers. We will now enact an expensive and extravagant bill that will not solve the very problem that lead to its creation.

This reckless bill crafted entirely by Democrats and co-Sponsored by Sen. Haskell was rushed through with virtually no discussion, no public comment, and no expert testimony. This is blatantly irresponsible leadership.

I am running because I know I can, and I will do better for the 26th District and for Connecticut.  I am driven by representing the interests of our communities and I will lead responsibly.

Kim Healy of Wilton is a candidate for the 26th State Senate District.