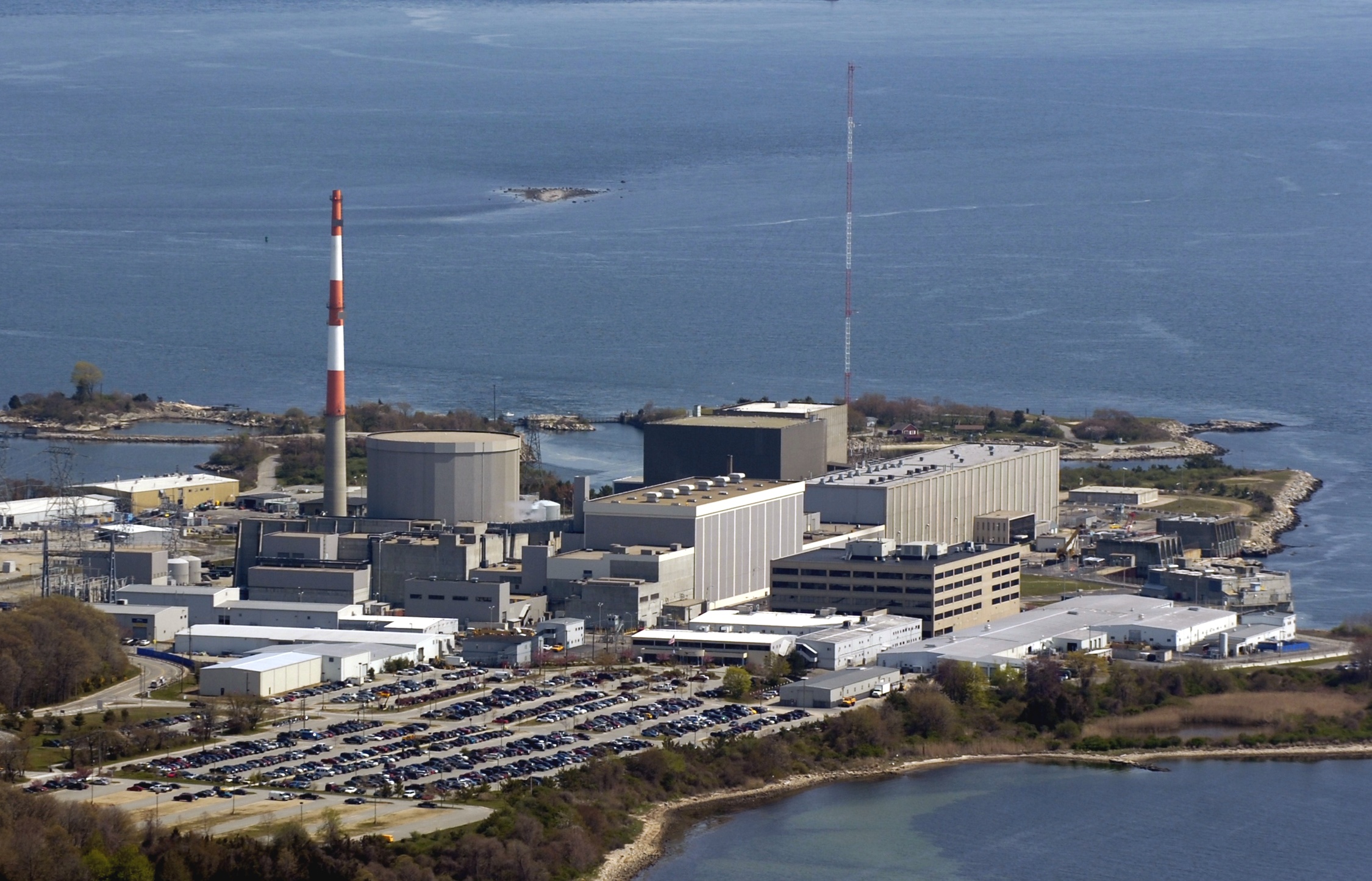 State energy officials concluded in a preliminary report released Thursday that the Millstone nuclear power station in Waterford will be profitable through 2035, undercutting its owner’s assertion that Connecticut must change how its electricity is sold or face the early retirement of New England’s largest source of carbon-free power.

But the Department of Energy and Environmental Protection and the Public Utilities Regulatory Authority conceded in a dense, 32-page assessment of the state’s deregulated energy market that the nuclear industry generally is under stress because of its high fixed costs and a market in which prices are set by relatively cheap natural gas.

It made no predictions about the plant’s future, other than concluding its owner, Dominion Energy, was unlikely to close it before 2022, the end of its current contractural obligations to produce power. The soonest it could begin the complex retirement process is March 2018, a month after DEEP and PURA are to issue their final report.

Rob Klee, the commissioner of DEEP, said it had reached no conclusion about whether the profitability meets Dominion’s requirements for a sufficient return on investment. As an unregulated “merchant plant,” Millstone faces more risk and volatility than generation plants owned by regulated utilities, which get a predictable return based on cost of service.

“Owners of merchant generation bear all of the risks and rewards of operating in a competitive market, and they and their shareholders — not state regulators — make the determination of what is a sufficient return on their capital investment,” the agencies said in the report. “Merchant generators’ financial goals may exceed the regulated rate of return earned by cost-of-service generators, given merchant generators’ exposure to the risks of low energy prices, unplanned outages, and other costs that a regulated generator can recover from electric ratepayers. Ultimately, these financial goals are unknown to state regulators in a deregulated market.”

Katie Dykes, the chair of PURA, said the two agencies have reached no conclusions about Millstone’s economic viability.

“This report is laying out the dots,” she said. “It’s not necesarily connecting the dots.”

Kevin Hennessy, who oversees governmental affairs for Dominion in the region, said the company probably would have no detailed response until Friday to the report and other material released Thursday. But he disputed the conclusion Millstone was assured of long-term profitability.

“We are profitable now. It’s at a margin that is very low compared to what people think and what assumptions are out there,” Hennessy said.

The agencies will make no recommendation on whether DEEP and PURA should open a new competitive solicitation process that would benefit Millstone by allowing it to compete with more expensive sources of clean energy until the conclusion of a public-comment period Jan. 8.

Under a law passed earlier this year, DEEP and PURA could allow Millstone to sell up to three-quarters of its output in competition with other zero-carbon sources of electricity, a more favorable market because solar, wind and hydro power generally command higher prices.

The assessment was hampered by Dominion’s refusal to share detailed financials, the agencies said.

They also offered a caution: “As with any assessment based on market projections, determining viability cannot be conclusively determined. Even the most careful analysis is fraught with uncertainty, since revenues and/or costs in the future will not precisely follow modeled projections.”

The report is a primer on the nature of Connecticut’s bifurcated electric system.

The state’s two major utilities, Eversource and United Illuminating, no longer generate power; they buy electricity in a fast-changing commodity market and then deliver it over a transmission system that is still regulated, its rates set based on PURA’s finding of what the cost of service and reasonable rate of return are.

Electricity is bought and sold in three markets that offer a mix of short- and long-term prices: a “Day-Ahead Energy Market,” a so-called balancing market in which prices can change in minutes, and longer-term transactions between buyers and sellers.

“Electricity production must continuously and instantaneously match demand on the system, and real-time energy prices adjust as often as every five minutes as the levels of supply and demand change on the system,” the report says.

Natural-gas fired plants generate about half the region’s electricity and tend to set the market price. As the cost of natural gas has fallen, it has depressed the price that Millstone and other nuclear plants can command for their electricity.

Yankee closed in 2014. Pilgrim, which is in Plymouth, Mass., is slated to close in 2019. New England’s other nuclear stations, Millstone and Seabrook in New Hampshire, are larger and more cost effective.

The report suggests that if Millstone closed, the region could find sufficient sources of electricity, but at a cost to the environment and local economy.

Millstone employs about 1,100 workers, and their average salary is $167,000. The plant generates about $1.3 billion in economic activity in Connecticut and a similar amount in the rest of the region.

Graffiti is not art. Cover it up.

Regionalization can improve life for all of Connecticut

How does this board monitor state procurement with only one employee?