Connecticut has to stop phoning in evictions 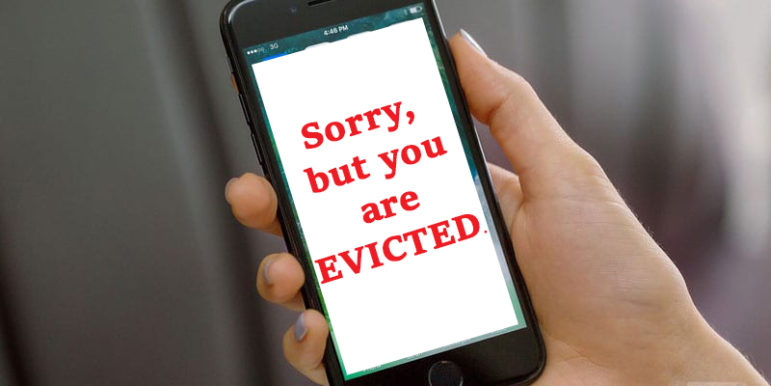 In early October, a woman sent a desperate fax to the housing court handling her case. “I’ve been trying to reach someone since 9/29/20 calling daily. I had a remote hearing scheduled for 10/1/20 I signed up for teams [the Judicial Branch’s remote courtroom software] and was unable to figure out how to find my case. I tried emailing the 2 names at the bottom of my notice for instructions, but the email came back not delivered.”

She was too late. At her hearing four days before, the judge had already entered judgment against her.

She is not alone. Housing advocates have a host of horror stories showing how the Judicial Branch’s pivot to “remote justice” has turned the already uneven playing field of housing court into a disaster. The communities most likely to face eviction —people of color and low-income individuals— are also those least likely to have internet access or a webcam-enabled device to take part in their eviction cases.

A recent Pew survey found that 40 percent of lower-income parents lack a reliable internet connection at home; 36 percent did not have a computer. And according to DataHaven, a Connecticut data analysis nonprofit, Black Connecticut residents are 53 percent more likely, and Hispanics 24 percent more likely, to lack a computer or internet access at home than their white counterparts.

Even people who have the technological hardware to participate in their video hearings often have trouble logging on. And although the Judicial Branch has recently set up a centralized phone system (rather than litigants having to call each courthouse), colleagues of ours have been left on hold or received a call back after an hour or more —a wait much longer than the typical housing court hearing.

Unrepresented litigants are even worse off. In the fax described above, the defendant continued, “I’ve… been calling the court numbers… neither of these lines gives you the option to leave a message, all the 860 number is keep you on hold then comes back and say[s] try your call again later.” In our brave new world, you can do everything you’re supposed to and still lose your home by default while waiting to talk to tech support.

The only option for people who can’t take part in their eviction hearings by video is to phone it in. But in a hearing over the telephone, you can’t tell who’s talking. (Is it the judge? The landlord or their lawyer?) You literally can’t see the evidence, like rent ledgers or photographs. And if you need to testify in your own defense, the judge can’t see you to decide if you’re a credible witness. So it’s not surprising that people who participate in hearings telephonically are about half as likely to prevail compared to people who take part in person.

People need a fair chance to defend against eviction now more than ever, because during COVID eviction judgments are akin to court-ordered Russian Roulette: we don’t know who it will kill, but we know it will kill a lot of people. Eviction is one of the largest known vectors of COVID, both for the people evicted and in the second-order spread. A recent study estimates that if a nationwide eviction moratorium had been in place from March through November 2020, COVID deaths would have been over 40 percent lower. Other studies documenting the link between eviction and COVID deaths are similarly grim. When lives are at stake, a mandatory telephone hearing just isn’t good enough.

As a panacea to these issues, the Judicial Branch has promised the installation of “kiosks” at courthouses around the state. There’s nothing wrong in principle with kiosks, except that the purpose of remote hearings is to prevent people from coming to courthouses and spreading COVID. If the whole point of remote hearings is not to make people show up to court, then we shouldn’t be making people show up to court to participate in their remote hearings. Kiosks can’t prevent courthouse outbreaks. More immediately, the notion that kiosks will solve the due process issues created by the digital divide presupposes that those problems exist right now and aren’t being addressed. Maybe we’ll get kiosks before the end of the pandemic. Maybe not. But in the meantime, the eviction machine churns on.

So what to do? The federal Department of Housing and Urban Development (HUD) issued guidance in November that should serve as a model. In administrative hearings for public housing residents or voucher holders, the housing agency is required to ensure before a remote hearing that the tenant has the technology to fully participate over video. Telephone hearings are allowed, but only if the tenant consents. If the tenant lacks the technology to participate over video and wants to exercise their right not to take part over the phone, the hearing is postponed until an in-person option is available.

The Judicial Branch, like a housing agency, should be reaching out to tenants ahead of hearings to ensure they have the technology to participate over video. And if a tenant does not have the technology, they may (but cannot be required to) participate over the phone. When a tenant does not wish to take part over the phone, the hearing should be postponed until in-person options are safe again or until the Branch can provide tenants with video and audio capacity to fully participate in their cases, just as our schools are providing students with the technology to participate in classes. Finally, no tenant should lose their home by default for failing to appear because of technological incapacity, so courts should stop entering default judgments when tenants don’t show up to online hearings.

But the Judicial Branch is unlikely to change. They don’t see the status quo as a failure because they see the success stories —particularly for the landlord’s attorneys who no longer have to spend hours in court waiting for their cases to be called. We see the people who fall through the cracks. So if the Judicial Branch does not alter its current practice, the legislature or the governor has to intervene. No one should be deprived of their housing without a full opportunity to tell their side of the story.