Connecticut must establish a right to housing 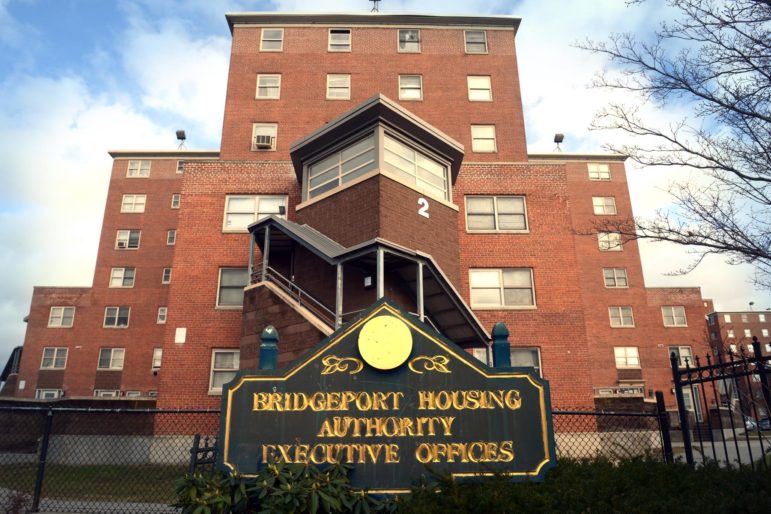 One of the local Housing Authority offices, which are involved in providing housing.

As a college student in New Haven, where one in four people live below the poverty line, I’m privy to Connecticut’s failure to enact fully effective housing policy every day. Never was this clearer than when I planned a picnic on the Green upon arriving in New Haven. Though Connecticut is often cited as a shining example of addressing homelessness, my first trip to the New Haven Green shattered that naive confidence.

Senate Bill 194, “An Act Establishing a Right to Housing,” is a necessary step towards making homelessness an idea of the past. It commits the state to a standard of welfare that all residents of Connecticut deserve and charters course towards a clear goal: ending housing insecurity. The bill was adopted by the State Senate but was not approved by the State House before the session ended. This is a clear failure by the Connecticut state legislature and the bill must be adopted during the next session.

There are 2,904 people experiencing homelessness in Connecticut. A years-long affordable housing shortage, which has been exacerbated by the pandemic, underpins these tragic statistics. Connecticut has the ninth-highest hourly wage a full-time employee must earn to rent a modest home (also known as a housing wage) in the nation, meaning that many people with jobs are unable to afford adequate housing.

Through effective policy, Connecticut has reduced its homeless population by 35% since 2007. The policies are still generally effective, causing a 4% decrease in the number of homeless people over the last two years. SB 194 is a standout among these efforts in its attempt to frame homelessness, not as an unfortunate fact of modern life, but rather a crisis that demands our attention. Effectively, this bill presents guaranteed housing as a right in Connecticut, similar to the way the rights to life, liberty, and the pursuit of happiness were established in this country. What is often left out of this affirmation is the implication that those rights can only be guaranteed by ensuring the factors that underlie life, liberty, and happiness. A stable home is one such factors, as SB 194 recognizes.

The bill creates a 17-member committee to monitor the potential impact of new housing legislation on vulnerable populations, including those with mental and physical problems, the formerly incarcerated, historically marginalized communities, survivors of sexual violence, immigrants, and veterans. Additionally, the bill creates and funds the role of an advocate to address complaints from recipients of DOH services, help residents understand their right to housing, monitor the implementation of subsequent housing laws, and make appropriate recommendations to the committee. Other than those personnel costs, SB 194 barely adds to the annual costs of anti-homelessness efforts in Connecticut. By contrast, each additional homeless individual costs Connecticut taxpayers $33,000 per year in shelter, jail, and healthcare expenses.

Housing instability often affects employment, education prospects, and crime and substance abuse rates. Homeless people have higher rates of tuberculosis, hypertension, asthma, diabetes, HIV/AIDS, and mental illness. These consequences are even more significant for children; trauma attributed to childhood homelessness may have long-term effects on speech, behavior, development, and health. Speaking on the importance of this bill, Dr. Danya Keene, Yale University Professor of Public Health, testified, “Stable, quality, and affordable housing is critical to all aspects of well-being. It is an essential foundation from which to learn, work, care for one’s own health and the health of others.” This is especially true in Connecticut, where a New Haven winter can claim the lives of many homeless individuals, especially after the pandemic closed many warming centers. To avoid high-density shelters, the pandemic forced authorities to move homeless individuals to hotels and speed up rehousing efforts, yet the problem persists.

I’m lucky not to have experienced homelessness at this point in my life. The few instances of anxiety over housing insecurity that I’ve had did not last long, though they succeeded in planting a lingering fear inside me. Most people will never know the feeling of being out on the streets with no place to go. Those of us with this privilege should advocate for this bill to be revived during the next legislative session to ensure that nobody has to experience that feeling again.

Isabella Marin Quintero is a student at Yale University.