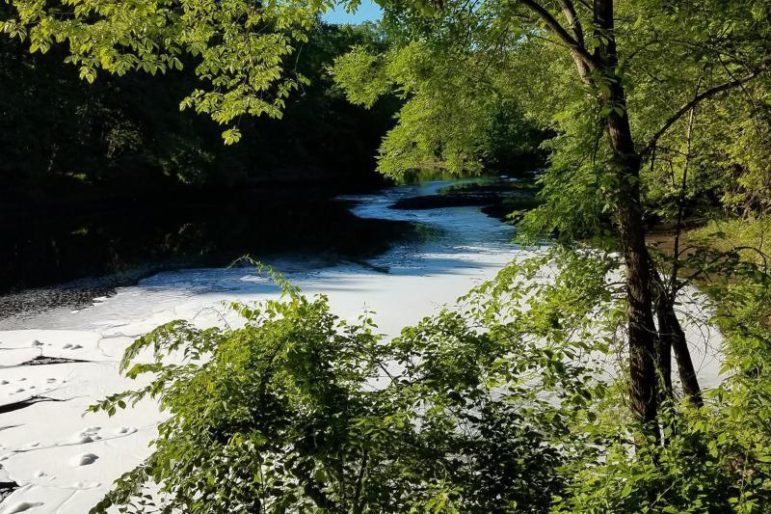 PFAS is an acronym for perfluoroalkyl and polyfluoroalkyl substances.  These are a group of at least 4,700 synthetic chemicals which have been in commercial production since the 1940s.  They make surfaces resistant to stains, water and grease.

In Connecticut last year, in an incident at Bradley Airport, firefighting foam was released and contaminated the Farmington River.

Why is it important for drinking water to be protected from PFAS?

FAS don’t break down easily – they persist in the environment and in human bodies for decades.  Because this class of chemicals is used for so many purposes, and because they persist so long, the Centers for Disease Control (CDC) reports that more than 95 percent of the U.S. population have PFAS in their bodies.  This is why PFAS are often called “forever” chemicals

According to the Agency for Toxic Substances and Disease Registry (ATSDR), studies have indicated that PFAS pose serious risk to human health.  This federal agency reports that PFAS can harm fetal and child developments, interfere with adult hormones and fertility, and cause high cholesterol, as well as other health risks.

Two widely-used PFAS, known as PFOA and PFOS, have been linked to kidney cancer and testicular cancer.  Scientists have discovered unusual clusters of other rare cancers in communities near military bases, where drinking water has been contaminated by firefighting foam.

Once drinking water has been contaminated with PFAS the clean-up costs are very expensive.

The Air Force recently testified that it has spent almost $500 million to clean up “forever chemicals” (PFAs) that have polluted bases across the country. The Navy reported last week that it has set aside $60 million for PFAS cleanup in 2020 and 2021.  Meanwhile, The Pentagon is preparing to report to Congress this month on work by its PFAS task force, formed by Defense Secretary Mark Esper, about how they plan to manage potential pollution at 401 facilities.  Previously estimated costs for this clean up are $2 billion.

We cannot know whether PFAS are contaminating our drinking water unless the water is tested.  There is legislation now before the Connecticut Public Health Committee, HB 5288, requiring Connecticut’s drinking water supply companies test for PFAS. It is of the utmost importance that this bill becomes law, if we are to protect Connecticut’s citizens.

Nancy Alderman is President of Environment and Human Health, Inc.