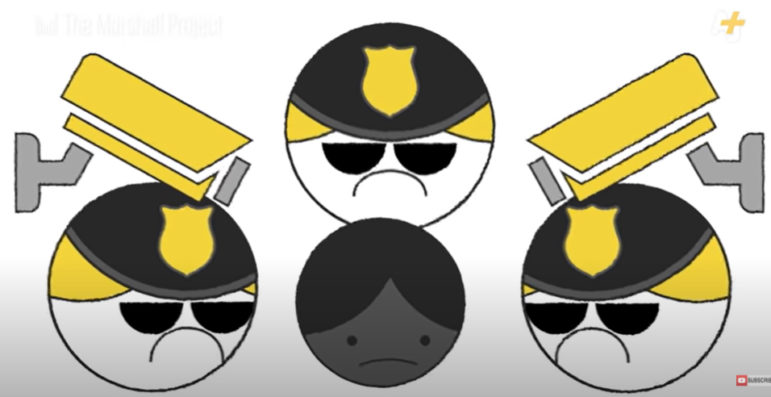 We live in a world where harsh disciplinary practices for our children are prioritized more than their education and well-being. Unfortunately, this rings true for tens of thousands of children in Connecticut and millions across America.

Rather than using funds to increase the presence of school counselors, family supports, replacing outdated textbooks, or strengthening other student educational resources; we see funds used for the salaries of school Resource officers (SROs), armed police officers positioned on campus, security guards as well as for prison-like security apparatuses.

SROs were mainly instituted to increase students’ safety from significant internal or external threats. However, through the years, that original intention has transformed. SROs currently resemble more of a plague, wresting away the futures of thousands of students, predominantly Black and brown students, instead of securing them — and, in turn, contributing to the alarming expansion of the school-to-prison pipeline. During the eight years (2012-2019) before COVID, school-based arrests reported by the Court Support Services Division increased by 17% for all students (1,669 to 1,956), while Black and Hispanic students were 3.1 and 1.6 times more likely to be arrested than their white peers respectively.

In response to these realities, multiple grassroots organizations across Connecticut have banded together to dismantle this oppressive pipeline by forming a coalition.  Our coalition members have fought for racial justice, immigrant justice, and social justice in their own jurisdictions, and now together, we hope to fight for an education system that prioritizes the needs of all students through an anti-racist lens.

The Community First Coalition’s mission is to change the way systems of public safety — including those implemented in our schools — can provide safety without the use of police or policing strategies or tactics. As such, our inaugural campaign, Care Not Cops, will be advocating for all of us to reimagine what school safety looks like and to organize legislators, educators, parents, and students to end the criminalization of Black and brown students.

First and foremost, we acknowledge and operate with a deep understanding that students, parents, and educators have expressed the importance of having a safe learning environment, and our advocacy will never ignore that. We also acknowledge that to have safe learning environments, school staff, and teachers need to be given more and different tools than they have now to not rely on police or policing in schools.  Our advocacy will focus on that.

Our advocacy is supported by science.  Studies show that children placed in juvenile detention centers are more likely to re-offend and be placed into the adult prison system. Considering that a lot of these school-based arrests are for non-violent behavior rather than serious threats to the school environment, it is evident that we must choose strategies to boost wellness, cultural responsivity, and inclusiveness so that we can eventually end the school-to-prison pipeline in Connecticut.

Our coalition also realizes that reforming our public school systems in one instance is not enough because when reform fails, the blame is placed on the intrinsic characteristics of our students. Bias reigns, and the question becomes, how can a system created with racist and oppressive policies be reformed to serve the students it was designed to fail? The answer is it can not. Therefore, it must be totally transformed. Here are some of the transformative legislative remedies we are proposing:

U.S. Sen. Chris Murphy joined the movement to remove SROs when he announced the “Counseling Not Criminalization in Schools Act.” Since then, several other cities have also taken the necessary steps to remove SROs from public schools. This affirms what we already knew. This is the moment for all of us on the front lines to come together and stop the school-to-prison pipeline. Removing police from schools is just the first step and immediately changes public safety in our schools. It is time we put a stop to policing in our public school systems and end the use of SROs.

It is long overdue that we ensure a schooling environment that provides equitable educational opportunities to students of color.  To do so, our schools must have at the minimum on-site crisis response teams and fully staffed teams of credible community-based messengers who are experts in restorative justice, conflict resolution, and child development.  In short, we are calling on Connecticut’s elected leaders and local officials to invest in alternatives to SRO’s and policing in our schools so that our schools are safer for all students, especially Black and brown students.