HB 6671: Finally a step toward ending legal abuse in the juvenile justice system 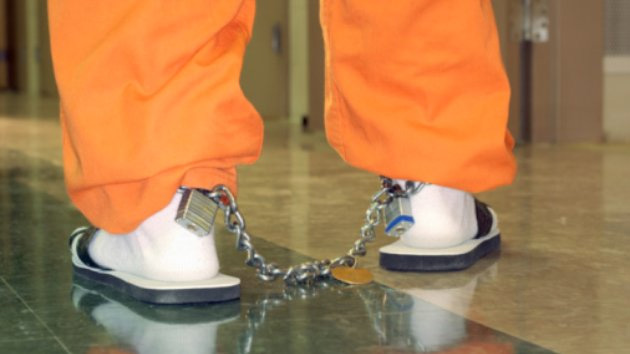 Minors are legally abused in a system supposedly based on principles of fairness and equality because they are unaware of their rights. Innocent young people are exposed to traumatic experiences that not only harm their development but haunt them for life. The United States incarcerates young people at a rate higher than any other country with about 44,000 youths locked up behind bars. In Connecticut, 23 youths are detained awaiting trial, a majority of them minorities. Minors need their own lawyers in this system.

For juveniles, lawyers are not only necessary in the courtroom. Lawyers can help facilitate entry into programs which serve as alternatives to incarceration. Children are not meant to be locked up. They need education and productive activities to further their development. The deeper youth go into the correctional system, the smaller their chance of receiving support in their development and ability to return to society. Children in the prison system are stripped of all basic necessities, increasing their risk of mental health deterioration and suicide.

In 1967, the United States Supreme Court held in In re Gault that children have the right to legal representation in judicial proceedings. Justice Abe Fortas wrote in his majority opinion that “juvenile(s) need the assistance of counsel to cope with problems of law, to make skilled inquiry into the facts, to insist upon regularity of the proceedings, and to ascertain whether (they have) a defense and to prepare and submit it.” However, in practice, states including Connecticut, have failed to protect this right.

Connecticut presently considers a child’s financial status prior to deciding whether to appoint counsel. The current eligibility standards bring up serious problems as children can be left without representation at critical times, even before hearings in court.

The provisions in Connecticut House Bill 6671 provide the right to counsel for all minors under the age of 18, even absent a request and regardless of their financial backgrounds. It makes inadmissible any statements made without a lawyer present. The implementation of House Bill 6671 will ensure juveniles have a voice on the outcome of their cases and their futures.

Nevertheless, the current funding of the Division of Public Defender Services is not sufficient to effectively guarantee counsel for all juveniles. In a recent survey, 75 percent of Americans favor an increase in funding to provide more public defenders to represent youth in court. The bill will allow for more young people to request public defender services. In order to meet this crucial need, additional funding for the Division of Public Defender Services must be included.

Despite the good intentions of the bill, opponents including the Connecticut Division of Criminal Justice object to certain sections of it. The Connecticut Division of Criminal Justice argues that Section 7 of House Bill 6671 strips guardians of their right to waive counsel and complicates juvenile investigations and testimony.

Currently, guardians and parents are able to control the outcome of a child’s case. This leaves children to be mere spectators to their own judicial proceedings. Often, guardians’ or parents’ decisions regarding counsel for their child can negatively impact the outcome of cases. Lawyers hired by parents or guardians tend to only account for the parents’ or guardians’ interest which may differ from the child’s interests.

Glenn Falk, a retired Connecticut special public defender with experience representing juveniles, knows of “many cases where the adults or the guardians have asked for the juveniles to be locked up. They were at the end of their rope when it came to supervising their own children. There needs to be somebody to speak for the interest of the child in such cases.” Parents or guardians should not have exclusive power to influence the outcome of cases because juveniles themselves will have to face the consequences of all decisions made for the rest of their lives. Juveniles need an individual who only represents their own interests to guide them through their proceedings.

Past Connecticut Supreme Court decisions made admissible certain juveniles’ statements in adult court and in transferred cases back to juvenile court. Statements are admissible if they are made after juveniles are properly advised of their rights, even if they are not made in the presence of a guardian or a parent. These juveniles’ statements are assessed for admissibility under the “totality of the circumstances” test.

The current system does not take into account the unfair power dynamics children face in the presence of authorities. Law enforcement officers have at their disposal coercive tactics that can lead to false confessions or disclosures of information from children that could be used against them in court. Children are more susceptible to manipulative tactics as their brains are still underdeveloped. Studies have shown that brains do not fully develop until the age of 25. Minors’ actions tend to be guided more by the amygdala, which mediates fear and other gut reactions, and less by the frontal cortex, which controls reasoning allowing for thoughtful and logical decision-making and assessment of situations. Without a lawyer present, a child is likely to act in fear without proper knowledge of the consequences.

Implementation of House Bill 6671 will more fully protect the rights of juveniles in judicial proceedings. However, a provision must be added for additional funding to the Division of Public Defender Services in order to ensure every juvenile will be able to receive counsel. By passing House Bill 6671, Connecticut will finally protect the rights given to all children under the Fifth Amendment privilege against self-incrimination.

It is time for Connecticut to protect the welfare of juveniles and House Bill 6671 is an important step in the right direction.

Chayapa Sukhum is a student in the public policy and law program at Trinity College.