CT residents move to the cities, taking taxes with them 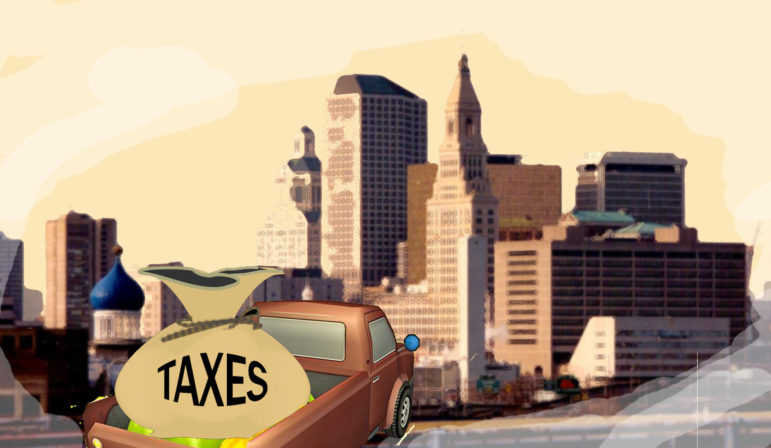 In the blink of an eye, most towns in Connecticut will be expecting the next property tax check from property owners. And most people writing those checks will ask themselves, as they do semi-annually, “just what am I paying for?”

Mill rates in Connecticut vary from town to town by more than five hundred percent, so, it is not idle to inquire about value received by taxpayers. I’ve spent a couple years measuring the conventional signals of tax value received. These signals include numerous elements from property values and the durability of those values, to school quality and income clustering. None of those signals provides any more than an anecdotal explanation of why property tax rates should be as place specific as they are.

I then turned to the worldwide trend of urbanization – people moving in ever faster rates to more densely populated areas in order to avail themselves of economic, cultural and social opportunity – and now consider if Connecticut residents might be mirroring that trend at some measurable scale.

First, it is apparent that growth in our cities is significant. The portion of Connecticut’s population living in our five largest cities increased from 17.68 percent in 2010 to 17.83 percent in 2017.  During this same period, the state’s population grew just under .3 percent. The populations of some towns increased more than 4 percent, while most towns lost population. The consistent growth of the cities in this context demonstrates that we Nutmeggers are part of the long-term movement toward the opportunities cities offer.

Cities, though, aren’t for everyone. Characteristics of more densely populated areas also include exposure to diversity in views, cultural traditions, and languages. For many people, the economic opportunities in the city are compelling attractions to urban life. Others are willing for forgo those opportunities to achieve other values. Increasingly, those values have included being around people that they perceive as being like them.

Preferring, generally, the company of people we feel are like us – social scientists call it homophily – is a near ubiquitous characteristic of all animals, including the human animal. As a familiar example, I refer to the inevitable and prompt self – separation of the men from the women at nearly every dinner party. A preference for a form of in-group should not be confused with hostility toward some other out-group. That I may occasionally prefer the company of other tax attorneys includes no element of dislike for some other profession. People naturally sort themselves on any number of qualities, without implying exclusion of others. This sorting does become problematic, however, when it segregates us. Inter-group contact raises trust. Segregation lowers it.

What values are there to people who choose not to move to more urban areas? Any number of quality of life, sentimental, and other subjective reasons affect residence decisions.

For a consistent, objective measure, I use the lodestone metric of property taxes. No town meeting or local political campaign can occur without repeated invocation of property tax rates. Using a calculation called correlation, I looked for the characteristics of towns with persistently low tax rates. Age and racial diversity of the population turn out to have significant relationships with these rates.

The median age in Connecticut is 40.6 years, a little older than that of the country overall at 38.1. From 2010 through 2017, the median age in the state went up 1.3 years, while that of the country overall went up 219 days (.6 year). Changes in the median ages of residents of towns in our state varied from increasing nearly 12 years to declining 4.5 years. Plainly, migration within the state is taking place. One of the effects of younger and racially diverse people moving to cities is that the population mixes of the towns they are leaving are becoming older and more racially homogeneous.

In the same way, towns with larger portions of the populations identifying as racially white only (not Hispanic or Latinx) maintain even stronger relationships with lower property taxes. This association also gets more robust over time, inversely growing from -.57 to -.58.

To be sure, correlation is not causation. We cannot say with statistical confidence that having an older, less diverse population causes property taxes to stay low. In the same way, younger, diverse cities cannot attribute higher taxes exclusively to the age and racial mix of their residents.

We do know that the residents of every town decide what they want to pay for and vote accordingly. The implied risk of the current trends is that Connecticut will inadvertently segregate itself by age, race, or other factors. Towns in our state have the local authority to take steps to preserve inclusivity and the influence of every voice, and should deploy that authority for the greater good.

Dan Smolnik is a member of the Hamden Economic Development Commission. He also sits as Vice Chair of the Tax Section of the Connecticut Bar Association and serves on the Internal Revenue Service Taxpayer Advocacy Panel. The views expressed here are exclusively his own.

9 thoughts on “CT residents move to the cities, taking taxes with them”