Dems should commit to ending arms sales to dictatorships 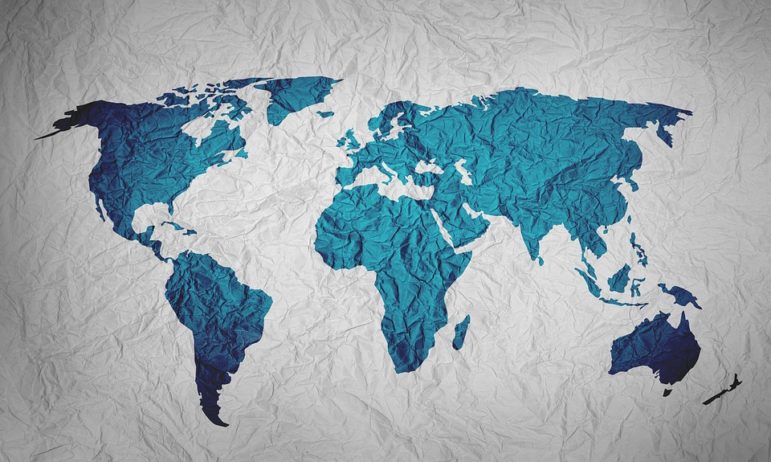 Within the cottage industry of 2020 speculation, a particular question keeps popping up: what does a progressive foreign policy look like? Journalists lament the lack of discussion of international relations and try to parse candidates’ limited statements in their news stories.

Connecticut’s Sen. Chris Murphy almost always gets a quote included — usually some vague combination of more multilateralism and fewer military entanglements is the article’s conclusion. But what about a specific, simple and bold proposal?

The Democratic presidential candidates should commit to ending all American arms sales and military assistance to dictatorships. It sounds so elementary (and it is), but it’s a policy that has eluded every postwar administration.

American military support for authoritarian governments was honed during the Cold War, but has continued to the present, a misguided strategy then and now. By supporting any nominally anticommunist regime (or the “antiterrorist” regimes of today), no matter how repressive, we made plenty of enemies among freedom-seeking people. And our new allies never delivered tangible benefits. Our ultimate victory in the Cold War — the collapse of the Soviet Union — had nothing to do with having a menagerie of dictators in our back pocket.

Instead, every autocrat we propped up was a propaganda victory for the other side, allowing them to muddy the waters between a democratic and a communist-led world. We still mindlessly participate in this race to the bottom, breeding anti-American resentment and extremism. America’s unique advantage over China and Russia is our (putative) commitment to democracy and human rights; when we abandon that, the only beneficiaries are Beijing, Moscow and terrorist groups around the world.

Some may point to American matériel sent to the USSR during World War II as an example to justify providing arms to unsavory regimes in the name of the greater good. But that’s the exception that proves the rule. Do we really face any military nemesis today as dangerous as Nazi Germany? The advent of atomic weapons since 1945 has moreover rendered this question irrelevant. Our nuclear deterrent means that we never have to face that sort of existential military threat again. Building up other countries’ militaries simply doesn’t move the needle in that respect.

And yet we continue to sell arms and provide training to authoritarian nations like Saudi Arabia, Thailand and Egypt. In the Senate, Murphy, along with Mike Lee of Utah and presidential hopeful Bernie Sanders of Vermont, have pushed hard to end American support for Saudi Arabia’s brutal war in Yemen. But must it take a massive humanitarian catastrophe for us to act? The U.S. shouldn’t have to keep belatedly reinventing the wheel whenever one of our allies commits these atrocities. We should know that dictatorships are predicated on torture, repression and crimes against humanity.

The 1997 Leahy Law already prohibits American assistance to individual foreign military units which violate human rights. While well-intentioned, this law is underutilized and far too narrow. It’s frankly absurd to think that any military unit could be trusted in an authoritarian system, where accountability is nonexistent. The Democratic candidates should commit to immediately prohibiting all military aid to dictatorships by executive order upon taking office, then pushing Congress to enact a permanent law, with no loopholes or national security waivers.

Barack Obama’s administration enthusiastically (if quietly) sold weapons to autocrats, but Donald Trump’s ostentatious embrace of strongmen has finally refocused Democrats’ attention on the issue of human rights in foreign policy. While we fight a slide toward authoritarianism at home, we need an ironclad commitment to cease collaboration with dictators abroad.

Andy Gottlieb is a Democrat from Guilford and former candidate for state Senate in the 12th District. He is a graduate of the Johns Hopkins School of Advanced International Studies, where he concentrated in American foreign policy.