Drunk, distracted or don’t care — reckless drivers are a menace 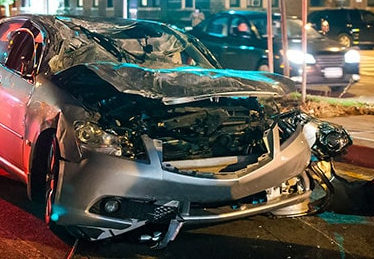 The National Highway Transportation Safety Administration reports that during 2017, 102 people died on America’s roads each day: 37,133 fatalities for the year. Many thousands more were injured – some permanently. About 70 percent of traffic accidents occur within 10 miles of home.

I live on Greens Farms Road in Westport. Twice during the last six months, with my car at a standstill within 1,000 feet of my home, I’ve watched as on-coming cars careened toward me at high speed.

One beautiful Sunday afternoon last fall, after finishing a 5K race, I got into my car to head toward town center and the library.

I pulled to a stop at the T-intersection close to my home, thinking about the errands I planned to run. To my left, on the long arm of the “T”, a car had completed its stop and was making a left turn, pulling into the traffic lane ahead of me. As this car turned into the intersection, a mini-van flew through the stop sign opposite me – not even a tap on the brakes to acknowledge the stop. To avoid the car in the intersection, the mini-van sheared left, crossed the yellow line and headed right for my 1991 Honda Civic SI – a great little car to drive, but no match for a bruising head-on collision with a van twice its size. I leaned on my horn. Suddenly the driver veered again. The van, apparently driven by a woman with small people in the back pulled onto the grass beside me. She took a quick look around and roared off again – perhaps a little more sedately; possibly just glad she didn’t have to stop for a ticket.

After a moment or two, I shifted into gear and pulled away from the stop sign – on toward town and my mundane errands. My heartbeat shifted from overdrive back to normal but images of that van coming at me remained vivid.

Last evening about 8:30 in the evening, my husband and I were returning from dinner with friends. We approached our home; there was a slight mist in the air, but no real rain. I was driving and pulled to a stop a few feet in front of our driveway. Headlights and left-turn signal on, I waited for passing traffic to clear so that I could turn into our driveway. One, two, three cars….then a fourth, champagne-colored, and going fast.

Suddenly the car was crossing the double yellow line headed for my Honda. I could almost feel the skin of my car’s wheel wells and front door being crushed and the interior of my car pushing into my body. From a dead stop, going forward wasn’t an option; neither was turning. I hit my horn. Just a whisper away from a crash, the driver turned his or her wheels and careened on down Greens Farms Road – on their side of the yellow line. No slowing down. No looking back. I turned into our driveway glad to be intact and off the road.

1. Drive defensively. Keep your eyes open. Most likely I was lucky, very lucky, not effective. Did sounding my horn cause either driver to veer off? I’ll never know, but be aware of what’s going on around you, and do what you can to keep yourself and your passengers safe.
2. When you’re driving, remember it’s not really cool to text, speed in 25mph school zones, or on country roads on a Sunday morning. Hitting a person or a beloved pet will be more than an inconvenience, it will be a life-changing event. If you really don’t care about the people and animals around you, remember that the life you save may be your own.

3. Be grateful. Every day for the life that you have on this earth, in whatever condition you find yourself. Make it your plan to do some good. Making another person smile counts.

One thought on “Drunk, distracted or don’t care — reckless drivers are a menace”