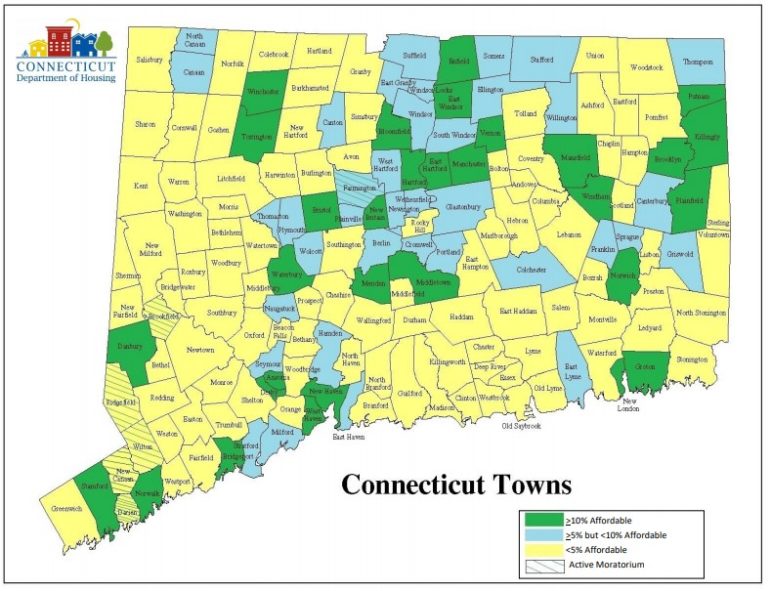 Throughout the last decade, I’ve worked in several capacities within the affordable housing sector, and one thing has stayed true: It’s very difficult to enact meaningful reform in Connecticut — appropriately labeled the Land of Steady Habits.

Legislators, advocates, government officials and others tend to agree in principle that affordable housing is important when it comes to supporting our state’s most vulnerable, spurring economic development and diversifying our towns and cities. However, the exact methodology by which Connecticut could implement meaningful reform is often a point of great contention.

Under the administration of former Gov. Dannel P. Malloy, a great deal of progress was made when it came to funding the development or redevelopment of affordable housing units across the state. From 2011 through 2018, Connecticut:

The Malloy administration also convened a limited-scope task force known as the Fair Housing Working Group, chaired by former Housing Commissioner Evonne M. Klein and State Rep. Roland Lemar, D-New Haven. This bipartisan, diverse  group’s charge was not easy. Its mission was to provide recommendations to overhaul the state’s antiquated local zoning laws, which have perpetuated segregation in Connecticut for decades. Most people do not realize that local zoning laws are a privilege afforded to our towns and cities through state statute, effectively making them a state power that has been passed on to the municipal level.

While unsuccessful at the time, the working group did begin a dialogue that has only grown in recent months. With the formation of Desegregate Connecticut, a coalition of lawmakers, advocates, attorneys and others who are dedicated to implementing widespread change, the state is now uniquely positioned to tackle an issue that will be essential to our economic recovery in the age of COVID-19: zoning reform.

I’ve learned that zoning and affordable housing issues rarely take center stage under the gold dome, but I’ve also learned that these issues are likely more controversial than any of their counterparts. Zoning reform would help to spur our economic recovery because it will ease the opposition’s arguments within the communities that are opposed to development and who have grown very articulate over the years when it comes to denying multifamily housing altogether — usually under the guise of preserving the town’s character, being worried about the overcrowding of school systems or concerns over a lack of parking.

The facts speak for themselves. Communities with a diverse housing stock are vibrant, they thrive socially and economically, and they provide upward mobility to so many individuals and families — allowing them the chance to attain the American Dream, which is too often out of reach.

The Connecticut Department of Housing releases annual town-by-town data for how much affordable housing is in each community. The last time they compiled this list was in 2019, but the last time it was mapped was in 2017. This compelling visual shows just how much we still have to do.

If we work together, even though it’s already been 52 years since President Lyndon B. Johnson signed the Fair Housing Act into law, we can make the 2021 legislative session historic. And it wouldn’t require any state level appropriation, an attractive incentive when our coffers are already so constrained due to the pandemic.

Since we’re already seeing certain leaders in Washington D.C. roll back transformative measures like the Affirmatively Furthering Fair Housing rule, we have an obligation here in Connecticut to enact meaningful reform that can stand for generations to come. It would be life-changing for the most vulnerable among us, it would create thousands of well-paying jobs, and it’s long overdue.

The time to act is now, let’s work together to desegregate Connecticut.

Dan Arsenault is a former state Department of Housing official, overseeing the agency’s legislative and communications program under the administration of former Gov. Dannel P. Malloy.