Explicit consent for pelvic and prostate exams: A case for CT House Bill 5067 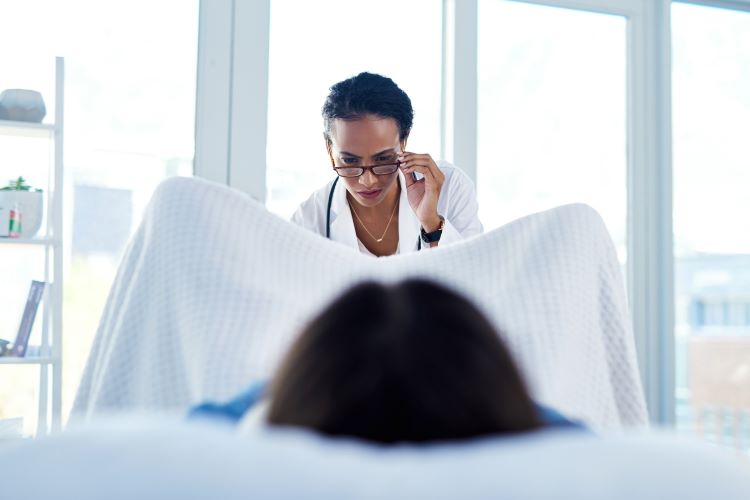 Medical distrust is hard to heal. It may linger for generations, being passed down along with china sets and pocket watches. Its presence complicates good medical care since wary patients are less inclined to believe their doctor’s counsel. In order to heal long-standing divides between patients and doctors, medicine needs to be responsive to persistent calls for change. Obtaining explicit permission for examination of a patient’s sexual organs is one such area, which many parties have been requesting for over 30 years.

Fifteen states (including New York, Virginia, and California) already have laws requiring explicit consent for intimate medical exams, and seven states including Connecticut and Massachusetts are proposing such laws this year. Connecticut’s bill (HB 5067 this year) has been proposed for the last three years but has never made it out of the public health committee despite many calls for a public hearing.

An unconsented intimate exam means a doctor or medical student conducts an exam on a patient’s intimate body parts usually for teaching purposes when patients are awake or under anesthesia without asking the patient for explicit permission. The American College of Obstetricians and Gynecologists, the American Medical Association, and the Association of American Medical Colleges, along with legal scholars and ethicists , have condemned the practice, but cases of unconsented exams done on patients with others present continue to surface.

We know unconsented intimate exams take place because doctors, students, and patients are speaking out against this “lingering stain on the history of medical education” and sometimes leading efforts to change laws in their states. Other doctors and students are confiding in trusted colleagues and advisors, such as researchers and medical ethicists, to privately express angst and shame for having touched or watched their colleagues touch patients in order to learn without their permission. We have each been approached by friends, students, and clinicians who have taken part in (or received) these exams and wish to see the practice end. But they feel they can’t speak out for fear of upsetting the rigid hierarchy and culture that patients ought to be available ‘on demand’ as the subjects of teaching that still prevails in some medical and osteopathic schools. While many physicians properly practice informed consent, some do not. All patients deserve a physician who properly practices informed consent.

Reported cases and recent surveys of medical students inform us of male and female patients who are awake during unconsented pelvic or prostate exams and others who are anesthetized. Some cases involve clinical care but most relate to training exams.  A few patients receiving medical treatment unrelated to gynecological care still received unconsented vaginal exams (here, here, and here). And in a recent survey, nearly three-quarters of medical students who performed pelvic exams on anesthetized gynecologic surgery patients believed the patients had not consented to a student exam.

Some doctors may say that intimate regions are no different than any other body part, so we shouldn’t get so worked up about explicit consent. This detachment may help doctors maintain professionalism, but at the same time it distances them from the patient’s intrinsic conviction that their intimate regions should only be touched with permission. And doctors do know that many patients experience anxiety, shame, and embarrassment during an intimate exam – emotions not felt during an exam of their wrist or ankle.

These feelings may be compounded when the patient is a survivor of sexual assault, a person of color, is clinically obese, has a disability, or is a member of the LGBTQ community. Explicit consent isn’t difficult. It just requires a few extra check boxes on the consent form along with an honest conversation. Many physicians understand this, and already practice proper informed consent.  Other doctors fear that the explicit conversation will damage the doctor-patient relationship, but the opposite is true: transparency builds trust and demonstrates the doctor’s respect for the patient. Surveys show that patients are overwhelmingly willing to participate in training exams on their intimate regions – but only when asked.

Simply put, explicit consent matters enormously to patients, so it should also matter enormously to doctors and hospitals. By embracing this law, Connecticut hospitals, health care workers and legislators can play a pivotal role in promulgating ethical care and trust between doctor and patient.

Lori Bruce is an Associate Director at Yale’s Interdisciplinary Center for Bioethics and on faculty at the Bioethics Program of the Icahn School of Medicine at Mount Sinai with Clarkson University. Arthur L. Caplan PhD. is a Drs. William F. and Virginia Connolly Mitty Professor of Bioethics at New York University Langone Medical Center and the founding director of the Division of Medical Ethics.

No way to run a healthcare system