Fear mongering has no place in CT toll debate 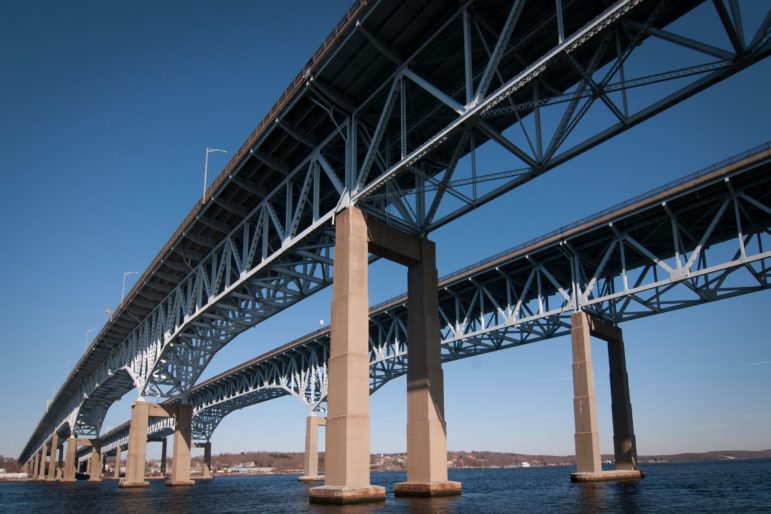 It’s a shame that public debate over highway tolls has fallen to flat out fear-mongering.

In their recent op-ed, writers Sean Goldrick and Gail Berritt say with zero regard for the facts that Connecticut needs highway tolls to fix its structurally deficient bridges and prevent another Mianus Bridge collapse, which claimed five lives in 1983.

They point out that the I-95 Byram River Bridge in Fairfield County is considered “structurally deficient” and ask, “How many people will die this time if the Byram River Bridge collapses, not in the middle of the night, but at 5 p.m. on a Friday?”

One doesn’t have to search the Federal Highway Administration website very long to find that “structurally deficient” is an industry term that simply means the bridge will require more maintenance – not that it is, in any way, in danger of collapsing.

The FHWA could not, in fact, be any more clear, saying: “The classification of a bridge as structurally deficient does not mean that it is likely to collapse or that it is unsafe.” Saying the opposite shows a disregard for the people of Connecticut who pay for bridge and road upkeep.

It also shows the writers don’t have much confidence in Connecticut’s government to actually protect the public — all the while advocating that drivers send another $800 million to Hartford in the form of tolls.

The Connecticut Department of Transportation, which received $620 million in 2018 from the Special Transportation Fund, is responsible for inspecting, maintaining and fixing state-owned bridges. Implying that the department is too inept to shut down a bridge on the verge of collapse does not give the public confidence that toll money will be spent wisely on issues of vital public safety and infrastructure.

Even without tolls, Connecticut has the second lowest percentage of structurally deficient bridges in the Northeast, according to the Federal Highway Administration. As of 2017, just under 8 percent of the state’s total bridges were considered “structurally deficient.”

The state shares responsibility for maintaining some bridges with local governments, so the percentage of structurally deficient bridges the state is actually responsible for maintaining is around 4 percent, according the state’s own numbers.

All bridges, over time, become structurally deficient and require more maintenance. It doesn’t mean they are going to collapse or are unusable. If a bridge is dangerous, the state would close it.

The Mianus Bridge collapse spurred the creation of Connecticut’s Special Transportation Fund in order to support transportation development and maintenance in Connecticut. It’s a fund that has been repeatedly used by lawmakers to help close budget deficits over the years, to the point where voters had to approve a constitutional “lock box” to prevent any more raids.

But, of course, there are other ways to get those  funds. Instead of a raid, pro-toll lawmakers substitute the word “diversion” or “transfer,” actions not protected by the lock box.

Gov. Lamont proposed a “diversion” of vehicle sales tax revenue to the Special Transportation Fund that would have amounted to underfunding that fund by $1.19 billion over five years. The legislature passed a watered-down diversion, undercutting the special fund by $171.6 million over two years. Lawmakers will likely seek more diversions when they craft the next biennial budget.

If Gov. Lamont or the legislature is worried about collapsing bridges, they certainly have a strange way of showing it.

But the push for tolls is – and always has been – a revenue grab by politicians trying to institute another tax on Connecticut families to make up for years of fiscal mismanagement and poor transportation spending decisions, which they have yet to make any meaningful effort to correct.

We’ve all heard the claim that every state has tolls. Sure, on some roads or bridges. But no state tolls every existing lane of every interstate highway, which is being proposed in Connecticut.

Falsely telling everyone that Connecticut’s bridges are about to collapse is fear mongering — probably not the best way to build trust and confidence in Connecticut’s state government to wisely manage $800 million more in taxpayer dollars.

Sasser is founder of Stamford-based No Tolls CT.