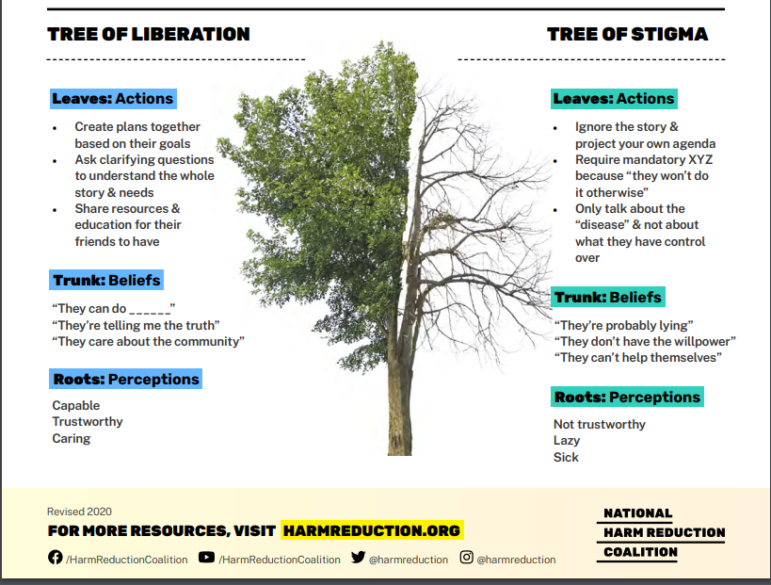 Recently we took care of a patient who had experienced over 10 opioid overdoses in the last two years. He had multiple infections related to injection drug use. He was in and out of jail where he did not have access to life-saving medication therapy for opioid use disorder. His story is not uncommon; in fact, a leading cause of death following incarceration is drug overdose. In Connecticut more than half of those who die by overdose have a history of incarceration.

Despite our state’s continued rise in overdose deaths and a clear harmful relationship between criminalization and overdose, Connecticut legislators have not learned the lesson of the failed War on Drugs. If anything, some legislators want to further entrench these failed policies as the current legislative session has seen several proposed bills that would further the criminalization of drug use and increase risk of overdose. Instead of doubling down on the criminalization of drug use, legislators should be looking toward increasing access to harm reduction services, an evidenced-based approach to supporting people who use drugs that is humanizing and has been shown to reduce overdose deaths.

The state will soon get a boost in supporting harm reduction services from Washington with the signing of the American Rescue Plan Act on March 11 by President Biden. This sweeping bill includes targeted funding for harm reduction services, of which Connecticut is estimated to get $18.2 million. As the state moves quickly to distribute this money, it is imperative that they support harm reduction efforts that are engaging in the most marginalized people who use drugs, and not retreads of failed efforts that have seen overdose deaths continue to rise.

Laws criminalizing drug use are not only ineffective in reducing drug use, but also harmful, shunting people who use drugs to our prisons and jails and not toward treatment. In addition, they have a disparate racial impact. Despite similar rates of drug use, people of color are more likely to be incarcerated for a drug crime. Fifty years after President Nixon declared a “War on Drugs” rates of drug use have not declined and overdose rates have increased. People who use drugs are often driven into hiding by stigma and fear of criminalization. Marginalizing people who use drugs increases unsafe use practices, increasing the risk of overdose and HIV transmission, and decreases healthcare engagement when desired.

The criminalization of drug use is rooted in racism, stigma, and control. We are long past the time for change. While some may say decriminalization and harm reduction may worsen the overdose crisis, many other countries that have decriminalized drug use and integrated policies that reduce the harms associated with drug use, have seen overwhelmingly positive results. Following their decriminalization efforts, Portugal saw an 80% decrease in overdose deaths and   the Czech Republic saw a drug-related mortality rate 70% lower than the European average.

Harm reduction, an activist movement started by people who use drugs and now a widely accepted public health strategy, is rooted in equity, justice, and autonomy. Harm reduction includes both political changes like decriminalization and legalization, and health practices such as overdose prevention centers, syringe services programs, and other strategies to reduce the harms associated with drug use. This holistic and humanizing approach changes the script about people who use drugs and most importantly saves lives. Harm reduction has been proven to be effective, safe, and cost-efficient.

Even with the growing evidence in favor of harm reduction and against criminalization, Connecticut has refrained from making the major progressive changes that could reduce the number of drug-related deaths, reduce spread of infectious disease associated with drug use, and increase the services available to people who use drugs. In fact, what minor efforts have been proposed, such as those by the Department of Corrections to expand access to methadone and buprenorphine in prisons and jail, have not been implemented with the urgency the moment requires. A full two years after getting funding to expand the program, not all people incarcerated in our state have access to these life-saving medications.

We call on Connecticut legislators and officials to oppose legislation that further criminalizes drug use, uplift legislation that supports people who use drugs and distribute the incoming federal funds in a way that dramatically expands support for harm reduction services and invests in innovative approaches to provide care. The state needs to provide support for people who use drugs while remaining transparent about the process of funding distribution. This includes investing directly in a community-based harm reduction workforce, piloting overdose prevention centers, and expanding drop in centers. Furthermore, the state needs to acknowledge the legacy of the failed War on Drugs and target funds for racial groups disproportionately harmed.

We cannot stand idly by as opioid overdose deaths continue to rise. Washington has provided us a chance to move Connecticut in a more equitable direction and put the War on Drugs in the past. Let’s push our state to do the right thing.