During Black History Month, I frequently think about my great-grandfather who was born a slave in North Carolina in 1834. I think of how he made education such a vital part of his life, as he was allowed to read when reading was against the law for most Blacks. He shared the word of the Bible with the community, and founded the first school in the area for newly freed slaves.

The  one-room Edney Chapel (School) Primitive Baptist Church founded in 1870 not only helped to educate my mother, other relatives and the community but did so well into the mid-20th Century. Today a sign stands outside the Richlands, N.C. site with the founder’s name, my great-grandfather – George Washington Petteway.

To be able to accomplish this was no small feat. He had to be the ultimate politician. He convinced the white county officials to give him the land and allow him to build a church and school on the property. The land could not be used for any other purpose.

More importantly G.W. Petteway instilled in his children the importance of education and how education could help change your life and improve your community and country. I have three sisters who received doctorate degrees, one brother is one of America’s oldest retired Black Army colonels, and another was a successful coach and grade school teacher.

My family always knew that not having the skills or an education could always be used to justly prohibit a Black person from a good paying job. Unlike most immigrants who came to the land of opportunity, Blacks were denied occupations that would allow them to truly accumulate wealth unless they were services white people did not care to perform.

In White’s last speech on the floor of the U.S. House of Representatives, he explained many of the jobs Blacks were not allowed by law to hold. Yet despite such overt racism the Black community realized progress.

Congressman Adam Clayton Powell, Jr., my idol as a youngster, introduced a bill that would become part of the Civil Rights Act of 1964. It prohibited any company receiving federal contracts from discriminating against Black Americans. That bill, along with the Executive Order issued by President Richard Nixon that put teeth into employment practice methods, should be dusted off and enforced rigorously with an Equal Employment Opportunity Commission that would mirror 1978, not the impotent version we have today that allows the big and wealthy corporations and organizations substantial advantages.

Thus, I cringed when white leaders refer to “helping the Black community” by stopping the use of private prisons as President Joe Biden did recently.

We all want to help the downtrodden of all hues, but that does not represent the vast majority of Black people who have played by the rules, worked hard, and yet been covertly denied fairness in employment practices which includes hiring, promotions to all levels of management, compensation, terminations, and retention.

Residents in neighborhoods with high employment and compensation rarely see the walls of prison. Crime rates are extremely low. 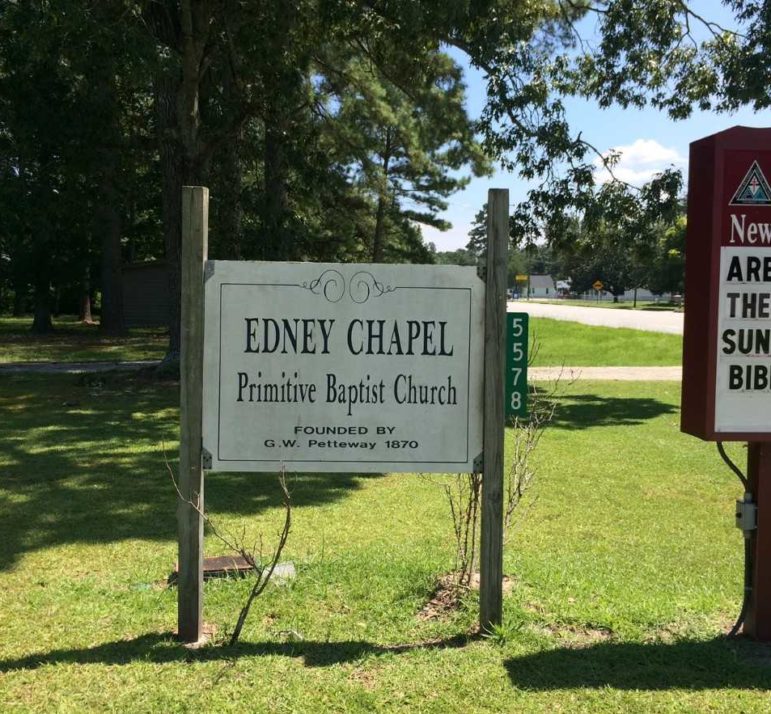 The site of Edney Chapel in Rhodestown, N.C. It is part of the African American Heritage Trail.

G.W. Petteway could not have imagined how Blacks have dominated sports when given the opportunity, thanks to pioneers like Jackie Robinson and Hank Aaron. Blacks have enriched sports and entertainment for everyone’s benefit and enjoyment. For non-government folks, how many Black people work around you?

I hope Great Grandfather would be proud of America today along with the election of his great-grandson to the U.S. House of Representatives, marking the first time a Black had been elected in an overwhelmingly white district —  92%.  But George Washington Petteway always knew that there were a whole lot of good white people in America. That is how he was able to accomplish what he did in 1870.

Gary A. Franks served three-terms as U.S. representative for Connecticut’s 5th District. He was the first Black Republican elected to the House in nearly 60 years and New England’s first Black member of the House.